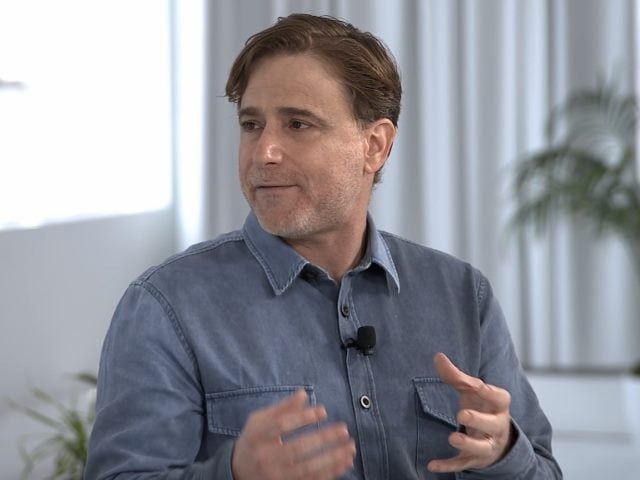 The move to hybrid work and how companies design their rollout plans will be market-driven just like employee compensation, according to the CEO of Slack.

Stewart Butterfield, CEO and founder of Salesforce-owned Slack, shared those thoughts in a Slack product press conference Tuesday, June 29. When pressed to share how exactly Slack will roll out its own hybrid work plan, Butterfield did not offer specifics, saying, “It's an interesting question and I have heard a whole bunch of opinions. I can't say that I really know, just because I think it's going be market-driven.”

Butterfield’s comments come at a challenging time for companies figuring out how their workforce will work coming out of the COVID-19 pandemic, where most of the world went to remote work.

Should we stay remote? Should we go hybrid? Is it back to February 2020 again?

Executives from big tech companies have seen their hybrid work plans and thoughts come with employee pushback (Apple), flipped strategies (Uber) and major public backlash (WeWork) in the past couple of months. And, lest we forget in the Public Backlash Department, Netflix CEO Reed Hastings railed on remote work last fall, calling it a “pure negative” and adding he'd like his workforce to return to the office “12 hours after a (COVID-19) vaccine is approved."

Here’s a snapshot of how some tech companies are approaching hybrid work:

Butterfield? Of course he took one opportunity to tout workplace digital tools and technology when pressed on hybrid work plans in his Q&A Tuesday with Jonathan Prince, vice president of communications and policy at Slack. It is, after all, a digital workplace collaboration app that’s wildly popular and was scooped up by Salesforce last December for $27.7 billion. “I think the right question, instead of how many days per week are people going to be in the office is to what degree has the organization put digital tools and technology at the forefront?” Butterfield said. “To what extent has it started thinking about that software which supports productivity and collaboration being as important as their physical offices?”

Slack does have a formal plan on where its employees work. In June 2020, Slack extended the timeline for its office re-openings beyond Sept. 1. In a statement shared with Reworked.co, a spokesperson said Slack expects to maintain a distributed work environment through at least February 2022.

“We are also navigating the re-opening of our offices around the world, which we approach on a city-by-city basis depending on local government guidance and local COVID-related data,” the spokesperson said. “As of now, most of our APAC offices are open in varying capacities, and we opened our San Francisco office in a limited capacity on June 7, 2021. Slack’s first priority has always been our employees’ health and well-being, and that will continue. While we’re still determining exactly how and when our offices will fully reopen, one thing remains clear: Slack is going to remain a digital-first company, with physical offices serving as just one of the tools available to support collaboration.”

Butterfield said on Tuesday that if you asked him in February of 2020 if it would be possible for all employees to work from home and still maintain the same level of productivity, he would have said no. “And when what you think is impossible turns out to be possible, you've got to kind of question, what else can we change? What else is possible?” Butterfield said.

Slack's planning to approach hybrid work in terms of starting now and how the company can evolve. Butterfield credited that thinking to a “heated discussion” in a recent Slack staff meeting. “This was like a real game-changer in how I thought about it,” Butterfield said. “Rather than think about what's going to be different in the future, when you compare it to February 2020, you’ve got to think about starting from now and how we're going to evolve because you can't unscramble this egg.”

Employees have gained a variety of advantages through the forced move to remote work, he said, such as spending more time with children and moving to another location for a bigger house with a yard, Butterfield said. “You can’t undo it,” he added. “So the kind of simplistic thinking of everything's going to be the same as it was. …We're only going come to the office two days a week, but nothing else changes... I think that's a little bananas.”

Related Article: Did Google Get Its Hybrid Work Plan Right?

Why Hybrid Work Will Be Market-Driven

Butterfield noted somewhere between 35% and 40% of Slack’s employees started post-pandemic. With that, not lost on him is the “huge advantage” afforded by the last 16 months to hire employees from anywhere in the world, including places where San Francisco-based Slack doesn’t have a physical office. “We've never really hired in those places and now we can,” Butterfield said. “And at same time I think we offer employees something that they value more than almost anything else which is flexibility, not just in where they live, but to a great degree, how they spend their time, and when they work.”

That’s why his expectations on hybrid work is that successful plans will be market-driven. It doesn’t seem like the worst strategy as of right now; let other tech companies set the tone — and let them make mistakes — all the while listening to the pulse of the market and employees.

“I can say we only pay our software engineers $30,000 a year, but we just won't be able to hire very many of them,” Butterfield said. “I think, in the same way, three years, five years from now, anyone who has a policy that is unattractive to employees is just not going to have employees.”

Dom Nicastro is an award-winning journalist and radio personality based in Manchester, NH. He currently serves as managing editor for Simpler Media Group's CMSWire covering customer experience and marketing.