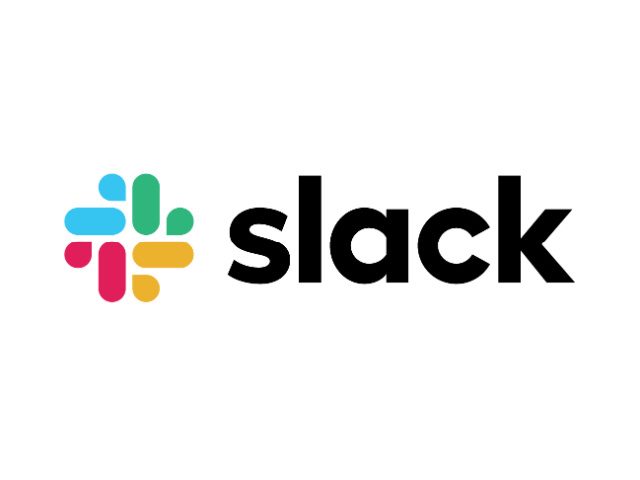 San Francisco-based Slack just shot another bolt out of the blue at Microsoft with a complaint at the European Commission against the Redmond, Wash.-based company for anti-competitive practices and abusing its market dominance to limit Slack’s access to the market.

Slack accuses Microsoft of illegally tying its Teams product into its market-dominant Office productivity suite, thereby forcing it on millions of users, blocking its removal and hiding the true cost to enterprise customers.

“We’re confident that we win on the merits of our product, but we can’t ignore illegal behavior that deprives customers of access to the tools and solutions they want,” said Jonathan Prince, vice president of communications and policy at Slack, in a statement. “Slack threatens Microsoft’s hold on business email, the cornerstone of Office, which means Slack threatens Microsoft’s lock on enterprise software.”

Prince added that the issue is much bigger than Slack vs. Microsoft – the dispute is a proxy for two different philosophies for the future of digital ecosystems, gateways versus gatekeepers.

For his part, Slack CEO Stewart Butterfield posted a Twitter thread to explain why he believes there is merit in the action. It goes without saying that there is a lot in the thread:

David Schellhase, the company's general counsel, added: "Slack simply wants fair competition and a level playing field. Healthy competition drives innovation and creates the best products and the most choice for customers. Competition and antitrust laws are designed to ensure that dominant companies are not allowed to foreclose competition illegally. We’re asking the EU to be a neutral referee, examine the facts, and enforce the law.” Under European Union rules the text of the complaint is not public but there will be a lot more to be said about the dispute in the coming days and weeks.

Since the introduction of Microsoft Teams in 2017, questions about the future of Microsoft-owned Yammer have lingered for those enterprises that adopted both. Last year at Ignite, Microsoft's annual developer conference, it looked like Microsoft had settled on an answer. The company even explained where it fits in with Teams, explaining that Teams should be used for small teams while Yammer is for wider communication across the enterprise.

To underline that, it announced that it was giving Yammer a complete makeover to enhance its role as an enterprise tool. That brand new Yammer is now rolling out to the public. In the original announcement last year, Microsoft said the new Yammer experience would offer capabilities and integrations to enable better leadership engagement, corporate communications and knowledge sharing across Microsoft 365. As well as offering those features to the public, it has also unveiled a few more.

In a post about the new release, Yammer general manager Murali Sitaram announced that Yammer groups have been renamed communities and summarized other new changes. Users can now:

The objective is to build Microsoft 365 communities that will also be facilitated by the new Communities app for Microsoft Teams and will integrate the two products and enable teamwork anywhere in the enterprise.

There is a more detailed list of new additions that will be available in the coming weeks and months but a couple of features stand out for their ability to enable easier access to content and enhance collaboration.

The first is the ability to engage with Yammer conversations directly from the Outlook inbox, moving it closer to the ideal of creating a single place to work. Those users that access it from Outlook will be able to see the full Yammer conversation and reply directly from the email notification without having to switch applications or open a browser.

One other social network request from digital workplace workers is on the way in the new Yammer, notably the ability to add external guests in Yammer communities. This means users will be able to add people from outside the organization to Yammer communities using Azure B2B, which ensures administrators can manage user data, privacy and compliance.

There will be more on this as the Yammer story continues, but the release of this "new" Yammer and the added investment should put an end to speculation that it will just be sucked into Teams.

Given Microsoft’s insistence that Yammer is to enterprises what Teams is to departments and groups, it seems clear that Microsoft is keeping the two separate and is increasingly refining its forward-looking strategy for Yammer, something that has been missing since it first bought the platform in 2012.

Microsoft Lists Rolls Out To Microsoft 365

The Lists app is based on SharePoint's lists feature but it offers an improved user experience and can be accessed from any device. Users can track information, organize work and create new lists or embed an existing list directly in a Teams channel, thereby combining lists side-by-side with conversation.

Lists is yet another move by Microsoft to create a single place to work. Built inside the Microsoft ecosystem on the Microsoft 365 platform, Lists tracks information by connecting apps like Teams, OneDrive and the other workplace apps.

In effect, Lists is a project management tool designed specifically for Microsoft. Many enterprises are already using apps like Trello or Asana to manage projects but not all of them are going to work smoothly with Teams or the rest of Microsoft 365. Lists is designed to overcome this.

Workers can use Microsoft Teams to collaborate on lists, using flexible views like grids, cards and calendar. This brings content and conversation side-by-side in an integrated experience. From there you can either add an existing list to a Teams channel or create a new list directly in Teams and chat on individual list items.

With Lists for Microsoft Teams, the company is making it easier to track work and in doing so enable collaboration across the enterprise by giving all Microsoft apps the ability to pull data from those lists. With so much information in all the Microsoft 365 apps, anything that makes it easier to manage and organize data is going to be an important addition to the digital workplace.

Because Lists plugs right into Microsoft 365, it even allows other Microsoft 365 apps to pull data from it. Lists can show up in the Microsoft Graph as searchable content.

Getting Your Mmhmm On With Your Favorite Videoconferencing App

On the lighter side of the digital workplace, ex-Evernote CEO Phil Libin unveiled a new app called Mmhmm this week. According to a video presentation by Libin, Mmhmm will enable workers to virtually share their screen with other people while also remaining in the picture.

But it's more than just a screen share. The app will let you share your presentation, a web browser or even a live newscast by adding a virtual camera into your regular Zoom or Google Meet calls.

It comes just as enterprises are coming to grips with the post-coronavirus era where videoconferencing will be a daily affair and play an increasingly important role in business. "It's not trying to replace how you normally have meetings or talk about or stream content on video, it just tries to make it better," Libin said in the demo video for the app:

There is nothing light-hearted about the funding. Libin announced the company has raised serious money, including $4.5 million from Sequoia Capital for All Turtles, the studio Libin founded after he left Evernote.

Finally this week, San Francisco-based Cortical.io has released a new version of Cortical.io Contract Intelligence, an AI-based solution for enterprises that need to review and manage a large number of contracts and other legal documents.

Contract Intelligence uses its patented natural language understanding approach to extract, classify and analyze relevant information in documents with a degree of accuracy that is difficult to achieve with manual labor. The goal is to use semantic search to improve contract management workflow, significantly reducing the time it takes to review contracts and providing an increased level of accuracy.

Cortical.io Contract Intelligence is ideal for organizations that need to review or search thousands of legal documents a year. It is available immediately as a stand-alone application or can be integrated into a workflow using REST APIs.