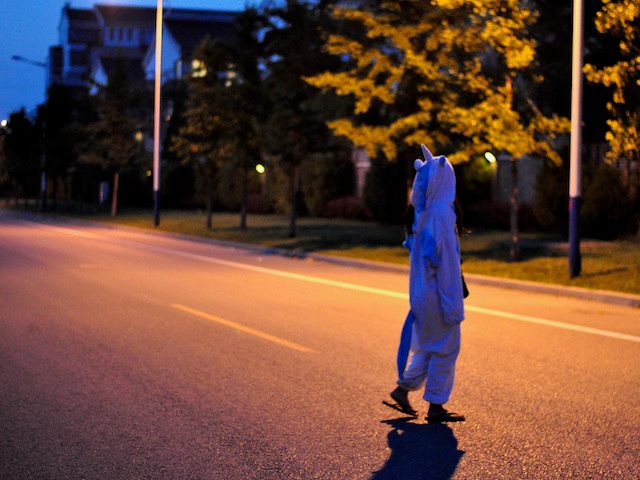 The Myth of the Digital Workplace Hub

“I just want one place to go for everything” is a common refrain I hear from employees when discussing their digital workplace. You’ll also frequently hear software vendors and consultants talk about intranets (and more recently Microsoft Teams) as being a ‘digital workplace hub,’ a ‘single pane of glass’ or an ‘enterprise front door.’ On the surface it sounds appealing because it sounds simple, but I reckon that if you ever achieved it, you wouldn’t want it. It’s a bit like how a one-stop-shop sounds like a convenience store but turns out to be a mega-mart.

Usually when people pitch the idea of a single entry-point, they visualize something like this: 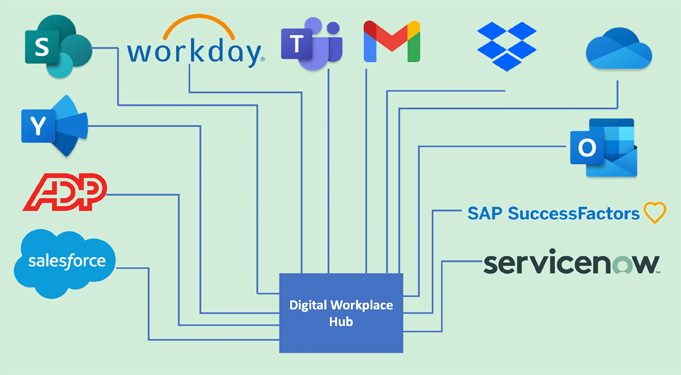 The implication is that everything routes through one place, usually an intranet. But in reality, it would be very limiting. For example, if I’m on Yammer and want to share a photo from Dropbox, I’d like Yammer to access Dropbox directly, and not have to fire up a hub to make that happen. So in practice things are already much messier, but also more networked (we might call it an internal net, or InterNet for short … remember folks, you heard it here first).

Nobody Starts Their Workday From the Same Entry Point

A second problem with the hub concept is that people in different roles will want different starting points. An engineer using a CAD system every day isn’t going to first fire up the intranet to click on the link in the Tools menu (even if it is seductively called Quick Links). A sales representative will have Salesforce open first thing, they don’t need another system to get there.

Moreover, each user type probably doesn’t want to see those other tools. Their digital workplace world looks more like this: 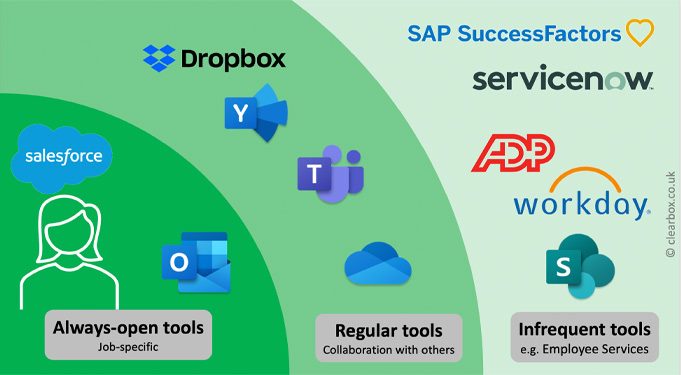 Software vendors might argue that their system does that with personalization. But remember, people are bypassing that personalization layer and doing it for themselves on their device desktop or home screen.

Related Article: One Dashboard Will Never Be Enough in the Digital Workplace

I’m assuming that a hub is doing more than just linking out, so that users interact via the hub rather than going into another app. There’s definitely an economy in having a layer that brokers connections so that you only need an API between different systems. However, there are also multiple downsides to a hub and spoke approach:

If there’s one thing the internet has taught us, it’s that a centralized approach is less desirable than a distributed one.

Related Article: One Collaboration Tool to Rule Them All? Think Again

Microsoft Teams frequently comes up in this context, with some pitching Teams as the new digital workplace hub. After all, it has several hundred connectors and the ability to surface content from other applications on tabs.

And there’s certainly value in this as a way to make some tasks slicker. A team working on customer problems may pull in a tab showing help desk tickets, for example. But to me this is creating a specific dashboard and not a universal hub.

As soon as you try to add in all the infrequently used systems, Teams becomes a mess because it doesn’t readily support the kind of signposting you need when in unfamiliar territory. Sure, you can embed an intranet home page into Teams, but that’s superficial — it’s no more integrated than saying your browser is a hub because everything you do is in the cloud.

The second limitation of Teams as the universal entry point is that it only works if everyone's jobs require Teams to be routinely open. For many roles, Teams will be an infrequent tool. Frontline workers, specialists and those in operational roles are much more likely to live in a system designed specifically for their workflow, and only drop into Teams when needed.

The Problem Hubs Try to Solve

Let’s backtrack and consider the problem(s) a hub is meant to solve. Digital workplaces have multiple, very real pain-points including:

The front door metaphor works when you are new and need signposting, or when you are doing something infrequent, such as changing a pension plan. In this scenario you want to know where to start to begin looking. It’s like when you go to a shopping mall the first time and you use the main entrance to look at the map. After that, if you know you want the pharmacy, you go straight in via the side door that’s much closer.

A Better Vision Than a Hub

I’d like to propose a more adaptable way to address the problems hubs try to solve: 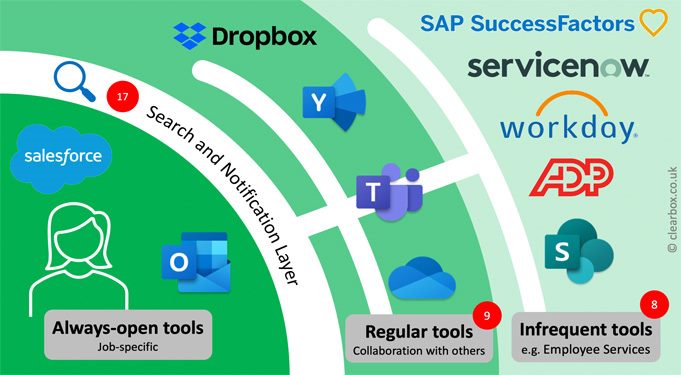 If all that aggregation still sounds like a hub, then let me emphasize a final point: having put all these connections in place, we should then surface them wherever makes sense to the individual. That may vary across work styles in the same organization. For people who work all the time in Teams, the notifications may appear there alongside chat and task notifications. For frontline workers, your universal search may exist in a dedicated employee app, and for others it may be an overlay that sometimes they access in the browser, and sometimes as an app.