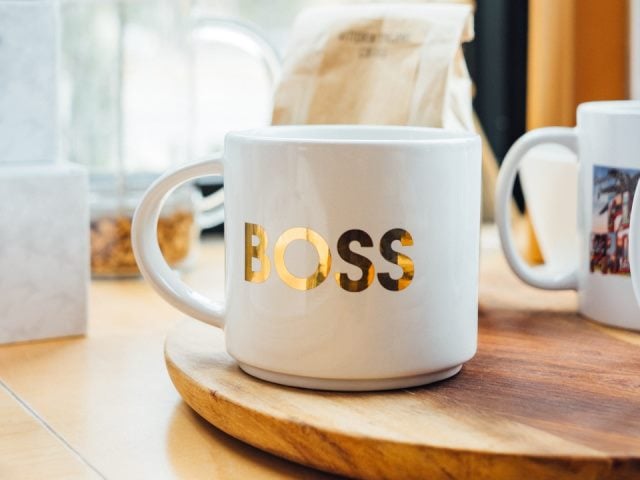 The lack of women in leadership roles is nothing new, but more research is coming out to shine a light on the problem.

In 2019, IBM launched its first "Women in Leadership" study in an attempt to see if the attention and resources devoted to supporting women’s professional advancement had made a difference in closing the gender gap. Two years and a global pandemic later, the latest report, "Women, Leadership and Missed Opportunities," looks at whether or not things have changed.

The result? They have but not for the better.

The research, a joint effort between the IBM Institute for Business Value (IBV) and Oxford Economics, surveyed 2,687 professionals, both women and men, from late 2020 through January 2021. The results show that despite heightened awareness of the challenges facing women in the workplace during the COVID-19 pandemic, gender equity is still not a top priority for 70% of global organizations — even where leaders say gender inclusivity ranks as a top business priority.

In fact, data from the report reveals gender equity may be at a crossroads with the leadership pipeline for women shrinking. Fewer women surveyed held senior vice president, vice president, director and manager roles in 2021 than in 2019. In addition, employees surveyed reported feeling fatigue and waning optimism over ineffective programmatic efforts to address gender equity. Only 62% of women surveyed (down nine percentage points from 2019) and 60% of men surveyed (down seven percentage points from 2019) expect their organization will significantly improve gender parity over the next five years.

The study also indicated that only 11% of survey respondents have designated the advancement of women as a formal business priority and view gender inclusivity as a driver of financial performance. This group, dubbed "First Movers," self-reported stronger financial performance — as much as a 61% higher mean rate of revenue growth compared to other organizations.

Related Article: How to Build a Culture of Inclusion That Delivers Results

How Remote and Hybrid Work Made the Problem Worse

Remote and hybrid work models altered the structure of the digital workplace, but the transition did not fare well for women, particularly for women in the technology industry, according to Statista.

"Tech has a gender problem," the "Women in Tech" report begins. "Women are underrepresented, underpaid and undervalued in the technology industry across the globe. Although gender disparity has existed for as long as the tech industry itself has existed, matters are made far worse by the COVID-19 pandemic, which, according to the World Economic Forum, has extended the time it takes to close the global gender gap by 36 years — that time stands at 136 years now.”

The report highlights how the tech sector is paying for this gap today. Skill shortages, less than satisfactory design and even product failures, and untapped market opportunities are consequences of the lack of women in leadership roles, and in the field altogether.

While there's no shortage of diversity strategies in the tech industry, they are set up to fail because of the environment, said Sacha Thompson, founder of Washington DC-based Equity Equation.

Many of the diversity strategies for tech roles, she said, create opportunities for women to excel but do not complete the process by restructuring the environments to be inclusive for women. They often lack the systemic changes required to ensure inclusion for women and other underrepresented groups within their organizations.

“By adjusting their diversity efforts to provide opportunities and ensure women are not tokenized as 'diversity hires' but seen as valuable assets at the table (inclusion), tech companies will begin to see a shift in the demographics of their organizations,” she said.

The problems are so pervasive that women who have entered the tech industry often leave an organization, even a progressive one, to work on their own terms, said Melissa Halpin, CEO and principal of Detroit-based design consultancy Memora. Currently, tech culture is largely driven by men and male energy which focuses on drive, speed, decisiveness, singular focus and authority, she said.

"There's nothing wrong with that but there is a key ‘energy’ brought to the organization by women that values receptiveness, iteration and collaboration — all key elements of the digital workplace," Halpin said. “When both of these perspectives come together, in tech or any industry, we see exponential growth, like the First Movers in the initial IBM study."

Attitudes are to blame, said Mada Seghete, co-founder of Palo Alto, Calif.-based Branch, a marketing technology company. She looks forward to the day when female founders and female executives can just be called founders and executives, but for that to happen representation is crucial to changing the ratios of women in leadership positions. Being one of a few women, if not the only one, on a team is a phenomenon most women in tech have experienced since school.

"At Cornell, where I studied computer and electrical engineering, there were maybe five percent women in my class, and at Stanford Business School, only about a third of my classmates were women,” Seghete said. “[Now] being part of a founding team that highly values diversity of thought and experience means we can achieve better … but the tech industry has a long way to go to achieve gender parity.”

In her view, the first step to solving this is introducing women and girls to female founders and leaders in tech, inspiring future leaders with role models who look like them and investing in women founders. At a corporate level, it requires prioritization of diversity and fostering a culture that enables all people to thrive.

Related Article: Career Development in the Remote or Hybrid Workplace

The Growth of Networking Opportunities

The importance of mentorship programs, role models and networking hasn’t been lost on the women who have made it to executive level, not just in the tech industry but also in other industries that are traditionally male dominated.

Chief, a private network designed to help women executives strengthen their leadership, magnify their influence and ease the way for other women executives, launched in 2019 in New York. The organization's mission to drive more women to the top and keep them there has attracted a membership of 12,000 executives so far, with more expansion on the horizon.

The company announced a $100 million Series B investment in March led by CapitalG, a growth fund of Google parent company Alphabet. Chief said it will use the new funding to invest in its community platform, create more personalization and connections between peers, and deliver relevant business insights. It will also continue its focus on diversity, equity and inclusion in executive leadership by doubling its grant program to support underrepresented executives, committing $1 million annually to nonprofits aligned with its mission.

Despite those efforts, Evelyn McMullen, a research manager in HR technology at Nucleus Research, said the unfortunate reality is that awareness does not equal action. The past few years have put pressure on organizations to state the importance of putting women in leadership roles, but there is still no accountability in many cases.

For right now at least, it seems the optics are sufficient for most.