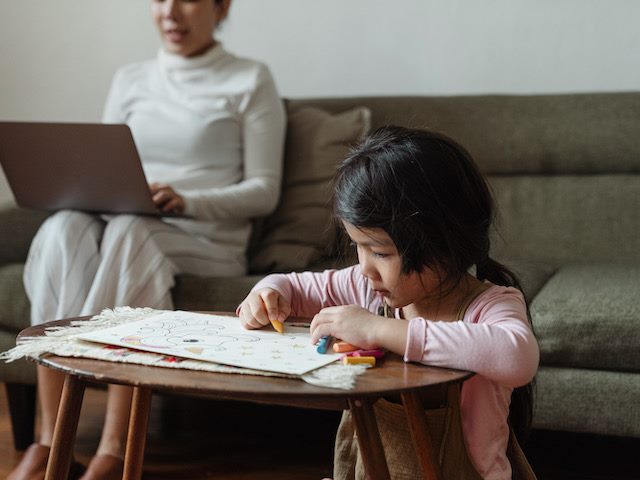 Let's Not Go Back to 'Normal'

A year ago, as we began to adjust to pandemic life, I wondered if the forced shift away from the traditional 9-to-5 office life could prove a turning point in gender equality at work.

The mass experiment in home working brought work-life balance into sharp focus, forcing even the most recalcitrant of employers to accept flexible working is not only possible but could be as or even more productive than office presenteeism.

The reality turned out to be nowhere near so positive, with women disproportionately seeing negative impacts on their careers and pay packets. But as the COVID-19 cloud begins to lift and we contemplate post-pandemic life, I still see reasons for optimism.

First let’s look at the upsides.

The Upsides of Work From Home

Last year’s rapid shift to home arguably led to greater understanding of the multiple roles that mothers, in particular, have to juggle. Colleagues have grown in empathy and understanding, with increased acceptance that those working from home aren’t “having a day off.”

Rapid adoption of collaboration technologies has opened up opportunities for more equal participation. As I blogged about recently, having everyone on video calls can be a great leveler, countering the dynamics of power and gender endemic in many real-life meeting rooms. Having everyone participate online, together with increased use of asynchronous collaboration, enables more people to contribute and prevents decisions being made based on who shouts loudest or dominates the meeting.

Our collective understanding of what constitutes “professional appearance” quickly relaxed, with women the biggest beneficiaries of the shift. Nails went unmanicured, hair happily scraped back into messy buns, while heels and makeup gathered dust. Research by Atlassian in the early weeks of the first lockdown showed that freed from pressure to look the part, women felt more able to focus on doing their jobs, with half of women reporting an increase in confidence in their abilities.

With people juggling work with home schooling, the concept of the working day has shifted from hours worked to outputs delivered. In another research exercise, Atlassian reviewed data on how their project management tools have been used since lockdowns began.

They found people are starting earlier and finishing later, as work bled into personal time. But the analysis also showed a relative decrease in usage during hitherto traditional working hours. This suggests people aren’t necessarily working more, but shifted their work to earlier or later in the day to fit it around other responsibilities.

But the reality is these are marginal gains against a backdrop of systemic inequality.

Related Article: One Year After the Pandemic Started, Our Workplaces Are at a Crossroads

Women make up 39% of global employment but account for 54% of job losses in the pandemic, due to female employment being unequally clustered in harder-hit industries such as retail, hospitality and childcare.

Entrepreneurs suffered disproportionately too. Female-owned businesses found investment capital squeezed and those running micro-businesses from home were more likely to give up their digital devices for home schooling.

With schools and childcare closed, parents had to take on additional caregiving responsibilities. As always, this burden fell disproportionately on women. In the UK an estimated two-thirds of the extra 40 hours a week of caring and childcare was conducted by mothers. And mothers working at home were 50% more likely to be interrupted by childcare demands than fathers.

These problems were most acute for single parents (90% of whom are women). In the UK one in 10 single parents lost their jobs, a third were furloughed, leaving up to 44% of children in single parent households in poverty.

In dual-earner households, systemic pay disparity means a male partner is more likely to be the higher earner, leaving the woman to reduce working hours or take unpaid leave to look after children.

This additional labor is emotional as well as physical. Studies show women feel they’re “always on” as boundaries between work and home have blurred and work bleeds into previously personal time in the evenings. Combined with heightened worries over family health and finances, burnout became a significant risk.

With so much additional pressure it’s perhaps no surprise that according to McKinsey’s Women in the Workplace report, one in four women are contemplating downshifting their career or leaving the workforce altogether.

An Inflection Point, for Society and for Work

The dynamics of long-term inequality alongside the economic and social upheaval of COVID-19 present a problem for all of us. Organizations risk losing women in leadership, as well as talent and experience across the board. Companies risk unwinding years of gains in gender diversity, and losing the proven benefits that diversity brings.

And for women themselves, these short-term impacts morph into long-term ones: in lifetime loss of earnings, pensions gaps and lost career opportunities.

When a large disturbance shakes a complex system, the weakest parts of the system collapse first. Just as COVID-19 hit vulnerable people in our society first and hardest, it has also taken aim at weaknesses in our society and economy.

But conversely, that’s why long-term I see reasons for hope. As vaccine programs accelerate, support is building for a different long-term future, for society and for work.

The pandemic has bought the need for a basic social safety net into sharp focus. The use of cash transfers to efficiently, effectively meet social needs took Universal Basic Income from fringe idea into mainstream discourse.

A recent New York Times advertisement called on the Biden administration to offer $2,400 direct payments to American mothers for the unpaid labor of childcare and homeschooling, in what it called a “Marshall Plan for Moms.” Experiments with UBI are happening on a large scale across the US and Europe, leading Bloomberg to call 2021 the "Year of UBI."

During the crisis, unionized workers were better able to secure enhanced safety measures, paid time off, and a say in furlough arrangements to save jobs. These pandemic-specific benefits underscored the value of unions in securing workers a voice in the workplace. It also highlighted an urgent need to reform labor laws to arrest the erosion of employment rights — particularly for women.

And finally, the COVID-19 crisis has forced employers and employees alike to radically rethink what work means. The mass remote working pilot of 2020-2021 has been a crash course in processes, practices and tools that break the link between work and both place and time.

As the months wear on these changes are starting to become permanent, with companies now investing in tools and training so they can reap the benefits of increased flexibility.

We know that women, on the face of it, have more to gain from flexible working patterns, from greater employment protections, and from the social safety net.

But while the COVID period disproportionately impacted women, it made these ideas for the future of work, which were previously unthinkable, mainstream. Such radical approaches are now considered not just possible but desirable by those who struggled to accept them in the past — senior, white, middle-class males. COVID has recruited allies to our cause.

And as we plan our post-pandemic future of work, we need a good cross-section of humanity involved in that conversation and charting the course.

We need to resist calls for a return to normal and instead build on that coalition of allies. Together we can make the case for a better, more equitable future of work, and stem the damage COVID-19 has wreaked on gender equality, recognizing that what’s good for women is good for society as a whole.