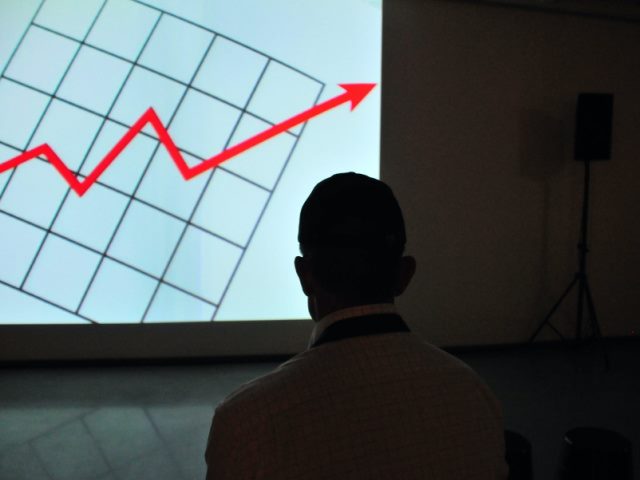 Chairman and CEO Aron Ain was pleased. “The story of UKG has only just begun, and what an extraordinary first chapter we’ve written,” he said.

Over the past five years, Ultimate Software, based in Weston, Fla., and Kronos, headquartered in Lowell, Mass., spent a combined $2 billion in research and development, including some $500 million in fiscal 2020. The company said those investments allowed it to quickly evolve solutions to meet changing market demands, including those sparked by the COVID-19 pandemic.

UKG also introduced new analytics capabilities for its UKG Pro and UKG Ready products, the first major enhancements unveiled since the company rolled out its post-merger brand in October.

UKG Pro, known as UltiPro before the merger, will add a Workforce Continuity tool that helps HR focus on employee well being, gather workforce data and keep operations running during a crisis. The feature includes a mobile-first employee check-in for use in emergency situations — like, say, a pandemic. It can be deployed to specific workers as necessary and gathers information about assistance they might need, their ability to work and whether unaffected employees can help them out.

UKG also announced the formation of UKG Global Delivery Services, made up of 2,000 service professionals positioned around the world. They’ll work closely with the company’s customer success and executive relationship management teams to support customers throughout their time working with UKG products.

Santa Clara, Calif.-based HR services delivery provider ServiceNow updated its integrations with Workplace from Facebook with an eye toward improving communications between employers and their distributed workforce. Specifically, its new features are designed to streamline communications through the organization in a bid to improve employee experience.

The new capabilities enhance an existing integration between ServiceNow Virtual Agent and Workplace from Facebook, headquartered in Menlo Park, Calif. It allows employees to request support, receive status reports and connect with customer service agents without leaving the Workplace environment.

The new capabilities include tools to distribute content through Workplace and other channels, and an IntegrationHub Spoke that helps customers create new Workplace integrations to meet specific needs.

ServiceNow and Workplace have a number of joint customers including Sun Life Financial, Telenor Group and Petco.

Hired.com Will Combine With Vettery After Acquisition

New York job-matching platform Vettery acquired Hired, a job board focused on technology talent. The companies plan to combine their solutions and position the resulting product as a comprehensive talent marketplace for technology, marketing, sales and finance roles.

Headquartered in San Francisco, Hired boasts a high response rate from candidates on its platform, which it maintains by vetting users before letting them in. Vettery, which was acquired by Zurich-based Adecco Group in 2018, uses algorithms and analytics to match employers and candidates.

In an interview with TechCrunch, Vettery CEO Josh Brenner, who will lead the new organization, said the companies mostly complement each other, with just 5% customer overlap. And while Hired’s tools focus on software and engineering positions, Vettery’s offer more breadth. Eventually, the new company will offer products under one brand, Brenner said.

Dice adding an instant messaging service, providing candidates and employers with another option to communicate directly from within its platform. The launch follows April’s introduction of Dice’s anonymous email feature, which allows users to keep their identity private until they’re comfortable enough with another party to reveal their identity.

Recruiters can access instant messaging from within Dice’s TalentSearch and its application results. Candidates can use it to connect with recruiters in addition to using Dice’s Recruiter Profiles.

In a blog post, the Centennial, Colo., company said its priority with instant messaging was to “develop a service that would allow logged-in candidates to communicate with recruiters in an easy, frictionless way.” Because it’s integrated with Dice’s email platform, users can receive notification of new messages when they’re not logged into the site.

In its announcement, Dice called instant messaging “an important next step” toward its goal of becoming a comprehensive platform for hiring-related searching, matching and communicating in real time. During the third-quarter earnings call for parent company DHI Group, CEO Art Zeile called the feature “the second critical ingredient for full marketplace capability.”

The first ingredient was Recruiter Profiles, which Zeile described as “the first major release in Dice’s transformation from a job board to a full-scale career marketplace.” Zeile said Dice wants to provide a “trusted environment” where candidates and recruiters can research each other and safely communicate.

Recruiting technology platform provider iCIMS and Vancouver people analytics firm Visier finalized a partnership to incorporate analytics into customers’ talent strategies. The integration allows users of iCIMS Talent Cloud to anticipate workforce trends and needs while they’re planning, and also predict and measure their recruiting strategies’ performance, as well as how they align with business objectives.

Recruiting and assessment software provider PeopleFactors launched a pre-hire assessment and screening tool. The tool creates reports and recommendations based on objective data to help companies identify and hire candidates with leadership potential.

People on the Move

Cappfinity appointed Stephen Mueller to its U.S. leadership team as head of consulting. He’ll take the lead on designing and delivering hiring solutions in America and will contribute to the company’s global growth efforts. (Cappfinity)

Outplacement firm CMP hired John Hernandez to be senior vice president of client strategies. Most recently he was CEO of the Fort Worth Hispanic Chamber of Commerce. He also worked at JP Morgan Chase. (PR Newswire)