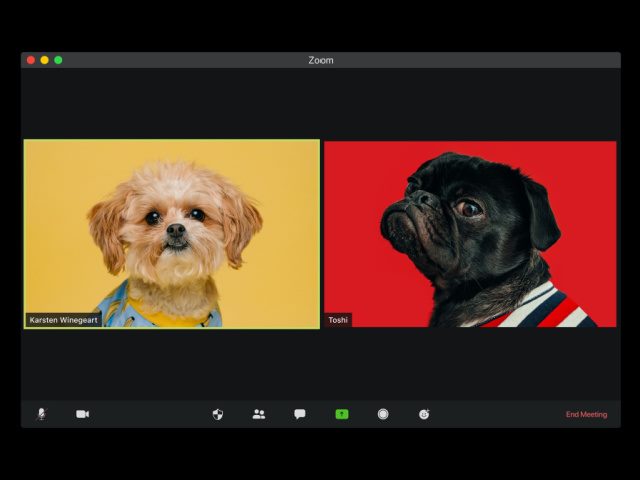 It was promised a long time ago – well a couple of months ago anyway – and it has finally arrived. Zoom announced that its end-to-end encryption (EE2E) is now available globally for all users. Originally, San Jose, Calif.-based Zoom had said it would only offer encryption for paid users but after global outrage it backed down and said everyone could have it.

The result is that Zoom will have encrypted meetings for up to 200 participants. Initially, it is available immediately as a technical preview. This means that the company is proactively soliciting feedback from users for the next 30 days.

It also means that starting this week E2EE is available on Zoom desktop client version 5.4.0 for Mac and PC, the Zoom Android app and Zoom Rooms, with the Zoom iOS app pending Apple App Store approval.

The introduction of E2EE is in response to the problems Zoom had earlier this summer when the company had major problems with privacy and securing data as huge numbers of people began using Zoom after remote working kicked in.

Things got so bad that it became the subject of numerous investigations into privacy breaches, claims the company was sending user data to Facebook and, of course, Zoom bombing, a practice whereby uninvited guests interrupt conference calls with unwanted comments and even pornography.

In response, CEO Eric Yuan announced that Zoom was buying Keybase, a company that had built a secure messaging and file sharing service using its deep encryption and security expertise. According to a statement from Yuan at the time, Zoom aimed to integrate Keybase’s entire team into Zoom and use that team to build end-to-end encryption that can be applied to Zoom services.

That is effectively what has happened and now Zoom communications are encrypted. Zoom’s E2EE uses 256-bit AES-GCM encryption by default. When users enable E2EE for their meetings, nobody except each participant, not even Zoom’s meeting servers, has access to the encryption keys used for the meeting.

Ultimately, the encrypted data relayed through Zoom’s servers is indecipherable by Zoom, since Zoom’s servers do not have the necessary decryption key. Account admins can enable this E2EE feature in their web dashboard at the account, group and user level

Will this be enough? It is not entirely clear yet. Already when this came up in April it was clear that many people were already moving away from Zoom because of privacy concerns. That's not to mention that competition is now a lot tougher than it was earlier this year.

Zoom's news isn't the only movement in the business video communication market this week. New York City-based Vimeo has also been busy over the past few months and just announced the release of Vimeo Record, a new video messaging tool designed to boost creativity and collaboration from anywhere.

It’s an interesting release for all kinds of reasons, not least of which is the fact that Vimeo Record is an asynchronous communication video tool that could persuade workers in the digital workplace to communicate using video rather than email, for example, or use video instead of Zoom meetings which, while effective, are sometimes cumbersome and take a lot of organizing.

Vimeo Record consists of a screen and webcam recorder that allows users to easily capture and instantly share video messages straight from their browser. More to the point, users can record unlimited videos for free and host them on Vimeo. It is also available now as a free Chrome extension.

In a statement Anjali Sud, CEO of Vimeo explained the thinking behind it: “Nobody wants to write a long email or jump on another Zoom call to describe something you could show your colleague in 10 seconds. Sending a video message can provide the context and value of that interaction in a fraction of the time. As businesses adapt to distributed teams and different time zones, we see a unique opportunity … to get a free video messaging tool in the hands of over one billion knowledge workers globally. Advantages include instant knowledge transfer, unlimited recordings, simplified feedback and secure access for teams."

Like Zoom and other video calling apps, the company has scaled rapidly during the pandemic. Vimeo reports more than 200 million members around the world, revenue growth by 40-50% each month and that Vimeo Enterprise accounts have grown more than 500%. There is a lot more to see here.

Vimeo is not the only player in the field. Just this week, according to reports in TechCrunch, Berlin-based Acapela, a new startup co-founded by Dubsmash founder Roland Grenke, is also launching an asynchronous meeting platform.

To enable the launch, the company has raised €2.5 million. Acapela says it will use the injection of cash to expand the core team and focus on product design and engineering.

“With Acapela, we aim to define a new category of team collaboration that provides more structure and personality than written messages (Slack or email) and more flexibility than video conferencing (Zoom or Google Meet),” Grenke told TechCrunch.

The idea is much the same as Vimeo Record, to provide workers with an alternative to hours of video calls every day and allow users to still have meetings even if they are not in real time.

Acapela will also use machine learning to automate repetitive meeting tasks as well as summarize the contents of a meeting and any decisions taken. There's more to come on this as it progresses.

Meanwhile, Canada-based OpenText announced the release of Cloud Edition (CE) 20.4 which brings a number of changes to OpenText Cloud, making it faster, easier and more cost-effective for customers to adopt new capabilities and reinvent business processes.

According to the company, the new release offers deployment options with managed service expertise and run-anywhere software, amplified through partnerships with the major public cloud providers.

The company has already released OpenText Developer Cloud, a new cloud platform for application development based on OpenText information management services. The platform gives developers the tools they need to build better enterprise applications. The Developer Cloud is available now as part of the OpenText CE 20.4 launch, also announced at the OpenText World 2020.

Finally this week, Israel-based Monday.com Labs is preparing for a Nasdaq IPO in the first half of 2021 at a valuation of at least $3.5-4 billion, according to reports in Calcalistech.

According to the reports, the team management company has reached out to investment banks to support the move, targeting the first half of 2021.

The company was valued at $2.7 billion in May 2020, according to the financial news wire Bloomberg.

The company’s products are gaining increasing popularity with customers seeking ways to manage employees who have had to work from home due to the pandemic, Eran Zinman, Monday.com’s co-founder and chief technology officer, told Bloomberg at the time. Founded in 2012, Monday.com has raised $234 million to date.