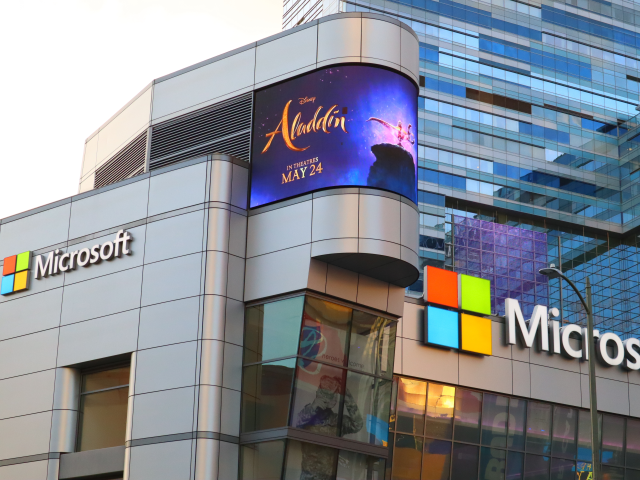 What's Behind Microsoft's Acquisition of Activision, Gaming? The Metaverse? Both?

Since Microsoft announced that it intends to buy acquire Activision Blizzard in a $68.7 billion deal — the company’s biggest buy in history – there has been considerable speculation about Microsoft's intentions and whether or not this is really about the metaverse and improving its position in that market.

Is the Activision Blizzard Acquisition About the Metaverse?

Assuming that the deal goes through after what is likely to be intense regulatory scrutiny of the acquisition, there is no doubt that Microsoft stands to gain a great deal of technology and content that could be applied to the metaverse and, logically, to the digital workplace. But is it really about the metaverse? Is it not just as likely that this is another move to corner another substantial piece of the gaming market?

If it is the case, that Microsoft is looking to buy itself into the metaverse space, then this buy is probably not its best option. There are several tech companies in the AR and VR space that would make better sense. However, in a statement about the deal, Microsoft CEO Satya Nadella stated that the metaverse is at least some of what the acquisition is about. “Gaming is the most dynamic and exciting category in entertainment across all platforms today and will play a key role in the development of metaverse platforms,” wrote Nadella in an email to employees.

“We’re investing deeply in world-class content, community and the cloud to usher in a new era of gaming that puts players and creators first and makes gaming safe, inclusive and accessible to all.”

Which Metaverse Do Consumers Want to Spend Time In?

Rachel Mercer, co-founder and chief experience officer at New York City-based Proto, argues that the Microsoft purchase of Activision is absolutely a bet on the metaverse and should be viewed in the critical context of the talent war for VR/AR development talent between Facebook and Microsoft. Microsoft’s actions, she believes, are driven by the fact that Facebook has 20% of their workforce invested in the metaverse. The company that wins the metaverse, she said, is not going to be who can build the best technology, but rather the world that they want to exist within.

This is fully represented in Ready Player One, the canonical text and reference for much current metaverse thinking, where people want to play in a world that contains their favorite games and characters from the 80’s, 90’s and beyond. “What Activision offers here is a rich body of IP in their game portfolio as well as development teams to help expand this world which pairs well with the hardware that Microsoft has already invested in in both Xbox and Hololens,” Mercer said.

One other advantage here is that in the struggle for dominance in this space Facebook owns consumer, Microsoft has historically owned B2B/Enterprise. This consumer-focused acquisition from Microsoft allows them to bridge both more effectively. “This something that Facebook has failed to do as they attempt to enter B2B continuously through things like Workplace, but we’ve seen historically low adoption numbers and a reorg as a result of those historical failures,” she said.

Victoria Mendoza is the CEO of New York City-based MediaPeanut. She believes there is no real conflict in wanting Activision Blizzard for both gaming and the metaverse. The acquisition plans of Activision Blizzard are a step towards the tech giant's move to carve leadership status not only in the video gaming world but also in the metaverse. She also thinks that with the buy, Microsoft is also taking a huge move into the three-dimensional virtual environment where users may create, buy, and trade goods and services online inside a self-contained digital economy. “Much of what we see in the early stages of the metaverse are influenced by the video gaming culture and as they acquire Activision and its roster of games like Call of Duty, World of Warcraft and Candy Crush, it will definitely boost their content portfolio and the other offerings they are about to bring out in the coming years as the world grows more and more curious and accepting of the metaverse," she said.

Essentially, the metaverse is where both the physical and digital worlds interact. In order to keep up its digital momentum, it is in the interest of Microsoft to continue to take leadership status in the gaming industry.

After its acquisition of ZeniMax Media, the parent company of gaming company Bethesda in 2020 and its purchase of Mojang, the maker of Minecraft way back in 2014, it is clear that Microsoft has been solidifying its hold of the video game industry for a long time by taking hold of content that can be used in future rollout of offerings in the metaverse

The metaverse is a virtual space where people can interact through avatars which represent their real-world personas. It is sold as an alternate reality where people get a second chance to be anything or anyone and be the heroes of their own stories. Anthony Buonaspina of Babylon, New York-based LI Tech Advisors argues Microsoft wants to be the leader in this new and quickly growing digital area that may become the future where most human interaction is played out. The best digital platforms today are the gaming industry where on-line video games can provide the structured virtual action that people want to experience while interacting with their friends and other people in a simulated world.

He said that Microsoft figured the best way to accomplish this is to purchase a gaming company that has already “cracked the code” in getting users to join this virtual world. “Microsoft purchased Activision-Blizzard in order to get a jump start in this new digital arena. This is going to be very big business. Besides the monthly subscription cost there are the optional upgrades that users can purchase,” he said. But there are other aspects to this deal too. Maybe it’s not about the metaverse at all and is exactly what it looks like, notably Microsoft pushing its way deeper in the gaming market.

Microsoft is one of the big three console makers, along with Nintendo and Sony and Microsoft. Windows has been the go-to platform in PC gaming for more than 20 years. An analysis by the Nasdaq last July said that Microsoft, at that stage was already making efforts which is benefiting from increasing engagement triggered by the COVID-19 crisis. The launch of the next generation of consoles from Microsoft and Sony also drove higher consumer spending in the space, while the gaming market witnessed a stellar growth — growth which continues moreover — of 23.1% and an estimated $177.8 billion in 2020.

According to Michael Levy, senior analyst at Denver-based growth strategist Harbor Research, despite many proclaiming this acquisition as a harbinger of the metaverse, Microsoft's acquisition of Activision is another in a growing string of them acquiring gaming studios (e.g., Zenimax, Inexile). “This move will further bolster their Game Pass offering and bring more videogame production capabilities in-house as they seek to be the Netflix of videogames,” he said. Microsoft tends to allow its acquisitions and studios to keep their brands and operate relatively independently, so Activision's games and roadmap likely will not change substantially.

He also pointed out that this acquisition also gives Microsoft the opportunity to put its unique spin on virtual spaces (what people are often referring to when they speak of the metaverse). Given their Teams, Office365 and LinkedIn products, Microsoft is well-positioned to offer enterprises ways to incorporate virtual reality into their everyday work lives and to bring more collaboration to remote work.

If this deal is about the metaverse it is only a piece of it, according to Katie Cole gaming and virtual production evangelist at Perforce. “I can see many ways the acquisition was a win for Microsoft and could further multiply strategies they could potentially be looking to achieve. For example, deeper inroads to the huge mobile gaming vertical and growing esports, to the Xbox/PC exclusive title opportunities,” she said. She points to the statement by Microsoft, in which the company spoke of Activision Blizzard’s 400 million monthly active users – 400 million people that are fans of their IP.

“Imagine how enticing it would be for those users to be in Microsoft’s metaverse filled with characters, landscapes and items those players are all familiar with in addition to the other well know IP Microsoft already owns,” she added.

If this deal is about the metaverse it is only a small part of it, especially given that we are only in the very early days of the metaverse for businesses and that there is a long way to go before it really becomes useful. So why mention it at all. It is likely that sometime in the future this will feed into the metaverse, but for now it really looks like a gaming buy. However, by suggesting to regulators that this is not just about gaming that that is not just about increasing traction in the metaverse market, it might make the deal’s passage through the hoops a little bit easier.