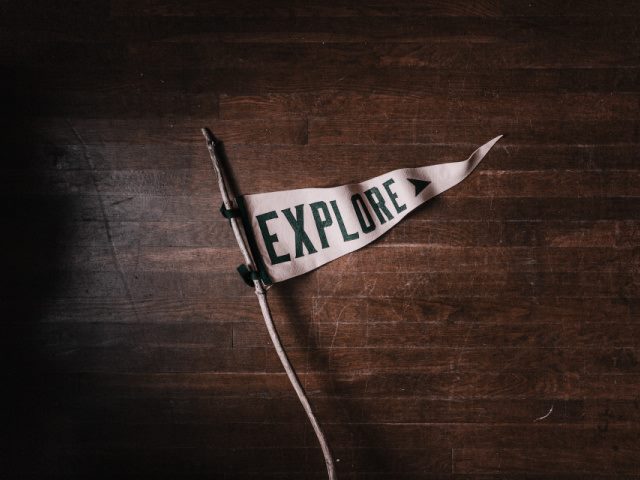 There's More to the Metaverse Than Facebook and Microsoft

Looking at the media coverage about the metaverse since Facebook announced it was rebranding as Meta and refocusing its future development, it would be a reasonable assumption that Meta and Microsoft were the main, if not the only, players in this growing virtual space. However, there are many other companies building metaverses, or elements of the metaverse, for the future.

The metaverse is not a new concept. Long before commercialization of the concept, forecasters and science fiction writers alike portended it as an escape from a dystopian society. However, this does not mean competitors are not eager to make the fiction a reality. It has garnered attention in recent months due to Facebook's rebranding and their hopes to corner the market, but there are several competitors seeking out different niches.

There's More Than One Game in the Metaverse Town

OpenSea, a cryptogoods marketplace for items such as non-fungible tokens (NFTs), is an early contender, as they recently secured $100 million in Series B funding. With NFTs, data can be associated with a number of different types of digital files, providing a multitude of possibilities for economic transfer in the metaverse, from digital art to avatars, music and more.

Meanwhile, organizations such as Virtuleap are taking a different approach as a kind of mental health application in VR. Still others are targeting other areas of the metaverse market, including chipmaker and software company Nvidia, which launched an omniverse to enable the development of 3D virtual worlds.

Related Article: Facebook's Rebranding Embraces the Metaverse, But Not Everyone Is Convinced

8 More Major Players in the Metaverse

There are literally dozens of companies working on either creating a single metaverse or different elements of the metaverse. Huge input from the gaming space is to be expected, but there are also many that come from an enterprise background who are looking to build in the metaverse space in much the same way Meta and Microsoft have. It is impossible to mention them all here, but here are eight that have crossed our radar when we went digging into the metaverse space.

Accessibility and inclusiveness are key to building any metaverse environment, said Eddie Benson, a strategist with Amsterdam-based Active Theory, a metaverse builder for brands. To most, the concept of a metaverse is very new and in many ways, very scary.

“As builders of metaverse, we need to make technology and design choices that welcome all, and that include people from all over the world with varying levels of technological know-how, access to the internet and often with older generation mobile devices," he said.

Active Theory builds its offering using web technology, making each experience available through a web URL. It requires no app downloads or complicated onboarding. "We think other makers, artists and brands that embrace accessibility could be strong players in the metaverse narrative in years to come," he said.

While Meta, Microsoft and the many VR, AR and AI startups get a great deal of attention, there is also a major opportunity for infrastructure companies, said Daniel Kirsch, co-founder of Cambridge, Mass.-based Techstrong Research. The metaverse does not happen without ubiquitous 5G and reliable high speed Internet connections. In addition, the massive amounts of data and networking needed for the metaverse require scalable cloud computing. AWS is the obvious cloud platform for many metaverse startups, he said.

“Microsoft Azure is seen by many as the enterprise cloud, while AWS and Google Cloud Platform are for the startups with high risk tolerances," he said. "Azure absolutely wants to be seen as a destination for metaverse startups, and these recent announcements should be viewed as an open invitation to developers.”

The Ethereum blockchain powers Decentraland, a virtual reality platform, said Isla Sibanda, an ethical hacker with Privacy Australia. That enables users to create, interact with, and monetize content and apps. Users may purchase virtual pieces of land in the metaverse, which they can travel to, construct on and monetize.

“Decentraland is a platform for content producers, enterprises and individuals looking for a new artistic medium, commercial opportunity or amusement,” she said.

The gaming environment of Decentraland is organized into 90,601 distinct parcels, each represented by an NFT. Each piece of land is 16 square meters (virtually) and can be found at different locations on the map. Decentraland uses its proprietary token, Mana, to make purchases.

Dapper Labs, a British Columbia-based firm that developed its own blockchain, Flow, has already collaborated with the NBA to release NBA Top Shots, a series of digital collectible video clip moments of basketball highlights. It has similar projects in the works with the NFL and UFC, and is clearly establishing itself as the platform to create digital sports collectibles, said Brian Jackson, research director in the CIO practice at Info-Tech Research Group.

The NFTs it is creating could find more use in a metaverse where members want to demonstrate their commitment to a particular community by taking a stake in its equity. Dapper Labs is also behind the Genies platform, where an NFT market is developing to clothe digital avatars, that could be used across different metaverses. For Dapper Labs, the focus so far has been on creating platforms controlled by the company. However, in a few instances, it has shown interest in developing NFTs for use outside of its platform.

The metaverse creates the impression of a shared virtual platform that users may enter through multiple devices and where they can roam around digital surroundings, said Jeff Mains, CEO of the Dallas-based Champion Leadership Group.

"Long before Facebook founder Mark Zuckerberg's buzzy demos depicting enormous robots and digital clock journeys to ancient Rome, major corporations were building the technology and software, which can be used for this 'Ready Player One' world," he said.

Gaming companies are already there. Epic Games, the entity behind video gaming blockbuster Fortnite, has extended outside its core shooting game to group interaction like dance parties and virtual music events. People pay to clothe their avatars and even develop their custom islands and games. Epic also owns one of the largest gaming engines, Unreal, used to build applications and other visual effects like TV program backdrops.

In contrast to how Meta and Microsoft are envisioning the future of the metaverse, with closed systems attempting to “own” the metaverse, Madeium has built an independent multi-blockchain ecosystem for creative businesses and industries. The Portland, Oregon-based company has built a peer-to-peer system that gives designers, influencers, startups and new personal brands access to a system free of large corporate mandates. Facebook has demonstrated repeatedly that they put profits over people at every step of their business, said Jesse Rademacher, Madeium co-founder and CEO.

"The future Madeium is building is a pure concept for creatives and influencers themselves, with no outside interests or investors, which maintains the values that are important to creatives, who by and large are not motivated by money, but by the ability to create and express themselves creatively," he said. "This community approach to democratizing industries, peer-to-peer profit-sharing, and collective bargaining is meant to combat corporate control over this emerging space."

The idea behind Madeium, he said, is to carve out public space in an economic “collaboration mindset” where individual creators can get access to each other and creator technology.

Arthur Iinuma, president of Los Angeles-based web developer ISBX pointed to Santa Clara, Calif.-based NVIDIA as a company enterprises should be watching as they develop the metaverse.

The computer chip producer has launched NVIDIA Omniverse Platforms, a collection of 3D, virtual, and augmented reality worlds. This platform aims to provide photorealistic simulation and collaboration tools for game developers, and enable engineers and designers to produce accurate replications of real-life infrastructures and environments for a more immersive gaming experience.

San Francisco-based Synthesis AI is focused on giving engineers the tools to develop experiences with synthetic, data-driven digital representations of the real world. Imagine watching a sports game from the perspective of a favorite athlete, interacting with photorealistic avatars of friends, or experiencing physical products first hand. All these applications are dependent on computer vision AI to model the interactions of humans and objects in 3D environments. Creating these AI capabilities requires tremendous amounts of high-quality data generated using synthetic data technologies and virtual humans.

These eight companies are already making a mark in the metaverse, but there are many other companies involved. We will undoubtedly meet the rest as the metaverse unfolds.