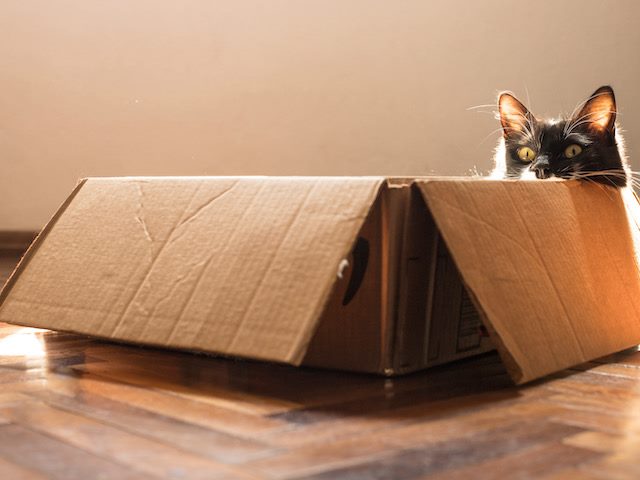 To understand how the emerging technology known as quantum computing will affect work, we must first understand what it is and how it differs from traditional computers. Buckle your seatbelt: this is going to be a wild ride (that might require adult beverages).

A standard digital computer uses binary mathematics to do what it does. In other words, each bit (a contraction of Binary digIT) has two possible values: zero or one, on or off, the presence of voltage or the absence of voltage, the presence of light or the absence of light, a high amplitude signal or a low amplitude signal, a high-frequency signal or a low-frequency signal — some discrete, measurable event that represents a binary value of either one or zero. In essence, a computer (including desktop, laptop, tablets, mobile phones and anything else out there with a chip in it, down to your most lowly electronic kitchen device) is nothing more than a collection of two-position switches. By setting the switches in specific positions, they can be used to represent a string of binary numbers, which can then be manipulated to represent actual data.

Computers are big math machines, and every single thing they do, whether it’s to display an email, edit a photograph, store a file, play music or video, or produce a podcast, is based on binary math, with the understanding that there are two possible states, or values, for each bit — zero or one. This, as you’ll soon see, is not the case with a quantum computer.

To explain quantum physics, and by extension the inner workings of a quantum computer and what will be its inestimable impact on business, we must turn our attention to the work of early theoretical physicist Erwin Schrödinger. To help his audience understand his theories, he asked them to imagine that a healthy cat, a glass bottle filled with poison, a Geiger counter, a tiny sliver of radioactive material and a hammer are all placed inside a sealed box. The amount of radioactive material is extremely small, which means that the chances that an atomic particle will decay and give off a gamma ray (which would be detected by the Geiger counter) is tiny — perhaps once an hour, but then again, perhaps not. Statistically, it could go either way. Meanwhile, inside the box, the items are arranged so that if the Geiger counter detects radiation, it will trigger a relay that will cause the hammer to fall, smashing the bottle containing the poison, and killing the cat.

But here’s where the muddle of uncertainty enters Schrodinger’s work. Until someone opens the box and observes the closed system, it is impossible to say whether the cat is alive or dead at any particular moment in time. There is a fifty-fifty chance that the cat is either dead or alive. Therefore, the cat is in what’s called a state of superposition — at any moment in time, until its condition is directly observed, the cat is both alive AND dead.

If you can wrap your head around that concept, you can understand the basis of quantum computing. Like I said earlier, adult beverages may be helpful.

It should come as no surprise that quantum machines operate differently than their binary cousins. Instead of using discrete, two-value bits like those used by traditional digital computers, they rely on something called a quantum bit, or qubit. If you think back to Schrödinger’s cat, which is statistically both dead and alive at the same time, a qubit can exist in three simultaneous states. This is the superposition I mentioned above. So, a single qubit can represent a one, or a zero, or both — simultaneously. Two qubits can be superpositioned in four discrete states; three, in eight; and so on. And because these qubits can have multiple simultaneous values, they can do multiple, simultaneous calculations.

Another aspect of quantum physics that allows quantum computers to perform their amazing calculations is called entanglement. Two particles are said to be entangled when the quantum state of the two particles cannot be described separately, even when they’re very far away from each other — as in, on different sides of the galaxy. In other words, the two particles mimic each other, and as a result can serve as a massive power amplifier of the quantum computer to which they’ve been harnessed.

Let’s get back to Schrodinger’s cat. Since we can’t see inside the box, and we don’t know whether the radioactive material has decayed, causing the poison gas to be released, we assume that the cat is either alive or dead — but we don’t know which, and we won't know, until we open the box and look. This is another mystery of quantum physics: the very act of observing the experiment causes a change in the outcome of the experiment. Quantum physics operates based on statistical probability. Remember when it was common to draw atoms with the nucleus in the center like the sun, and the electrons orbiting around it in fixed paths? Well, that’s a nice way to illustrate how an atom works, but it’s not realistic. Why? Because statistically, we don’t know where each electron is in the space surrounding that nucleus at any point in time. It could be anywhere within its defined orbital. We just don’t know exactly where in the orbital it is — until we look at it.

This is how quantum computers work. Until we actually observe and measure the state of each qubit, we don’t know what its value is — which means that each qubit has multiple simultaneous values — each of which we can be put to work, massively expanding the power of the computer. When we observe the state of the quantum gates in the quantum computer, we change that state — causing the quantum state to collapse into zeroes and ones that can then be interpreted. We aren’t going to go into the math behind this (you’re welcome, by the way) but suffice that it’s enormously complex.

Related Article: The Rise of the Digitally Mature Organization

Quantum Computing in the Mainstream? Still a Ways Off

How do quantum computers actually work in practice? Because of the probabilistic nature of qubits, they must be slowed down so that they can be observed to determine what state they’re in at any point in time. This is done using a device called a dilution refrigerator. It’s an amazing, steampunk looking device, a supercooled chamber filled with liquid helium. When the qubits are immersed in it — which lowers their temperature to very close to absolute zero, the temperature at which all atomic motion stops — they slow down to the point that a snapshot of their instantaneous state can be captured.

To make them useful, quantum computer scientists write algorithms that take advantage of the “superpositioned nature” of the data in quantum computers. As a result, the outcomes are typically probabilistic in nature, meaning that quantum computers don’t spit out answers that are deterministic (yes or no). Instead, they specify the outcome to be true within a certain defined probability. This works well for things like complex search routines, modeling of very complex environments like weather systems, economics, drug interactions, particle physics experiments, creation of hyper-secure systems, troubleshooting of complex environments and so on. To model those kinds of complex systems accurately would require more computing power than we have on the planet today — which is why quantum computers show so much promise.

Will they have a role in the typical organization any time in the near future? Probably not; there are only a handful of quantum machines in existence today, although IBM has made their quantum machines available online for researchers to use, free of charge. When we consider the immense power that AI brings to the fore, imagine what happens when quantum goes mainstream and is coupled with the magic of artificial intelligence. It is then that we will truly see “quantum leaps” of human-machine capability.