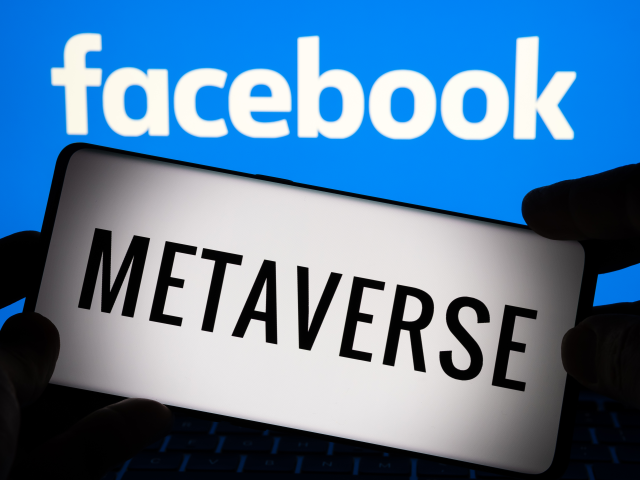 It may not be breaking news anymore, but it’s still creating a great deal of chatter on both sides of the Atlantic. Facebook is planning to hire 10,000 people in the European Union (EU) to build the "metaverse," a virtual reality version of the internet that the tech giant sees as the future.

Facebook CEO Mark Zuckerberg has been a leading voice in the Silicon Valley hype around the idea of the metaverse, which will blur the lines between the physical and digital worlds. It will also depend to a great extent on the use of augmented reality (AR) and virtual reality (VR) environments and the skills needed to create these kinds of worlds. The technology might, for example, allow someone to don VR glasses that make it feel as if they're face to face with a friend when in fact they are thousands of miles apart and connected via the internet.

"The metaverse has the potential to help unlock access to new creative, social, and economic opportunities. And Europeans will be shaping it right from the start," Facebook vice presidents Nick Clegg and Javier Olivan said in a blog post. The EU hires, spread over the next five years, will include "highly specialized engineers," according to the post.

Leaving aside the fact that investing in the EU has plus sides, including access to a large consumer market, top universities and high-quality talent, the announcement also comes at a time when Facebook and other U.S.-headquartered tech companies are under increasing scrutiny in Europe. Regulators are investigating Facebook and other big companies for possible breaches of GDPR. So is Europe a good move for Facebook’s metaverse plans?

Scott Lynch, founder and head of extended reality development at Chicago-based Voyre, said it has been challenging to find the right people with the right skills in the U.S. The major challenge, he said, is that the labor force needs to be familiar with 3D game engines like Unity and Unreal. Generally, the workers that have these skills have been working in the gaming industry.

“For some reason, the U.S. does not have a lot of available workers with these skills. Silicon Valley has a lot of developers but not a lot of them have the game engine experience that this industry required,” Lynch said. “Many of the people who do have the right skills that we've tried to hire are getting multiple offers so it's a hot market for talent."

Many companies work with outsourced labor to help solve these issues, and there are a lot of development partners in Europe, especially in eastern Europe, he added.

“This is speculation, but I think there has been more support from the governments in Europe, and Canada, to actively encourage new developers to get started in this industry,” Lynch said. On the U.S. side, he argued, there has been little support from governments or higher education to develop talent for the gaming and immersive industries. The result is that the workforce is a few steps behind.

Facebook, however, is not abandoning North America. The California-based company is still heavily invested in promoting and developing the talent pool. The number of people it has working for Facebook Reality Labs, a part of this push into the metaverse, is a case in point. It also runs Oculus Launch Pad that is designed to develop new talent specifically from the U.S. and Canada.

“The metaverse is going to be a major undertaking and they will need a lot more skilled labor than I think is currently available here in North America,” Lynch said.

Facebook's Carrot Is Meant to Change the Narrative

There are other reasons why Zuckerberg is recruiting in the EU rather than the U.S. that are partly positioning and partly substantive. If you dig into the detaila, one reason is abundantly clear, according to Christine Alemany CEO of New York City-based TBGA.

She pointed out that Facebook omitted the UK from its list of target countries to staff the metaverse initiative, despite the company's significant presence there. This omission signals that Zuckerberg hopes to dangle a potential hiring spree of 10,000 EU citizens in the hopes of influencing two mammoth pieces of EU tech legislation: the Digital Markets Act and Digital Services Act.

As these legislative proposals work their way into law, Zuckerberg could be trying to change the narrative around Facebook. The goal would be to shift the conversation away from recent scandals, major outages and rising calls to curb what some say is its monopolistic power. Instead, the metaverse narrative focuses on the company's expansion and job creation in the EU. Additionally, Facebook might feel like it understands what it is up against in the EU, whereas in the the U.S. there is still a lot of legislation to come around privacy and customer data.

“The EU's already strong data protection regulation provides clear rules of engagement as Facebook invests in the emerging metaverse, unlike the patchwork of privacy and data regulations that it is currently navigating in the U.S.,” she said.

Gaming, Remote Work and the Metaverse

Derek Lau, game director for the Australian-based metaverse and NFT gaming company Guild of Guardians, pointed out that the metaverse development is part of the ongoing development of the play-to-earn gaming world on one hand, and the unstoppable trend towards remote work on the other. This, he said, is the cornerstone of the new virtual economy which is poised to engender the next stage of the internet: a persistent, shared virtual space.

Facebook's announcement underlines that the metaverse has evolved from a niche term to an almost tangible reality, one that some companies are already embracing as the future of work and play. The most intriguing part is the variety of new career possibilities in a more open and decentralized internet, which some have called Web 3.

“Web 3 will drive this progression in mind-blowing ways, combining our virtual and physical worlds through augmented reality and adding complex layers based on blockchain and AI technology,” Lau said.

Careers in the metaverse will not only be commonplace, but necessary. Contract lawyers and accountants will be needed to manage the new legal infrastructures of the blockchain layer, while insurers will have to be brought in to guarantee precious data and digital items are protected from theft or deletion.

“In fact, all careers can be transferable, from digital fashion designers and events organizers, to web 3 tour guides, and even metaverse architects — the opportunities are literally endless,” Lau said.

There are clearly many reasons to look at Europe for metaverse development, but it’s hard to get away from the feeling that at least part of the reason for Facebook’s move to create 10,000 jobs is to keep EU regulators happy. In the statement about the jobs, Facebook’s Nick Clegg, vice president of global affairs and, it should be noted, a former deputy prime minister of the UK, pointed out that the EU has an important role to play in shaping the new rules of the internet.

“European policymakers are leading the way in helping to embed European values like free expression, privacy, transparency and the rights of individuals into the day-to-day workings of the internet. Facebook shares these values and we have taken considerable action over the years to uphold them,” the statement said.

Could it be that Facebook is getting cozy with Europe in order to shape future legislation in a way the company likes? It’s hard to say.