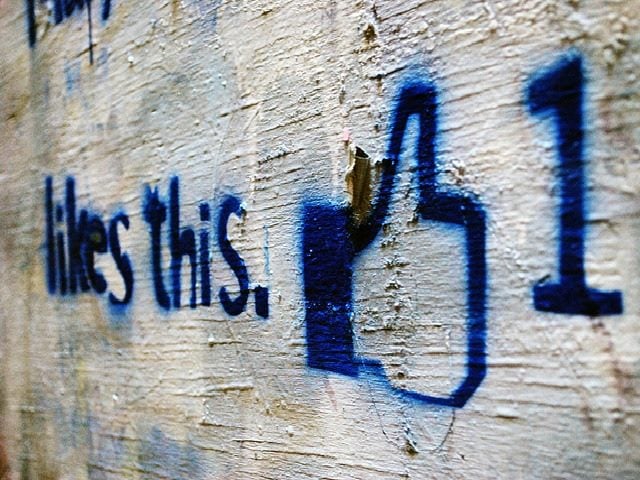 Why Facebook's Metaverse Is Still Only A Pipedream

Last week, the CEO of Facebook, Mark Zuckerberg announced to investors that he plans to take Facebook in a new direction in the future. The social network, he said, during the earnings call for Q1 2021, would become more than just that; It will, in the coming years, become a metaverse.

The concept of metaverse is not all that new. It has been around since at least 2014 but it hasn’t really attracted the attention of Big Tech until recently, and especially after Zuckerberg made his recent comments. So, what is it he was talking about?

The Metaverse he was referring to is a collective virtual shared space including the sum of all virtual worlds and the internet. It may contain derivatives or copies of the real world, but it is distinct from augmented reality, according to the IEEE — specifically the IEEE Virtual World Standard Working Group — which describes itself as an association dedicated to advancing innovation and technological excellence for the benefit of humanity. It is the world's largest technical professional society.

The word "metaverse" is made up of the prefix "meta" (meaning beyond) and the stem "verse" (a backformation from "universe"); the term is typically used to describe the concept of a future iteration of the internet, made up of persistent, shared, 3D virtual spaces linked into a perceived virtual universe.  For all intents and purposes, it is the logical extension of augmented and virtual reality. In sum, it is the place where the internet, new technologies and virtual worlds interface.

Like other technologies that have emerged over the past few years, the charge has been led by cutting edge companies before the major enterprise tech vendors get involved either though their own innovations, or through acquisitions.

That said, there are already a number of substantial players in the mix including Epic Games, Unity and Snap. However, over the recent season of earnings call, a number of people other than Zuckerberg appeared to be throwing their hat into the ring. While he explained that he saw the future as the next step for the mobile internet and that users would be able to access it form different devices and different phones, Microsoft’s Satya Nadella also made a couple of notable observations. "As the digital and physical worlds converge, we are leading in a new layer of the infrastructure stack, the enterprise metaverse," he said, during the earnings call.

In May, the CEO John Riccitiello in the earnings call for his company, Unity Software, outlined in practical terms where he believes this is going. "There'll be millions of endpoints in the metaverse and these will include shopping sites, games, social networks, messaging apps, 3D conferencing, and job sites and constructions augmented by real-time 3D in the form of Unity reflect, he said. “We can get all these websites going millions of endpoints or destinations are the metaverse and it will expand in huge ways in years to come."

Les Borsai is the chief strategy with the Los Angeles-based Wave Financial Group, a venture fund that invests heavily in digital and cutting-edge technologies. He argues that Zuckerberg’s statement outlines what is the logical next step for Facebook.

When Zuckerberg announced that Facebook will become a metaverse company, he was talking about the intention to build on top of the existing technological infrastructure of Facebook to create a system that enables users to move between augmented reality (AR), virtual reality (VR), and regular 2D devices. Within the metaverse, users can socialize, build, and interact with the world around them using their digital avatars.

He also points out that Facebook is not the only big tech company that is moving in that direction. He cited as examples, Google and Apple, who have also made large investments in building VR/AR products. Facebook, he says, is different, though, because it already owns so many platforms (e.g. WhatsApp, Instagram, and Oculus, the VR headset developer), giving the company the base to become a pioneer in the metaverse space. These platforms have given Facebook a large customer base and valuable data on people's online behavior.

But it’s not a done deal yet. “For Facebook to successfully become a metaverse company, it must become a compelling innovator in every aspect of immersive reality technology,” he said. “This means Facebook's engineers must be able to create a digital game that can house billions of avatars. The game must be versatile enough to handle numerous access points through the Internet, VR, and AR."

Facebook has already made noteworthy progress in this initiative. Reality Labs is a new division that aims to create a standard for Facebook's metaverse; researchers from various gaming backgrounds are grappling with the concept of presence, how it feels to be in a space with others. Facebook is also developing AR glasses, more advanced VR headsets, and even a software that allows users to teleport into other digital spaces.

“Zuckerberg purports that Facebook will be able to successfully transition into a metaverse company in five years, and AR glasses and VR headsets will be ready for daily mainstream use by 2030,” Borsai added. “However, this is no small task. For one, Facebook must be able to make its VR technology compatible with metaverses that other companies are building. Facebook must also make its infrastructure completely scalable so that user experience does not lag when more users join.”

There are other obstacles too, Daniel Cooper, managing director of New York City-based automation company Lolly.co, said.  A realistic metaverse depends on a level of personalization even Facebook hasn't yet achieved, but they (and others) are getting close. “Think of how TikTok has been able to achieve such a stunning level of social media success through its recommendation algorithms alone,” he said. “Now apply that not to funny dance videos but to literally everything we experience in the world — that's what a metaverse needs to achieve to see high adoption.”

Facebook of course wants its content algorithm to be the most powerful in the world. Thus, becoming a metaverse company just makes sense. “Imagine the clout they'd have among companies if they could provide us with real-time coupons, advertisements, and information wherever we go with whatever we interact with. That kind of broad scale appeal — and that kind of data — are a holy grail for social networks.”

There is one other consideration that needs to be considered before enterprises will even consider it. That consideration is privacy. Once Facebook creates a viable metaverse and onboards billions of users, Facebook has new ways to harvest people's data in order to maximize the company's revenue, Les Borsai of the Wave Financial Group concludes.  Currently, the lion's share of Facebook's income comes from advertising on its 2D social media platform. The company is able to create curated advertisements for users by studying their pictures, posts, events, interests, and other online activity.

In the metaverse, Facebook can generate revenue by selling virtual and experiences to users. Users will want to buy fashionable clothes and accessories for their avatars, purchase access to digital events, or unlock new content in this new digital world.

“There is no question that Facebook will attempt to create artificial intelligence tools powerful enough to harvest data from billions of avatars, and the question as to when Facebook will breach people's privacy in the metaverse is only a matter of time,” he said.

And what will Facebook look like if and when it gets to where it wants to go? If Zuckerberg realizes his ambitions before any of his competitors, Facebook will have a monopoly on the new metaverse space, said Brad Touesnard, the founder and CEO of Canada-based SpinupWP. Facebook has already been the subject of an antitrust case for anti-competitive practices and U.S. lawmakers are working on regulations to limit its scope.

“Facebook’s metaverse will attract lucrative new revenue sources as users are given the opportunity to pay for avatar clothes or entry into private virtual areas. Zuckerberg has already created the dominant social media platform in the world. He now intends to do the same with the metaverse,” he said.