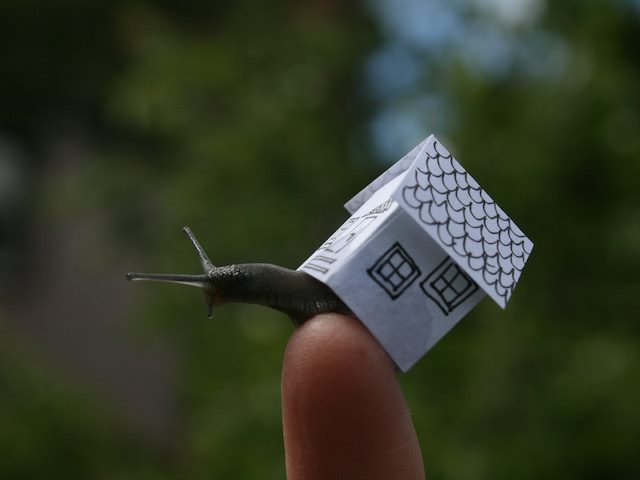 Although many employers have stated they plan to make hybrid work permanent, I've reluctantly concluded that hybrid won’t stick — or at least that people will end up in the office more than they hope. This is despite the fact that the majority of workers don’t want to spend most of their time in a central office. For example, a 2022 Gallup survey found that only 9% of people in remote-capable jobs wanted to work fully on-site.

When I began researching this post I firmly believed there was rarely a need to work face-to-face and that the future would largely be a hybrid model. I then realized I was wrong. While the case people make for the need to return to the office is clearly flawed, I’d been approaching it as a purely rational decision — and that’s not what's going on here.

The issue is the majority of leaders and senior managers don’t want it. And without that top-down direction we will inevitably get stuck with current patterns, for reasons I’ll explain below. But before I get into that, let’s have a look at the arguments for and against.

The Case for Remote Work

The research data on the benefits of hybrid work keeps rolling in. Financially it makes sense — employees can save around $4,000 a year, and employers $11,000 — and on balance, people are more productive and happier.

Employees always knew this. Way back in 2007 a poll by Citrix showed that two thirds of workers wanted this option, even when the tools were much more cumbersome than they are now: “Being able to work remotely or away from the office at least some of the time was near the top of the list of the 'extra' benefits desired by employees, and was even rated ahead of the stock options and on-site child care.”

Related Article: Remote May Not Be the Workplace Model of the Future

Bosses loudly proclaim their faith in the power of face-to-face interactions, but rarely explain what the actual secret sauce is. In a memo to all staff about returning to the office, Apple CEO Tim Cook referred to “the irreplaceable benefits of in-person collaboration” like it was an unquestionable truth. JP Morgan’s CEO said that working from home “doesn’t work for those who want to hustle. It doesn’t work for spontaneous idea generation. It doesn’t work for culture” — again without any justification given.

I find this odd. Scientists around the world routinely make new discoveries in distributed teams. Most global companies expect people to collaborate day-to-day across continents without flying them back and forth. I see no fundamental difference between collaborating with someone in another office and collaborating with that person in a home office.

Some say you need face to face to build trust, but for centuries people formed all kinds of bonds by letter. Charles Darwin, for example, developed most of his great ideas by correspondence, working with over 100 collaborators over his career. People have fallen in love by letter, telegram, fax and email. English King Henry VIII and Anne Boleyn even whipped up a romance by leaving love notes in the margins of a prayer book!

So no, you don’t have to be face to face to get things done.

None of this is to deny that for some people face to face worked better. Face to face may have been the only way they’ve worked, which gave them years of understanding in how to run meetings in person, and quite possibly built on decades of processes that have evolved to work well in a physical environment.

But current experience is not proof that virtual cannot work well too. There may be no fundamental barrier, only a hurdle of familiarity and skills for working in a new way. I’ve worked largely virtually for 15 years and although the technology has improved somewhat, the real leap forward in the last two years has been the competencies of virtual meeting participants. What used to feel very clunky now comes naturally to most people.

Earlier I quoted leaders saying that an office builds culture. Certainly, how you decorate and furnish a space may reflect your values. But ask yourself honestly, how much of a worker’s 9-5 day really involves any activity that builds culture? Usually, when asked to define ‘culture’ people refer to values, leadership and communication — none of which are physical properties.

Related Article: How to Practice Empathy in the Virtual World of Work

So far, the rational case for hybrid working seems to say it is a good idea. However, just because a change is rational doesn’t mean it will happen. It takes a very strong drive from the top to bring change about. But moving to hybrid working isn’t necessarily rational for the leaders that need to make it happen.

Senior people in organizations tend to be more extroverted. These leaders became successful due to their in-person style and often charisma. A hybrid model weakens their ability to function well. For example, a study of 770 people looking at remote vs. in-person leadership styles found that people are much less swayed by personality when working virtually. Extroverted leaders are also less likely to intuitively grasp the befits of hybrid working because it goes against their natural inclination to socialize. The pattern becomes self-perpetuating if the organization also promotes “people like me."

Related Article: The Superpowers That Introverts Bring to the Workplace

The Economics of Extroversion

Even at lower levels in the hierarchy, when there’s a hybrid option, extroverts will find time in the office more attractive. As they tend to network through in-person conversations, this will start to exclude remote workers. Over time, this will give extroverts a greater advantage: they’ll seem more informed and be more likely to hear of opportunities on the grapevine. In the internal marketplace of work, staying at home becomes a competitive disadvantage without systems to counterbalance this.

The result of all of this is that even people who don’t really want to return to the office will be rationally compelled to if they want to thrive. This is something also seen by Laszlo Bock, former HR chief for Google talking to Bloomberg: “workers who stay home will be at a disadvantage for nabbing promotions, better pay and plum assignments. ‘There will be some gamesmanship driving them back to the office as well.’"

The end result is that social forces will return us to more or less what we had in 2019. McKinsey put it eloquently with this statement: “Be clear that fixing the next operating model will take years and is a separate effort from the near-term return to the office.” It's like being on the top of a hill: to get to an even higher hill you have to go down first, and that won’t happen incidentally.

Related Article: Does Your Company Have Proximity Bias?