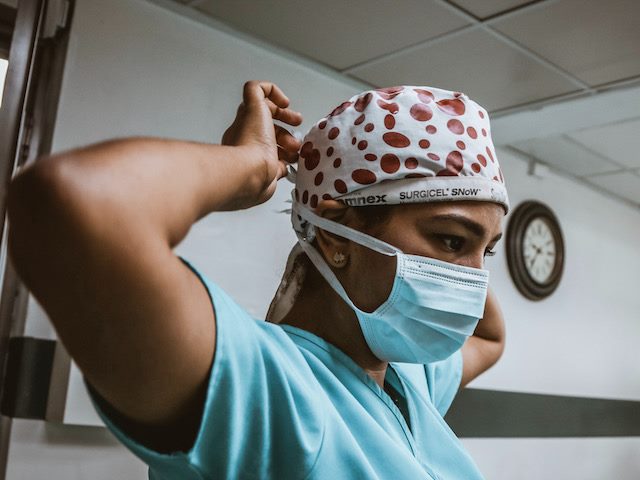 To uncover what is happening with frontline workers, New York City-based Workday just published research based on a survey of 3000 workers globally. While the survey focused on frontline workers in industries like construction, energy, healthcare, hospitality, manufacturing, retail and transportation, many of the findings are mirrored in other industries.

Workday noted that 56% of senior executives are currently facing frontline employee turnover, which the company stated is higher than the historical average. Three principal themes emerged from the survey:

1. Workplace belonging: The research shows that one of the most important asks by workers is to feel like they belong in the organization. In this respect it is worth noting that although 20% of frontline workers are planning to leave their jobs within the next three to six months, 79% of the workers who said they felt like they belonged to something had no plans to change companies.

2. Right Tools: Flexible scheduling was cited as one of the most important tools in the workplace and is considered necessary for general well-being. These tools, the report reads, provide workers with better control over their work schedules. This is important as the availability of such a tool creates the impression of transparency and openness, a key element in building engagement.

3. Manager support: The survey showed that 80% of workers who believe their manager understands and supports them say they are happy in their job and are not likely to leave the organization. The flip side of this is that is that of those who say their manager doesn’t support them, only 20% say they are happy. The figures also appear to show that a supportive manager can improve employee retention by up to 300%.

In a blog about the research, Ben Eubanks, head researcher at Lighthouse Research and Advisory and author of the report, said of the findings: “We’re seeing this big focus on the value managers bring to those workers, the priority those workers put on that relationship, and how much that worker-manager relationship influences the entire spectrum of how frontline employees feel about the company.”

He also points out that even in the current economic conditions it is still difficult to find replacements for staff that leave. He said the pressure from this is forcing employers to start looking at retention strategies and how to increase feelings of belonging among staff.

Keeping with the technology for frontline workers for a moment, employee experience platform provider LumApps announced the launch of a new QR code feature which allows deskless workers to quickly and securely log in to their LumApps account on the go. The feature creates a personalized, limited time code to give mobile app users quick, authenticated access to their LumApps account.

As Suzie Robinson, consultant at ClearBox wrote in a recent Reworked piece, three areas set frontline worker needs apart from their desk-based counterparts: unclear "ownership" of their experience, lack of company devices and lack of time. "Any technology (and content) must therefore be quick and easy to use, be justifiable if taking time out from daily tasks (such as to complete an incident report form) or be engaging should people want to use it outside of work." This feature aims to answer the challenges Robinson outlined.

In a statement around the launch, Sammy Gad, product manager of mobile experience at LumApps said: "With our new QR Code login feature, we're simplifying the mobile app onboarding process and making it easy for deskless employees to stay connected to their company and peers — regardless of where and when they work."

The emergence of frontline worker apps started before the pandemic but the latter significantly increased attention to these vital workers' needs. With Statista reporting around 31.67 million frontline workers in the U.S. alone in 2020 and in light of findings like Workday's, expect to see even more activity around this part of the workforce.

While much of the discussion around the metaverse last year centered on the software that will ultimately drive it, a lot of movement has been happening in the hardware space, too.

Hardware, and in particular AR and VR glasses, is critical to bringing the metaverse to fruition. This week Apple was in the news with its augmented glasses.

According to reports in Bloomberg, technical difficulties have forced Apple to postpone the release of its augmented glasses indefinitely. However, the report added the company still plans to release its mixed-reality headset sometime in the spring.

Mixed reality brings together real world and digital elements and allows users to see and immerse themselves in the physical world while interacting with virtual environments.

The Bloomberg report noted that the headset, which it puts a $3000 price tag on, will work on the company’s new xrOS operating system and be named the Reality Pro.

Apple's so-called "realityOS," is believed to be the operating system that will run its dedicated AR and VR platform.

While the metaverse is still only a work in progress for any of the companies working in the space, this announcement from Apple places it in direct competition with Meta. Apple has already established a hold in the AR and VR space through the access it provides to offerings from third party developers.

Slow Your Roll on the GPT-4 Hype

Along with the metaverse, one of the tools that will likely have a major impact on the workplace is bots, and in particular chatbots. Over the past few weeks, OpenAI's ChatGPT has dominated the headlines, giving rise to some wild speculation.

We looked at some of the possible impacts of pulling ChatGPT into Microsoft 365 earlier this week. But there are other issues too, some of which OpenAI CEO Sam Altman outlined in an interview this week in Strictly VC.

The interview followed the announcement by Microsoft on Monday that it had pushed its Azure OpenAI Service into general availability.

Despite the potential the partnership offers, Altman warned people not to get sucked into the hype around GPT-4 and the upgrade to ChatGPT that is expected in the first quarter of this year. In response to a question on the timing of the release he said: “It’ll come out at some point when we are confident we can do it safely and responsibly."

Altman categorized the speculation about the parameters of the new model, with Acquisition.com founder Alex Hormozi speculating it will move from GPT-3 (175 billion) to GPT-4 (100 trillion), as “complete bullshit."

He continued: "The GPT-4 rumor mill is a ridiculous thing. I don’t know where it all comes from. People are begging to be disappointed and they will be. The hype is just like ... We don’t have an actual AGI and that’s sort of what’s expected of us."

So approach ChatGPT rumors with caution, or prepare to be disappointed as Altman warns.

Lausanne, Switzerland-based Logitech develops peripherals and video conferencing products and has gained considerable traction as a result of the growing popularity of hybrid workplaces.

The partnership will bring Logitech's conferencing capabilities into Framery's physical meeting booths, or pods. The combination aims to provide an all-in-one dedicated solution for hybrid meetings in what are often busy offices. Framery and Logitech have been working together on the new booth configurations since the beginning of 2022.

According to research from Framery, around 80 to 98% of all video meetings have at least one remote participant. Both companies expect the hybrid workplace trend to continue for the foreseeable future and hope the video pods will improve the experience for all participants in a video meeting — both collocated and remote.