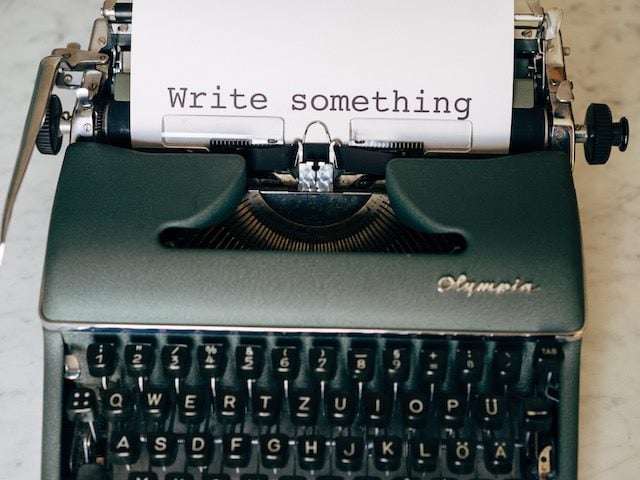 What ChatGPT in Microsoft 365 Could Spell for the Workplace

Neither Microsoft nor OpenAI have confirmed reports that Microsoft will invest a further $10 billion into OpenAI, but recent actions by the Redmond, Wash.-based company will only feed the speculation.

On January 16, corporate vice president, AI Platform Eric Boyd announced the general availability of Azure OpenAI Service in a blog post. Availability is restricted to customers who meet and adhere to Microsoft's recently published responsible and ethical AI principles. Customers are required to apply for access describing their intended use-case or application before the company will provide access to the advanced AI models.

Gartner VP and distinguished analyst Bern Elliot explained the new service includes GPT-3.5, Codex and DALL•E 2 — all backed by enterprise-grade capabilities (e.g. compliance, security) and Azure’s AI-optimized infrastructure. He also noted that a new fine-tuned version of GPT-3.5 that has been trained and runs inference on Azure infrastructure, will also soon be available.

Implications of a Microsoft–ChatGPT Partnership

OpenAI is the company behind the ChatGPT neural network machine learning model which has captured the headlines in recent weeks. The system is trained using data available on the internet to generate content.

GPT stands for Generative Pre-trained Transformer. OpenAI introduced GPT-3 in May 2020 and version 4 is expected in the next couple of months, according to the AI newsletter The Algorithmic Bridge. Unsurprisingly, GPT-4 is expected to be more efficient, more accurate and faster than its predecessor.

While ChatGPT has clear and obvious use cases in customer experience, its potential to disrupt the digital workplace is also becoming clear. In fact, according to The Information, Microsoft is looking to pull ChatGPT into Office.

However, the story is even bigger. There is considerable speculation about other possible uses for ChatGPT, including its possible integration into the Bing search engine and the resultant headaches that might cause Google.

The first and obvious point of entry into the Microsoft digital workplace environment is Office and Microsoft 365, Elliot said.

ChatGPT is a specifically enhanced version of GPT3.5 with an added conversational user interface and other controls. While earlier versions of GPT were open, he noted that GPT is now private and Microsoft has exclusive rights to the models. Two reasons for this are 1) to preserve competitive trade-secrets and 2) to enable stronger support for responsible AI, he added.

The training corpus for ChatGPT is public information on the web along with large volumes of proprietary corpus that was purchased and cleaned specifically for OpenAI.

As a result, he said, Gartner expects Microsoft to incorporate the ChatGPT services into elements of its Microsoft 365 suite (formerly Microsoft Office Suite).

While Microsoft has not announced specific ChatGPT functionality, he explained that some of the options Gartner will be looking for include:

The other, longer-term potential use for ChatGPT, Elliot added, is to provide Bing with a counterpoint to Google search. In this case it would enable Bing to answer Bing search queries with direct answers rather than a set of reference links, he said.

Potential Use Cases of ChatGPT in the Digital Workplace

For Sam Marshall, director at Chester, UK-based ClearBox Consulting, the recent moves and ChatGPT's potential use in Office are reminiscent of what Microsoft achieved with Designer for PowerPoint.

“It can help get you started and give a very useful 60% solution to then be refined,” he said. “I really see good potential for Word and an element for Outlook too first off, largely because ChatGPT lends itself naturally to text at the moment.”

He also noted it excels at synthesizing key points on a topic for a person to further embellish and fine-tune.

In Outlook too, he says, ChatGPT does a passable job at providing content for some common use-cases such as "help me write a letter asking for a pay rise” or “create an informal invitation to a health and safety workshop for colleagues.”

“I’d love to see Microsoft tailor OpenAI’s technology to a presentation format for PowerPoint. It does not seem an unreasonable leap to ask ChatGPT something like 'Create an outline deck for a product sales pitch that includes case studies,'” he said.

Two significant problems stand in the way, or at least for the moment, according to Marshall. Namely:

Chat-GPT does not have an authentic voice, said Marshall. It writes in a bland and undifferentiated way — as you might expect from something that mushes together the average of everything it has been trained on. Using the raw output will come across as dull and insincere, and there is a real risk people will rely too heavily on it.

While RLHF is great for common topics, he said, anything specific to your organization or workplace will not be included in that feedback. Therefore it will not work for internal communications or much that is specific to your products or brand.

“I don’t know if there’s any plans whereby the technology could be used for enterprise-specific instances and trained, but having seen how organizations currently fail to grapple with enterprise search, let alone things like Viva Topics, I don’t see that as a common reality in the next 10 years,” Marshall said.

Further ChatGPT-Office Use Cases and Challenges

What is likely to come next is a version with newer data and some improvements in performance, accuracy and ability to learn from user feedback, said Berkeley Synthetic CEO Matt White.

While a big deal for productivity, it is not without its challenges, said White. "I am not certain how they will integrate it into the Office suite but whatever emerges will give users quick access so as to be able to generate text content that will substantially improve their productivity."

He added that ChatGPT, when used properly, enables users to ask questions, issue instructions or pose hypotheticals to produce content that will provide a base for their works, help them ideate and to produce boiler plate content rapidly.

White believes it's possible to extend ChatGPT into all tools including Excel, Word, PowerPoint and Outlook to help produce content and format it. Here he cited a number of possible use cases:

White pointed out that ChatGPT can already create presentations, it just cannot output them in PowerPoint. With its integration into PowerPoint, a user could produce an entire presentation template with content which they could then modify to suit their needs. The time savings here would be substantial.

For Outlook, White said, you should be able to compose and respond to emails much more quickly, including sending mass emails. He sees an obvious integration here too. He said by integrating Cortana into the ecosystem, users would be able to issue voice commands to produce the content they need.

In Microsoft Word, templates could contain content for the theme and style of the document which can then be customized, said White. Microsoft might also enable ChatGPT to reformat documents to make them sound more intelligent or cogent, and in the process clean up spelling, grammar and punctuation, he continued.

White raises a caveat, however: accuracy. He said while some of ChatGPT's content is 100% accurate, it also provides completely wrong but very convincing answers, so users need to use discretion and not accept outputs at face value.

Related Article: What Would a 'Smart' Digital Workplace Look Like?

Bing remains one of the biggest areas of speculation with ChatGPT. IO21 CTO Hailey Yoon believes ChatGPT has huge potential to change how people gather information on the internet.

While it's uncertain whether the search function itself will be better than Google’s search engine, she said ChatGPT has potential to deliver and present information better. She cited the example of someone with a peanut allergy searching for a good pad thai recipe. The top 10 recipes in Google results all contain peanuts. On ChatGPT, the AI remembers you have a peanut allergy and automatically gives you a peanut-free pad thai recipe.

ChatGPT’s AI, she said, will search for the information the user truly needs, not the most searched and clicked information.

While the potential problems this could pose for Google have been the greatest source of discussion, Yoon said it threatens any corporation providing search engines as a service.

'A Misleading Impression of Greatness'

The large language model has yet to be trained on anything past 2021 and the content it produces needs to be vigorously vetted, he said. Rogers points to a tweet by OpenAI CEO Sam Altman in December, in which he admitted ChatGPT creates "a misleading impression of greatness."

ChatGPT is incredibly limited, but good enough at some things to create a misleading impression of greatness.

it's a mistake to be relying on it for anything important right now. it’s a preview of progress; we have lots of work to do on robustness and truthfulness.

If Microsoft plans to invest another $10 billion in OpenAI, it will want to develop two major additional capabilities, Rogers added. First, the AI system needs to make better connections between facts so that it can fact-check itself. Right now, he said, it appears to know many facts because certain groups of words follow certain other words or questions.

“In other words, it has learned language patterns, but not actual facts per se. To be a reliable source of contemporary information, it will at least need to know when it is not confident in its 'facts,'" he said.

The other important capability to develop will be its ability to take a perspective and drive to inferences and conclusions based on this perspective, he said.

Currently, ChatGPT writing lacks 'flavor' — that extra interest that comes from deviating from the golden mean that it currently tracks. That will not be an easy feature to develop, but it would move ChatGPT closer to Artificial General Intelligence (AGI). Incremental movement in this direction may be possible.

“If Microsoft plays its cards right, it will be able to harness the mass utilization of MS Office to get tons of feedback that will continue to evolve ChatGPT in these directions,” said Rogers.