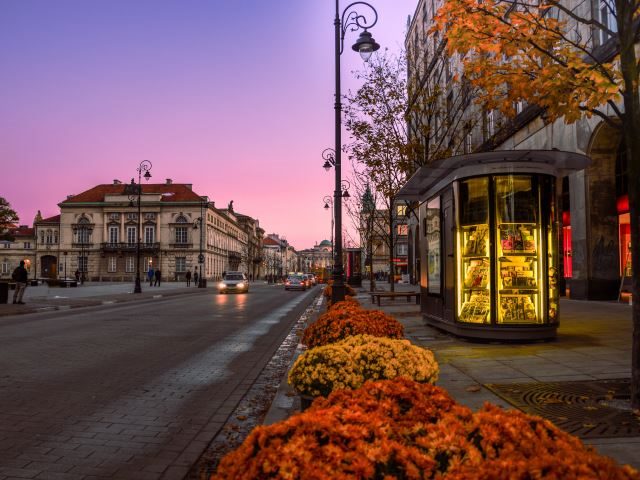 If the acquisition of Slack by Salesforce closed off the digital workplace year with somewhat of a bang, the new year is also shaping up to be an interesting and competitive year already. Not a lot has been confirmed about any of the rumors that are currently circulating about several products but there is rarely smoke without even a small fire, so January is likely to be interesting as news starts breaking.

But it is worth taking a quick look at some stories that emerged over the holiday break. According to a report in The Information, Zoom is looking at expanding beyond the video conferencing market and moving deeper into the territory occupied by Google Workspace with the possible introduction of email and calendar services.

According to the report, the San Jose, Calif.-based company is already working on an email service that will be released as a web email offering. More to the point, the new offering is to be tested early this year.

The report adds that the calendar service that it is also working is not as well developed and is much further off in terms of testing let alone a release date, but the fact that it is even looking at this will already pique interest as companies look for easier and lighter ways to communicate.

Zoom has made huge progress over the past year in building its audience largely because of the COVID-19 pandemic, but it has also improved the platform considerably with better security and larger meeting capabilities. Expanding functionality in the digital workplace is an obvious step.

However, if these new services do materialize it places Zoom in direct competition with both Microsoft and its Teams platform, and Google with Workspaces. Both have been playing in the productivity space for a long time and it will be hard for Zoom to compete.

That said, if the objective is to provide tools that can be used immediately and in tandem with Zoom then it is a good idea, and the fact that Zoom has spread so rapidly in the enterprise should give any new offerings traction that other new tools would not have.

So, is a new app suite on the cards? According to the Information, job postings for “exciting chat features” have already appeared while it already has integrations with other apps, including Asana and Dropbox.

Nothing is definite, not even the fact that there will be enough remote workers to make this worthwhile once COVID-19 has passed but this is worth watching.

While everyone is watching the big players in the communications market, there are several minnows working away in the background to carve out a place in one of the most competitive spaces in enterprise technology.

Many organizations turned to Zoom, Google and Microsoft to solve their immediate problems and keep workers productive. With many considering remote working or hybrid working – a mixture of work from home and the physical workplace - as a permanent fixture, they are starting to look around for other options.

San Francisco-based Rewatch is one such possibility. Founded in February last year by Connor Sears and Scott Goldman, who both previously worked at GitHub, Rewatch offers a private and secure video channel for teams. It transcribes videos and unlocks teams' "spoken knowledge," making it searchable and organized — all in one place.

Companies can record meetings over Google Hangouts or Zoom and Rewatch archives the meetings into a database. According to the company’s founders, the biggest issue with video is that it is too hard to find what you are looking for inside hours of video. It solved that by making sure every video is automatically transcribed so the content is readable and searchable. This also allows users to search inside videos so they can quickly find what they are looking for.

It also released a bunch of integrations in 2020, which means organizations can pull video content from wherever it is located and does away with the need for difficult-to-manage shared folders or the need to search through endless chat conversations to dig out information.

Clearly there is a market for it, as the company just announced it has raised $2 million in funding. The round is led by Semil Shah from Haystack with participation from Kent Goldman at Upside Partnership plus several other investors including Sahil Lavingia (Gumroad CEO), Jason Warner (GitHub CTO), and Jason Smeale (Zendesk SVP of engineering) among others.

Nadella Says Teams Will Act as an ‘Organizing Layer’

However, all these moves are pretty much overshadowed by the progress Microsoft Teams over the past year. Among a general explosion in the number of people using communications tools to enable remote work over the course of 2020, the figures for Teams are exceptional even if Microsoft, as usual, has not been very forthcoming.

In fact, the last figures were from last September. At that point, the number of daily active users of Teams had jumped to 115 million from 13 million in the middle of 2019. On one day during the third quarter, users of Teams spent 30 billion minutes working on the platform, the equivalent of about four hours per user. More importantly, Microsoft is integrating its Office suite of applications with Teams.

But that is not all. Satya Nadella gave an interview to the Financial Times in which he outlined what he sees as the future of Teams. Teams, he told the UK-based newspaper, is the new “organizing layer” of the workplace, pulling together every tool a worker needs into a single place through either the Microsoft environment or though integrations to outside services. The result will be access to collaboration tools, video meetings, chat and other business applications through a single user interface.

In fact, according to Nadella, Teams is on the way to becoming as big and important as the development of the internet browser. Comparing it to WeChat in China, he said Teams is the closest possible thing you can get to a single all-encompassing digital platform and is as important to users as the operating system is.

Ultimately, the goal now appears to be to make Teams a platform through which workers can access everything without ever leaving it. That Nadella is talking this up now is no accident. If Teams was originally released to counter the rise of Slack in the digital workplace, the announcement in December that Salesforce is buying Slack must have created some concern across the entire company.

While Teams had no problems competing with Slack before the announcement, Slack with Salesforce is an entirely different problem, albeit one that will take time to fully mature. It remains to be seen how, or even if, Salesforce will manage to make a success of integrating Slack into its business model and whether current Slack users are going to stick around.

Microsoft is clearly not waiting to see what the outcome might be and is talking up Teams for organizations that are already clients, or for those organizations that are looking for alternatives. Nadella is also selling Teams as the answer to all workplace problems and the realization of the long-sought after workplace ideal – a single, unified place to work with access to everything.

While Nadella was busy promoting Teams and its virtues to enterprises and small and medium-sized enterprises, its principal competitor — for now at least — was having a bad start to the year. On Monday, Jan. 4, Slack, the business messaging app that has become a staple for many workers to communicate with each other during the COVID-19 pandemic, crashed worldwide on the first full workday of 2021. The first reports of a problem emerged at around 10 a.m. U.S. Eastern time and slowly started to resume at around 12:30 p.m.

In a statement issued by the San Francisco-based company about the outage, it explained that starting around 6 a.m. U.S. Pacific some users started experiencing occasional errors and increased latency while using Slack. Around 7 a.m. Pacific there was a rapid increase in errors and Slack was not usable for all customers. The problems spread and only appeared to recede in the afternoon that day.

On Jan. 6, an update to the statement read: “We know our customers rely on Slack. Our top priorities are working alongside our cloud vendors to fully understand the underlying causes of the outage and putting safeguards in place to prevent similar problems from happening again.”

At the time of writing there was still no official explanation as to what had happened, but for workers in the digital workplace it does not really matter. During the outage, users could not send messages, load channels, make calls or even log in to the service, and some had problems with their calendars and notifications. It also undoubtedly sent many people to Google or Zoom, or even email to transfer documents, which for providers is one of the undesirable consequences of these outages.

While cloud computing has provided organizations with major advantages over the past five years, outages are still a problem for all providers. Microsoft’s Office 365 had a major outage last September, then twice more at the beginning of October. Google also suffered a significant outage which hit Gmail, YouTube and Google Maps in December. The question of enterprises now and in the future is whether they can live with these kinds of outages because they will not be going away.

Together, the two companies combined will offer a new service for accounts payable departments to help reduce invoice processing time by as much as 80 percent, the release stated. With the joint solution, they will be able to automatically process invoice data in over 35 languages and hundreds of formats from Kofax ReadSoft.