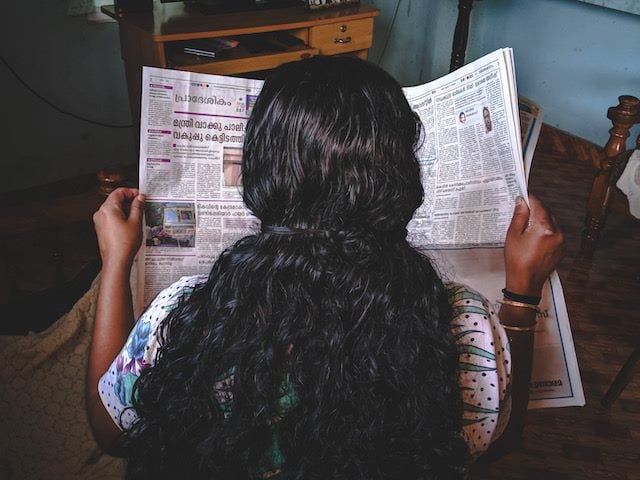 It's been a busy few weeks for San Diego, Calif.-based Wrike. After months of discussion and speculation as to its future, Citrix finally cut Wrike loose. The work management and automation specialist will now continue as an independent company.

In fact, Wrike claims the platform increases performance by 45% and that the new interface, that has been rebuilt from the ground up, is a driving force behind that. Other features include:

The UI also includes a calendar view, providing monthly and quarterly views of team projects, a Gantt View, which shows project timelines and an analytics view that gives users a high-level look into what is happening in an overall project.

In the release announcement, Wrike emphasized the platform was built on three critical values: intuitiveness, scalability and versatility.

For the digital workplace, the versatility aspect has a lot to offer. The company stated this element of Lightspeed enables teams to configure everything in their own space as well as provide views of work across the company. The development of Custom Item Types, a core platform that allows users to create their own work item types customized to each team’s needs, makes these views possible.

Citing data from Forrester, Wrike CEO Andrew Filev told Reworked that software spending worldwide is expected to grow at a rate of 10.3% between 2021 and 2023 — more than two times faster than the rate of spending in other segments of IT.

This is primarily driven by deployment of cloud and enterprise applications, which has resulted in a rise in work complexities and the need for businesses to address the financial and human impact of inefficiencies, alongside decreases in productivity.

"[As a result] The demand has never been greater for a single work management platform that can meet the needs and job styles of individuals while also giving an entire organization the collaboration, measurement, and visibility it needs to drive the business forward effectively," he said.

While the viability of the metaverse has been called into question for Meta, other companies continue to invest in its future, with London-based Ernst & Young (EY), the global professional services organization, the latest to jump into the fray.

The company this week unveiled EY wavespaces, which it described as "A global network that gives clients the ability to bring teams together wherever they are based."

The company has also announced the opening of a new metaverse lab where technologists will be able to build environments to support multiple work scenarios. Organizations can use the lab to build digital experiences to support new and emerging business models that are being driven by the emergence of web3 applications and platforms.

A statement about the release reads: “EY teams are advising clients how to execute robust strategies that are inclusive of new business models, technology interoperability, new transaction platforms, enhanced customer and community." In practical terms, this mean the lab will provide organizations access to people with skillsets that are increasingly difficult to find, notably professionals in the fields of 3-D designer, web animation, game development, art direction and human experience design.

By providing a service built on these skillsets, EY plans to offer customers all kinds of technologies including AR, VR, mixed reality in situations that will be customized for client organizations.

"I am seeing a lot of interest in the metaverse from clients in all sectors and industries. At this stage, the metaverse is about creativity and opportunity, not certainty, and I am excited for EY teams to continue shaping a road map for how clients can anticipate and transform for this next frontier of human experience,” Edwina Fitzmaurice, EY global chief customer success officer, added in the statement.

EY’s interest in the metaverse didn't come out of the blue. In a paper last May, Thierry Mortier and Patrick Rottiers of EY Belgium opened the discussion with: “The Internet as we know it today will be replaced in a few years’ time by a virtual world that closely matches its physical counterpart.”

If claims that the metaverse will replace the internet in a few years seem exaggerated — remember we were told email would be replaced by social networks many years ago — it clearly reflects a growing interest in its possibilities.

In this respect, EY is far from being in the vanguard. But it does appear that organizations are looking at the metaverse as another potential workplace offering that may give them a competitive edge.

Meanwhile, at the time of writing, Facebook-parent Meta reported Wednesday that its profit more than halved to $4.4 billion in the third quarter from $9.2 billion a year earlier, and said it plans "significant changes" to bolster efficiency in a tough economic environment.

Significantly, Meta’s Reality Labs unit, which is responsible for developing the virtual reality and related augmented reality technology that underpins the yet-to-be built metaverse, has lost $9.4 billion so far in 2022. However, in an earnings call, Meta CEO Mark Zuckerberg insisted he will continue spending money on the metaverse in the coming year.

Meanwhile, Microsoft now claims that over 270 million monthly active users have turned to Teams to enable hybrid and remote working. According to the company, these users are spread across dozens of countries and operate in dozens of data regulatory regimes.

In fact the Redmond, Wash.-based company stated that from a 2017 baseline of 67 laws and regulations in 35 countries, the number of data residency regimes more than doubled to 144 regimes across 62 countries.

Think GDPR or the California Consumer Data Protection Act and you get some idea of the problems. If enterprises cannot meet data storage regulations and keep data used in Microsoft 365 compliant then they are not going to invest and Redmond, Wash.-based Microsoft will lose a lot of potential customers.

Due to be released this November, the Advanced Data Residency will provide eligible customers with premium services that include data storage at rest commitments for expanded workloads including Exchange Online Protection, Microsoft Defender for Office Plan 1, Office for the Web, Microsoft Viva Connections, Microsoft Viva Topics, and components of the Microsoft Purview suite.

It will also enable uses to migrate their Microsoft 365 services and tenants into data centers that ensure compliance with the data protection regimes in place in each geography.

In fact, Microsoft now claims to have local data centers in 15 countries worldwide and plans to create another 13 over the coming years to ensure the expansion of its cloud services.

While the entire data center infrastructure is designed to support all Microsoft Cloud products, it singles Teams out for special attention. It points out that with the data residency functionality, users of Teams will be able to store private messages, channel messages, meeting messages, and associated images), and meeting recordings, present in local data center regions.

It is a small add-on but with potentially huge implications for enterprises. Under GDPR alone, organizations that fail to comply and/or suffer a data breach can in the most serious cases be fined up to 17 million euros, ($17 million), or 4% of a company's annual turnover.

At Oracle CloudWorld in Las Vegas last week, the Austin, Texas-based company released Oracle Recruiting Booster which, it claims, will offer talent acquisition teams better engagement with potential candidates, a capability that cannot be underestimated in the current economic climate.

Every organization leader by now has had to manage the problems created by the so-called Great Resignation, particularly given the shortage of suitably skilled people that can address the growing challenges created by new technologies.

Explaining the release, Oracle pointed out that candidates now expect to have a proactive interface with recruiters that offers engagement and clear communications.

Finally this week, New York City-based Ten Thousand Coffees (10KC), a talent experience platform provider, has announced it has raised $56 million in the first institutional funding round since the company was created in 2014.

The announcement comes at a time when recruitment has become one of the most crucial elements in organization business strategies.

According to the company the funding will be sued to build the company’s product roadmap and expand its reach globally.