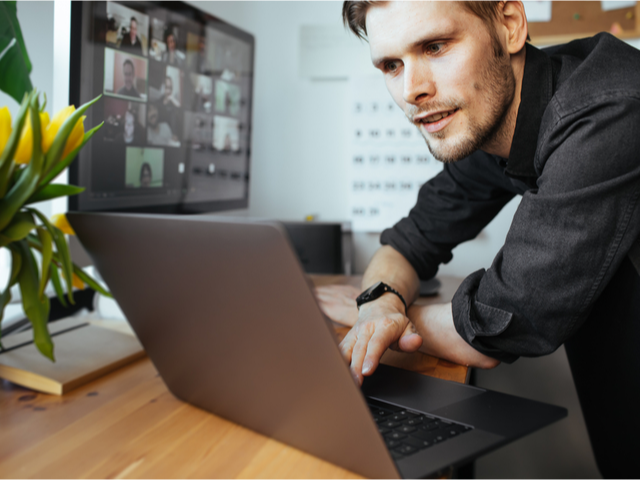 As more companies are adopting a remote-first or hybrid workplace model, virtual workspace tools are adapting to meet these needs as they continue to evolve. One of the latest examples comes in the form of a new Zoom feature called “Immersive View” that allows virtual meetings to have a more in-person feel according to its recent blog post. How exactly is this accomplished?

Basically, video call hosts can use Immersive View to organize members — anybody from workers to specialists — in a solitary virtual climate. This differs from the standard of showing members in a grid arrangement with every individual's background visible. Immersive View contains up to 25 members, and they can appear in various settings, including a meeting room, assembly hall or classroom, contingent upon the occasion. Hosts can physically move individuals around on the screen or let Zoom do it by default.

This new Zoom feature was originally announced back in October, shortly after Microsoft announced Teams Together Mode. While a growing number of startups have led the charge in adopting remote-first mindsets, the transition for larger companies has been rife with challenges, largely due to the fact that there are often hundreds of thousands of workers spread across multiple regions and time zones. Nonetheless, major businesses — including Salesforce, Microsoft, Shopify, VMware, Dropbox and Fujitsu — have already confirmed a permanent shift to a remote-first or hybrid working policy. But improved and more adaptable virtual collaboration tools will be vital to the long-term success of these workplace models.

Around the time Microsoft announced the launch of Together Mode for Microsoft Teams, Reworked shared a thorough analysis of what the development of these kinds of features for workspace tools means for the future of the workplace overall.

“We're entering a new era for collaboration and productivity tools. Where once these were nice-to-have applications, they're now fundamental to ensure businesses can continue to operate in any similar situation in the future. The sheer volume of usage that these tools are experiencing throughout this pandemic is inevitably driving new understanding and new expectations about their role in supporting day-to-day work and enabling organizational culture to be not just maintained, but to thrive and evolve,” wrote Angela Ashenden, principal analyst in the Workplace Transformation practice at CCS Insight.

Immersive View is available now in Zoom’s desktop application (version 5.6.3 or higher) for Windows and MacOS. It has also been activated by default for all free and individual Pro accounts.