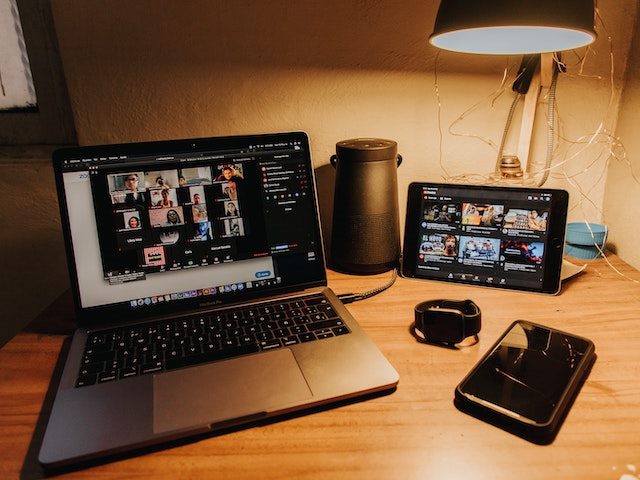 The first week of 2023 was all about meetings. First off, San Jose, Calif.-based Zoom announced a number of upgrades aimed at improving its meetings offerings and also underline its ongoing move into the collaboration space.

The upgrades are part of the company's strategy to enable engaged workplaces and include:

Users can now choose from three meeting templates or create their own custom template to adjust the settings of any given meeting. The three current options support large meetings (e.g., town halls), seminars and K-12 classroom settings, with options like automatic recording, disabling screen sharing and support for polls and quizzes enabled respectively.

Now available in beta to all Zoom users, Zoom Avatars allow people to create and then join meetings via a virtual representation. The avatar mirrors facial expressions and movements. The company suggests they can be used to introduce a little levity to meetings or as an alternative to the static image when choosing not to be.

Recent research published in the Harvard Business Review shows that workers are looking for better engagement with colleagues in meetings and want even remote interactions to more closely mirror in-person interactions.

Zoom’s evolution over the past few years has responded to that by upgrading the platform and adding new functionality that improves the overall functionalities for workers who are using it not just for meetings but for collaboration too.

Before leaving Zoom, it is worth looking at one of the new curated Zoom apps, notably Prezi.

The new partnership gives users the ability to launch Prezi Video from inside Zoom Meetings.

San Francisco-based Prezi was founded in 2009 and offers a presentation and collaboration solution for the digital workplace. For meetings, one of its key offerings is Video, which allows users to share their content on any screen as presentations. The Prezi Video feature already integrates with Slack.

With Zoom it offers virtual meeting rooms for hosting these presentations.

According to Prezi, it is the only one of the curated Essential Apps that does so among around 2000 third-party apps on offer.

Zoom was the leading business app in the United States in 2021, according to Statista, generating 52 million downloads. Microsoft Teams ranked second with 23 million downloads in 2021. Access to a market of this size is a significant win for Prezi and will likely build Prezi’s enterprise traction.

Prezi Video is already available in the Zoom marketplace.

From steps to improve your meetings, to step to get rid of them, our next story comes from Canada-based Shopify.

Reported first by Bloomberg financial news site, the company announced the launch of a “calendar purge.” The purge will remove all recurring meetings between more than two people for “perpetuity."

According to Bloomberg, the purge will also see the company enforcing a ban on all meetings on a Wednesday. It also added that big meetings of more than 50 people would be given a strict six-hour window on Thursdays with an equally strict limit of one such meeting a week.

In an emailed statement to Bloomberg, Shopify CEO Tobi Lutke, who is also one of the company’s co-founders, pointed out that it is easier to add things to empty schedules than try and pull them from busy schedules.

"It is much easier to add things than to remove things," he said in the statement. "If you say yes to a thing, you actually say no to every other thing you could have done with that period of time. As people add things, the set of things that can be done becomes smaller. Then, you end up with more and more people just maintaining the status quo.”

So how widespread is the problem of meeting overload? Last year Dialpad analyzed over 12 million minutes of anonymized Dialpad Meetings data. It also surveyed over 2800 U.S. employees about their experience with different video conferencing tools. The findings, which were published in State of Video Conferencing in 2022 report, showed that:

Other research published by Statista indicates that organizations are increasingly turning to flexible offices to keep up with the needs of workers as hybrid work models become more common.

Citing research contained in a 2022 survey conducted across 13 countries worldwide, it found internal meeting rooms were the most in-demand flexible office feature with demand for collaboration spaces not far behind. Workers are clearly looking to delineate areas for different kinds of work, including so–called “deep work” that requires high levels of concentration.

There is more too. According to research from Vijay Pereira, professor at France’s NEOMA business school, introducing meeting-free days in organizations leads to less stress and more autonomy and cooperation.

Pereira's research, published in MIT Sloan Review, found the introduction of even one no-meeting day per week can lead to a rise in productivity, better engagement and lower stress. Autonomy, communication, engagement and satisfaction also improved, resulting in decreased micromanagement.

The topic of meetings has been the subject of debate for quite some time and is a topic we'll be looking into again next week.

Back to Shopify: The company is also cutting down on the use of Slack too, saying it should just be used for direct messaging other employees and that only big announcements would be done in the large groups on the platform.

None of this is to say that meetings are a thing of the past at Shopify. The company will give it a trial run and will allow workers to start reintroducing meetings to their calendars after two weeks.

As our final meeting news this week, San Francisco-based software development company Recall.ai announced it has raised $2.7 million in seed funding. Participants in the round include Y Combinator, Cathexis Ventures and Pioneer Fund among others, as well as a number of single investors.

Recall.ai offers a unified API for meeting bots on platforms like Zoom, Google Meet, Microsoft Teams and more. Recall takes raw data from meetings, including audio and video meetings, and offers deeper insights into who took part in the meeting and what they contributed to the meeting.

The company is currently in private beta, with its API in use at around 50 companies.