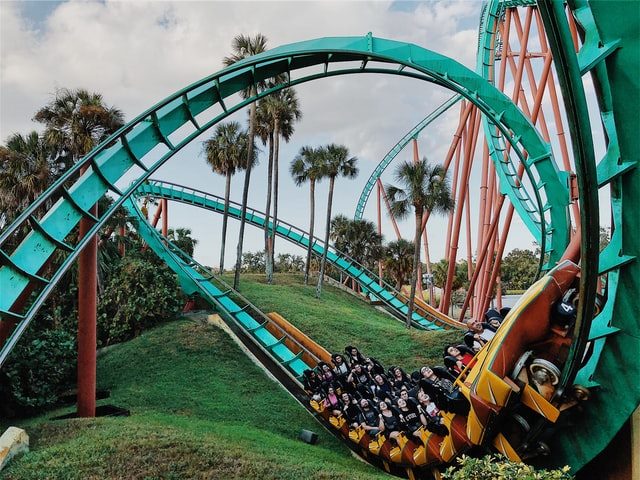 Employee engagement has never been higher. Hang on a second — it’s dropped to a historic low. Wait, it’s higher than ever again.

Observers can be excused if they feel a little queasy watching the ups and downs since COVID-19 hit the workplace.

But despite the volatility, the ways to boost engagement, defined as the percentage of workers highly involved and committed to their work, remain largely the same: Communicate clearly, ask what you can do to help and make sure workers have the tools and resources to get the job done.

Just do it faster.

How the Pandemic Changed Engagement

The percentage of engaged employees spiked to a high of 36% in early May, according to data from pollster Gallup. That’s a reflection of the strong early response from many employers to the onset of COVID-19, said Jim Harter, Gallup chief scientist of workplace management and well-being.

“During the first part of this pandemic when we saw an increase in engagement that was related more to people getting materials and equipment,” he said. “Organizations did a pretty good job of preparing people to do their work in a different environment.”

That started to fade by early summer and subsequent Gallup data from June showed a historic drop in engagement that appeared to correlate to widespread social unrest and protests against racial injustice. But since then, engagement bounced back to a new high of 41%.

Typically, external factors have little effect on engagement, Harter said. In fact, it’s usually the opposite — economic and social disruption more often leads to higher engagement as employees band together and leaders refocus on the workforce in the face of shared challenges.

This summer’s societal unrest seemed to be an exception. The only similar drop in Gallup's data happened following the 2016 election of Donald Trump, particularly among workers who identified as Democrats. When externally driven drops do occur, they tend to be short-lived.

“What happens inside organizations matters a lot more,” Harter said. “It doesn't mean that organizational leaders shouldn't pay attention to the external. Of course they should, but how they translate those to their employees in the context of their work is what's really essential here.”

Theresa Welbourne, professor of management at the University of Alabama and president of eePulse, a human capital consulting firm, saw a similar upward bounce. Since 2004, she has run a survey project called Leadership Pulse that asks business leaders to gauge their reported energy levels every month.

In the early days of the pandemic, those levels went down as people lost steam amidst the chaos following the widespread shift to remote work, Welbourne said. But confidence in leadership and the ability to change actually went up.

“There's a lot of uncertainty,” she said. “They're just not getting from a political point of view the kind of leadership they're asking for [but] they really seem like they have a lot of faith in what their companies are doing and their company leaders.”

That’s no accident. Many employers re-focused their engagement efforts in response to rapidly evolving business conditions. At Vi, a 2,700-person company that operates high-end senior living communities in 10 states, that was especially important because many employees are frontline workers providing services to seniors.

Rather than conduct a traditional annual engagement survey last spring, Vi instead deployed pulse surveys to more frequently gauge employee well-being. The novelty and unpredictability of the situation called for a shift in approach, said Judy Whitcomb, Vi senior vice president of human resources and learning and organizational development.

“Knowing there isn't any near-term relief in sight, coupled with the social unrest that's going on and knowing the stress that puts on individuals personally and professionally, it was important just to see how employees were feeling and then take that feedback and potentially develop different types of solutions,” she said.

Gallup began tracking employee engagement data in 2000, surveying a random sample of the working population and reporting the results on an annual basis. In that span, they’ve observed an increase from 26% in 2000 to the low 30s in the last decade, a result Harter attributed to the emphasis leaders and frontline managers have placed on engagement.

An effective employee engagement strategy clearly defines what engagement is and identifies the specific associated behaviors.

One area that can be measured is workers’ ability to connect with one another. Welbourne’s self-reported energy data indicates many moved beyond their initial confusion and settled into new habits.

“People are learning how to use Zoom or Microsoft Teams or whatever technology,” she said. “They are feeling a little less lonely and [more] connected, maybe because everybody's not afraid they’ll run out of toilet paper even though things are still unsettled.”

Despite the rollercoaster this year, Harter expects engagement to continue its gradual rise, barring any major societal factors that could lead to short-term volatility. The November US presidential election looms large.

But whatever the external conditions, organizations can still do a lot even in tough times to raise engagement. Front-line managers often hold the key.

The Critical Role of Managers

Big societal and economic factors like the pandemic or a recession may have limited lasting effect on engagement, but smaller external factors do. What’s happening in an individual worker’s personal life spills over into their engagement at work, especially now with many office workers at home for the foreseeable future.

“That's why the manager is so critical to all this because they're the only ones in a position to understand each person they manage and their life, and to adjust expectations and to take care of everything that leads to high levels of engagement,” Harter said, noting that managers account for about 70% of the variance in engagement across teams.

Simple things go a long way to boosting engagement and employee well-being. “We can roll out all sorts of rewards and programs but sometimes it's a matter of saying, ‘Thank you. What can I do? How are you doing?’” Whitcomb said.

“That doesn't require a lot of training. It requires being disciplined, thoughtful, mindful and paying attention to your team. And that's whether you're working as a frontline employee in health care or whether someone's working from home right now.”

And don’t forget that managers are people, too. It’s important they don’t neglect their own well-being during stressful times. There’s power in paying attention to the ebbs and flows of feelings and energy, Welbourne said. “Proactively on a weekly basis look at what's making you feel better and try to have more of that time,” she said. “And the things are dragging you down, have less of that time.”

Related Article: Checking In With Your Employees Without Adding Stress

Put Workers in Charge of Engagement

In fact, now is the time to flip the engagement model on its head and put the individual at the center of their own engagement, Welbourne said. Focus less on measuring and managing engagement scores and more on helping employees be engaged on their own terms and in the right kinds of activities.

“Nobody's watching them at home and telling them what to do and we're amazed that they can get work done,” she said. “They probably could do it the whole time.”

The flipped model has a dual benefit. Employees see their data and can work with peers to come up with solutions. And managers feel less of a burden.

“It's not that putting the manager in charge doesn't work,” Welbourne said. “But what I will say is managers hate survey data. They know it as a score that evaluates them. They don't see it as something that's really driving positive change. They see it as something they have to do to get credit for something.”

Just because we’re living through unusual times doesn’t mean we need unusual tactics. When it comes to engagement, it’s back to basics. Harter recommended thinking through some fundamental questions:

Managers may have to reformulate jobs during this time, Harter said, so helping people see how they fit into the future of the organization can go a long way. If there’s one area that needs additional emphasis now, it’s communication.

“The one area that I haven't seen increased as well as it probably should is supervisors keeping people informed about what's going on,” Harter said. “There needs to be more continuous feedback and communication from the supervisor standpoint.”

At Vi, Whitcomb and her executive team have stepped up the frequency and speed of communications over the last few months. In the past, the company scheduled regular employee newsletters and conducted ongoing sessions with leaders across the organization. They’ve since added a bi-weekly all company leadership call with Vi President Randy Richardson, as well as consultation calls two times a day with leaders in the field.

“Those are good forums to highlight best practices, to talk about issues and concerns, to recognize staff [and] to understand what's going on,” she said. “And that creates a better connection between the corporate office and our field locations.”

The company has also brought in expert speakers to address anxiety and well-being, increased the number of short video messages they produce, and upped the frequency of electronic newsletter delivery. Sharing the stories of what employees are doing to care for residents reinforces best practices and serves as a tool to recognize employees, Whitcomb said.

The net result has been positive. Vi expected employee retention would take a hit this year but attrition through the first six months of 2020 is 8%, among the best rates in the senior living industry.

“When you have individuals that are proud of what they do, they care about the mission, they feel connected to an organization — that level of commitment, innovation, desire to satisfy residents and support one another is going to be high,” she said. “I just didn't expect it to be as strong as it was.” 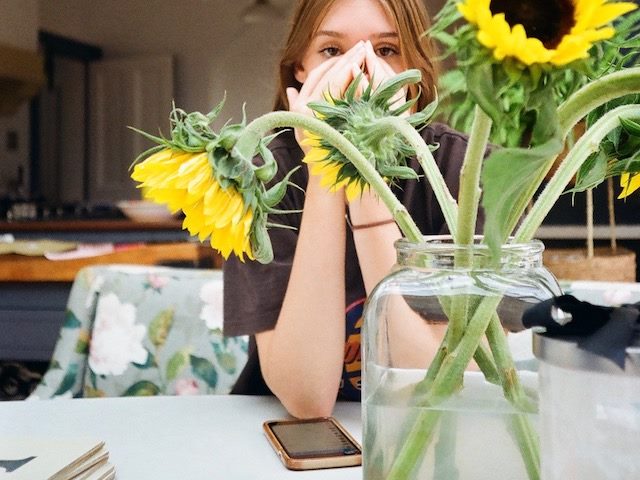 Your Digital Workplace Can Be a Cause – and Antidote – to Burnout 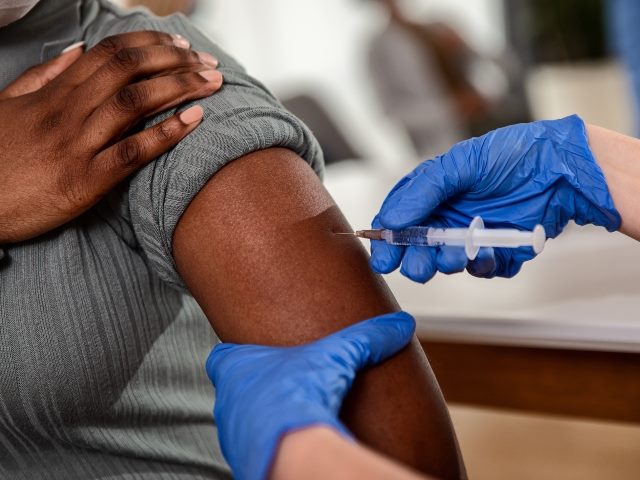 The Vaccine Mandate Arrives Soon. Are You Ready? 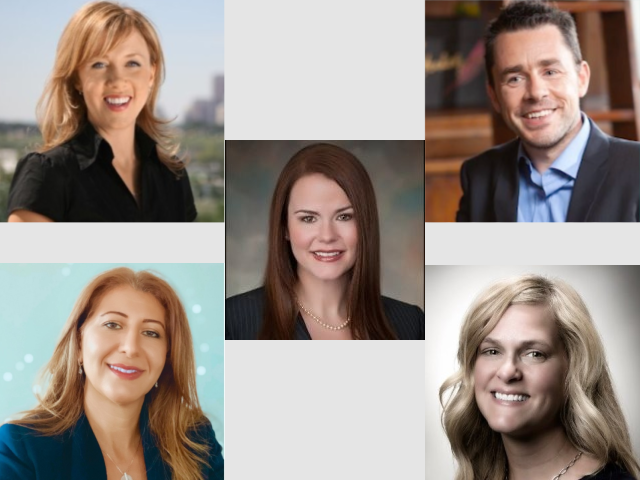 Meet the 2021 Employee Experience Leaders of the Year