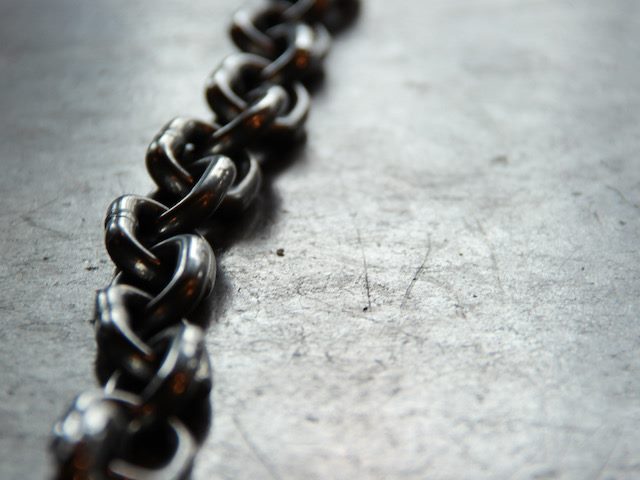 In a time of rapid innovation, customers are always wondering what the next big thing is. They're weighing how seriously they should take hype around new technologies. Personally, I have been wondering whether my next car should be an electric model. When U.S. automaker Ford announced over $10 billion investment in electric vehicle production, I’m listening — it tells me the technology is understood, stable and ready for mainstream production.

Blockchain has captured the imagination of enterprise strategists as a revolution in business operations — a new way to assure the secure and transparent movement of transactions and records. Will blockchain replace content management systems? Should it be in our technology roadmap?

When we deepen our understanding of what it can realistically do and what it will take to incorporate it into our business content landscape, then we can make informed decisions about this opportunity.

A Quick Explanation of Blockchain

Blockchain isn't well understood. It started out as the technology that supports the cryptocurrency, bitcoin. Unlike a bank that centralizes control of funds and transactions, blockchain is a distributed system of private computers across the world ("nodes"), where every step in the transaction journey gets a tag that is traceable and encrypted. Each node has a copy of the "ledger" file, a digital history of each transaction. It’s the same old ledger you find in any accountant’s office except it’s a bunch of them in the blockchain database. No one person or system controls them and — in theory — they’re tamper-proof.

The block is like a page in the ledger, building on the block before it, so forming a chain. Each block contains data describing transactions. You decide what data goes in when you make the blockchain. It can gather a number of records together into the block and then you can add a new block, containing another collection of "receipts." As changes are made, new blocks are added. Each block contains:

If you were to interfere with a block, then the hash would change, making all the following blocks invalid. To be added to the chain, the block has to be able to answer a complex mathematical problem.

All the nodes communicate with each other and when transactions or changes happen, they all get the message. Since no one system or holder controls the ledger, the multiple copies of the ledger act as reference points for any incoming changes — if the transaction doesn’t match the blockchain signatures of the others, i.e., it’s not validated by the other nodes, then it’s rejected.

Together, hashes and the distributed peer-to-peer (P2P) network ensure that users can trust each block.

Related Article: Blockchain Will Stall Until It Finds Its Killer App

If blockchain can track financial transactions, it can also track the flow of other important assets, like contracts and medical records. At the DLM forum in 2017, the Republic of Estonia’s National Archives Deputy Director said it was time for archivists to “get acquainted with this technology and assess its potential for solving the problem of ensuring the long-term preservation of electronic materials,” after they had already accumulated experience in the use of blockchain for e-health and wills. They consider blockchain an additional layer of security over electronic signatures and traditional hashes.

We don’t yet store our content in blockchain. We can use blockchain technology to solve some of the problems of content management — to authenticate records and provide an audit trail of authorized interactions.

There still needs to be research on the ability of blockchain to provide a long-term solution for document control, e.g., archive of important documents for more than 10 years. So far there are some successful uses for short-term management.

While blockchain does not replace your content management solution, it can work alongside it to build trust into the sharing of important information or alongside any system that needs to track valuable assets. And as a tool for authenticating activities or information, blockchain is being studied for its potential to validate and build trust in online news and prevent hackers or propagandists from twisting it into dangerous misinformation.

Related Article: How Emerging Tech Vendors Are Taking on Blockchain

Content managers and creators request a transaction using the blockchain application. The transaction could be cryptocurrency, records or other assets of value. (The record is not uploaded into the blockchain.)

The block contains information about the transaction, e.g., sender, receiver, what record is being reviewed and other metadata for context and tracking.

The transaction is broadcast to the peer-to-peer network made up of distributed nodes. The nodes validate the transaction using algorithms.

Once the transaction is complete, the new block is added to the blockchain.

While the majority of blockchain activity happens in financial services, other industries are exploring its potential to help them optimize their operations and manage assets more securely. For example, the United Nations is exploring the use of blockchain to ensure security and transparency of their humanitarian aid programs. Governments can apply the concept to voting.

Content managers are accustomed to adding processes into the content flow to authenticate critical business documents, such as digital signature. Blockchain is an additional layer of assurance on top of this flow. It is also a revolution in how we tell the story of our assets.

Andrea Malick is a Research Director in the Data and Analytics practice at Info-Tech, focused on building best practices knowledge in the Enterprise Information Management domain, with corporate and consulting leadership in content management (ECM) and governance.

Andrea has been launching and leading information management and governance practices for 15 years, in multinational organizations and medium sized businesses.