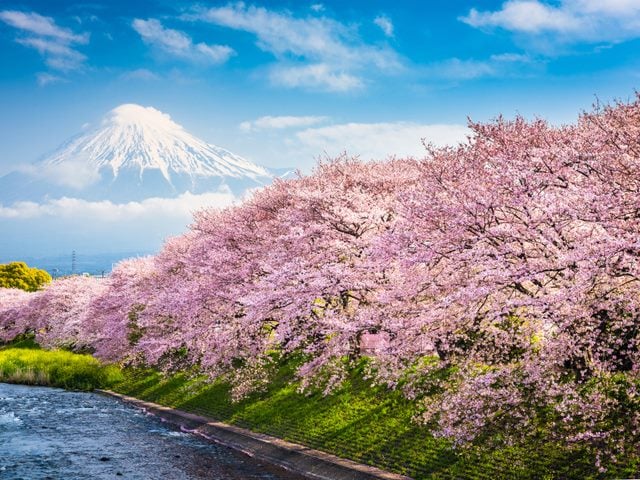 It’s not quite a brand new role. Capital One had a chief data officer in 2002. But it’s one that’s seen great pivots and heightened importance in organizations in recent years, according to Jitesh Ghai, senior vice president and general manager of data management for Redwood City, Calif.-based Informatica, a cloud data management provider.

One of the biggest pivots? Going from defense (compliance, security) to offense (innovation). A report by NewVantage Partners earlier this year confirms the CDO role originated between 2009 to 2012, notably in banks due to regulatory reporting demands. But now, more than half of firms (55%) report that the CDO/CDAO has shifted to a more offensive and innovative function. Over the last several years, the strategic importance and relevance of data within an enterprise is more important than ever before, said Ghai.

“You have periodicals like The Economist with a front page cover of data is the new oil, referencing data as an innovation platform to help organizations not just ensure regulatory compliance, not just ensure operational efficiencies, but also build out new products and services and also engage with customers more effectively," he said. "And as a result, the remit of the chief data officer has expanded. The role of the chief data officer is very much a business function. What we see as a best practice is that data is associated with the top priorities within a business.”

What Is a Chief Data Officer?

Organizations likely have different imperatives for their data leaders. Are chief data officers responsible for employee, business-infrastructure or customer data? Ghai said it depends on the business priorities, adding the chief data officer is pulled in “many different directions,” something that an Informatica-IDC study last month confirmed.

Aaron Kalb, chief data officer at data catalog and governance provider Alation of Redwood City, Calif., said the charter of his CDO office is to refine raw data into value-added information assets — views, dashboards and machine learning models — in addition to providing measurement and insights to colleagues so they can optimize daily decisions and strategic choices. He also has a mandate to empower teams both with education and self-service resources so they can interpret and analyze data effectively and autonomously.

As chief data officer, Kalb said his job is to instill and enable a data culture. There are also opportunities to network and build relationships with CDOs across his company’s customer base.

“We are a data company,” he said, “and we’ve created a data culture by practicing what we preach. We use data as optimally as possible and encourage our teams to implement data-driven, evidence-based, decision-making processes across everything they do.”

According to the Informatica-IDC study, 80% of CDOs' top KPIs are tied to business goals such as operational efficiency, customer satisfaction and success, data privacy and protection, innovation and revenue and productivity and capacity.

That seems like a practical outcome: tying a data leader’s role into a business objective. But is it a smooth road for many CDOs? Other reports say no.

The chief data officer role remains in early maturity for most firms, according to the January report by NewVantage Partners, a Boston-based data and business consultancy. About 72% of firms report the CDO function remains an “unsettled role.” And, only 28% describe the role as being successful and established while nearly half (49%) describe the role as being nascent and evolving.

CDOs remain the primary owner of data responsibility in organizations at 40.2% in the NewVantage Partners research, but that’s a drop of about 8%. CIOs own 11%, while 26.8% have no single point of accountability and 12% are led by “another executive.”

CDOs are also faced with these industry forces challenging the role:

Still, some see the role of chief data officer as crucial for organizations. CDOs are “critical as one of the cornerstones of digital transformation," said Stewart Bond, director of data integration and intelligence software research at Framingham, Mass.-based market intelligence research firm IDC, in a press release on his firm’s CDO research last month. "While 70% of organizations have articulated the need to be more data-driven, most still aren't getting the full value out of their data. Our research uncovered that this is due, in part, to misalignment between challenges and priorities created by the CDO's evolving, broader responsibilities."

CDOs are important because they serve as a liaison between lines of business and IT, according to Informatica’s Ghai. The CDO office is a “translation layer,” he said, presenting business requirements to IT as data requirements and presenting what is practically achievable from a technological standpoint and in what timeframes to business leaders.

“That's really the function that the chief data officer plays,” Ghai said. “That can also mean that they are serving in an advisory role to the business and to IT. They're not necessarily doing the work themselves but they're working in partnership with the line of business, as well as with IT.”

Some CDOs approach their roles more comprehensively. They have analytics teams. They have data teams. They rely on IT to stand up the necessary capabilities, but they build out the data pipes, data platforms, data lakes and data warehouses and generate the necessary reports and analytics services for the business.

“But what we are seeing above and beyond everything else is they serve in an advisory and in a data enablement capacity,” Ghai said.

CDOs are also taking on greater responsibility for protecting and strengthening data privacy programs while working closely with the chief privacy officer. Sensitive data needs to be governed, managed and protected, and there has been a “broader awakening across regulatory bodies globally around the importance of individual data," according to Ghai.

The chief privacy officer is partnering very closely with the chief data officer to get privacy policies not just documented but implemented. “It's not aspirational,” Ghai said. “It's actually translated into controls and tracked. So privacy with GDPR in the EU and with CCPA in California along with many other national, state-level privacy regulations ... that is a big driver that we're seeing expanding across industries. Privacy is a growing mandate for the chief data officer.”

The "who" in terms of where the CDO fits in an organization is critical, too. Informatica and IDC found 59% of CDOs report to a business leader. The most common reporting structure is directly to the CEO.

This is true for Kalb, CDO of Alation. He reports to the CEO and serves on executive management and strategy council teams.

Sri Mishra, chief data and technology officer at JDRF, a New York City-based diabetes research firm, said in an Informatica/IDC press release that reporting to the CEO is critical to his success. "It's also imperative that I map our data and analytics strategy to organizational processes and goals, in order to demonstrate the link to mission outcomes," he said.

Historically, CDOs suffered from a lack of executive sponsorship, but that has changed, according to Ghai. Organizations depend on maturity around data and are no longer providing lip service around its efforts to get there. As a result, the chief data officer reports into the line of business that organizations see as critical, whether it’s the chief marketing officer, the chief revenue officer or the CEO.

“It’s giving the chief data officer the mandate and the platform and authority to support and enable a top 5 initiative within an enterprise,” Ghai said. “That is very much aligned with what we see, and that's increasingly more CDOs reporting into a member of the board or the CEO or somebody on the CEO's staff. It varies based on where the organization is with their data journey and their digital transformation maturity."

But do they have the full resources to execute? Informatica/IDC found 71% of CDOs have four or fewer data stewards, despite broad responsibility and diverse collaboration requirements.

“They are not necessarily always sufficiently funded,” Ghai admitted. “Yes, they have small teams and need focus because they're pulled in many directions. It goes back to one of our best practices that we recommend, which is they need to align to the top priorities of the organization and they need to be funded appropriately.”

Alation’s Kalb did report that data scientists, data analysts, data architects and data engineers report into his own organization, and he also heads up the cross-functional group that manages an internal data catalog where Alation employees find relevant data for their jobs. The IT organization also reports into him.

Kalb’s biggest challenge is prioritizing the right projects and then just finding enough time for himself and his team to drive results. He said his company has employees that believe in the power of data but he hears from other CDOs who are quite early in their data journey. Their focus tends to be on instrumentation and digitization just to get the data in an analyzable form.

Many of the CDOs Kalb works with across his company's customer base are at enterprises that don’t make data software. Rather, they're in manufacturing, consumer products or finance.

“Those firms attract folks who believe in the power of motors or of capital or of a nutritional breakfast, who may need to be convinced to even consider bringing data into their workflows," he said.

"For some such CDOs, their greatest challenge is just getting people to think differently — to ask ‘data questions’ instead of just defaulting to tradition or deferring to the most senior person on the team. Others face active opposition even when they’ve gift-wrapped relevant insights for their peers. They need to overcome data skepticism and win hearts and minds.” 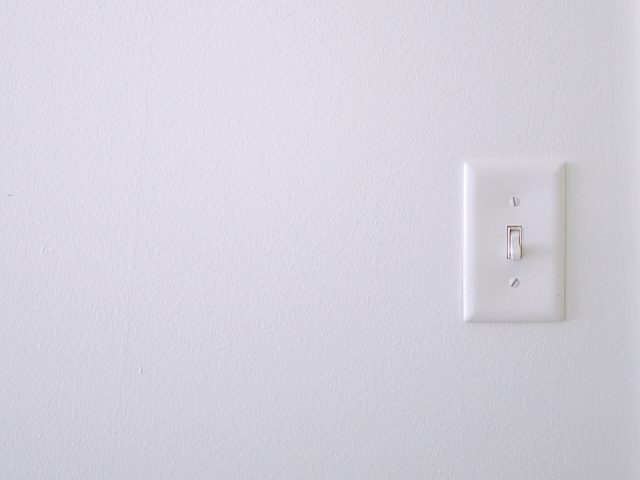 How Remote Work Leaders Should Respond to a Service Outage 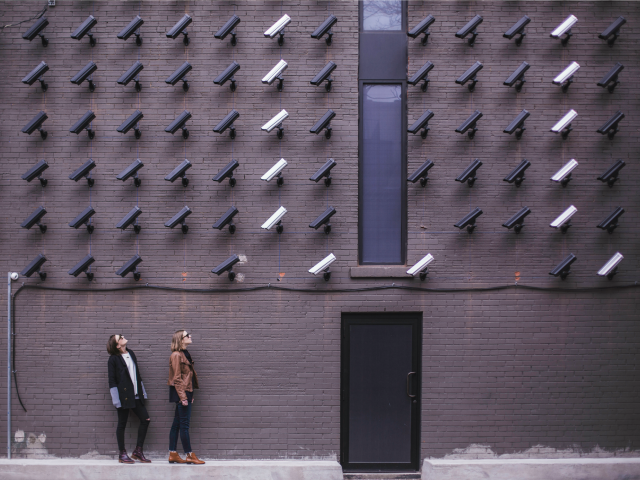 Enterprise Data Security Still Has a Long Way to Go 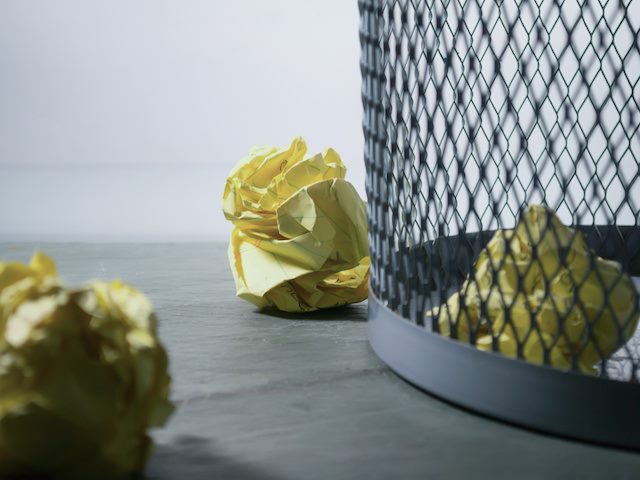 AI Is Changing How We Handle Documents