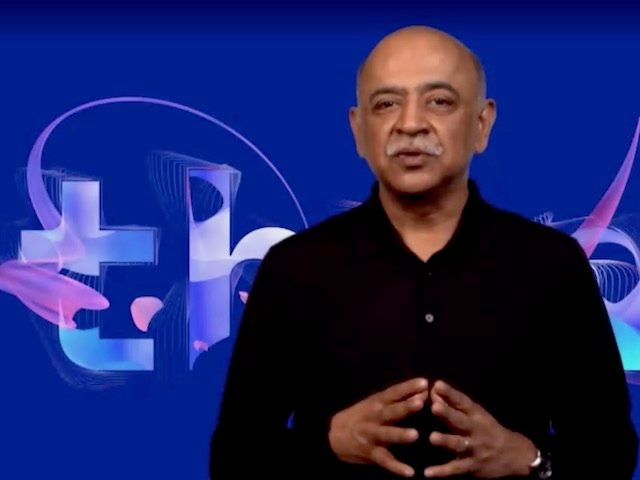 IBM hosted its annual Think conference last week, providing the first real glimpse of Arvind Krishna at the helm of a new era of transformation for Big Blue.

The virtual event saw important announcements in hybrid cloud, edge computing and artificial intelligence (AI). IBM's strengths in open-source software and in hybrid, multi-cloud and mission-critical operations were dominant themes throughout, revealing bolder positioning from IBM. The event also marked the first time the flagship event showcased the streamlined IBM line-up of offerings, following the sale of its Watson marketing and commerce capabilities in April 2019.

Let's dig a little deeper into the leading moves, IBM’s strategy, which is getting a boost under new leadership, and what it all means for the market moving forward.

The 4 Hybrid IT Imperatives

In his first keynote presentation since taking over as IBM CEO in January 2020, Arvind Krishna kicked off Think 2020 by sharing how the company is positioned to help customers not only respond to the COVID-19 crisis but thrive beyond it. He said the crisis will accelerate digital transformation for most industries, providing IBM with an opportunity to achieve its goal of becoming the most trusted technology partner of the 21st century.

Hybrid cloud and AI are the two dominant forces underpinning this transformation, according to Krishna and he outlined four imperatives driving adoption of hybrid operations: history, choice, physics and law. History refers to the need to exploit established infrastructure; choice, the customer's desire for flexibility and to avoid being locked into a single supplier for technology innovation; physics refers to the limitations imposed by latency and the need for computing resources to be close to data; law indicates regulatory constraints.

Reflecting these imperatives, Rajeev Ronanki, chief digital officer at health insurer Anthem, highlighted the role that IBM, and most notably Red Hat's OpenShift containerization software managed by Kubernetes, has played during its digital transformation and in particular, during the COVID-19 crisis.

Related Article: How Will the $34B IBM Acquisition Affect Red Hat Users?

OpenShift has become core to IBM's "run on anything, anywhere" narrative, which was a major theme over the two days. Its importance highlights the elevated role that Red Hat now plays in driving IBM's strategy.

IBM president and former Red Hat CEO Jim Whitehurst argued in his keynote that customers now need a common architecture like OpenShift that can run on all IT environments — spanning data centers, the public cloud and the network edge — and remove friction in application development and IT operations in process.

The approach is similar to ones being taken by Google Cloud with its Anthos platform and companies like Cloudera, which use a similar foundation of containers and Kubernetes to support better management and portability of workloads across a complex IT environment. In my view, IBM has gone a step further, having enabled many of its products to run on OpenShift and created a portfolio of Cloud Paks that offer open, fast and secure ways to build business applications in hybrid IT environments.

Unsurprisingly, several of IBM's main announcements anchored on this area. It announced the tech preview of IBM Cloud Satellite, a catalogue of cloud offerings based on Red Hat Enterprise Linux that gives customers the flexibility to run distributed workloads on IBM Cloud, on-premises or edge platforms using a single console and common identity service. It also launched the Red Hat Marketplace in tech preview, which allows organizations to buy and deploy third-party software built on OpenShift that is certified and curated by IBM.

IBM also launched a new program for independent software vendors for its financial services public cloud. In 2019, IBM launched the industry's first financial services public cloud offering, developed in collaboration with Bank of America and drawing on its expertise in advisory services in the sector and in regulatory compliance. The program extends the cloud service to independent software vendors, which can now take advantage of IBM's ability to protect and ensure compliance for clients' sensitive workloads.

IBM Pushes to the Edge: 'A New Era in Computing'

Another important aspect of IBM's hybrid cloud strategy is it now extends through telecom operators to the network edge. A highlight set of announcements focussed on the areas of operator network transformation and 5G edge computing, which IBM is labelling as the "new era of computing outside the data center and public cloud."

It unveiled Telco Network Cloud Manager, which works on OpenShift and OpenStack and automates containerized and virtualized network functions in 5G networks. IBM also released Edge Application Manager, an autonomous management service that supports the deployment of workloads for AI, analytics and the internet of things. It uses the IBM-developed Open Horizon open-source project to allow a single administrator to manage up to 10,000 edge nodes simultaneously.

We at CCS Insight have long predicted the convergence of cloud, the network edge and 5G. Our prediction is now happening in real time, fueled by the roll-out of 5G networks across the globe and increasing demand for low-latency, high-performance cloud applications. Together, IBM's moves stake its claim in an emerging market that is seeing large-scale competition, particularly from the cloud providers. IBM is hoping its relationships with telecoms operators and its Red Hat and services assets will better position it to support telecom operators in this shift than the hyperscale cloud providers (see Hyperscalers Accelerate the 5G Edge).

Related Article: What Ignite  2018 Signaled for Microsoft and the Future of the Cloud Wars

Finally, AI was another key theme and this year IBM doubled-down on automation as a focus. At Think 2019, it made a big splash with Watson Anywhere, which made the AI system portable across hybrid multicloud environments (see Watson Goes Anywhere at IBM Think 2019). Although the company did not provide an update to this service, Rob Thomas, senior vice president of IBM Cloud and Data Platform, stated that IBM has more than 30,000 Watson engagements, which is up 50% since Think 2019.

The major move in AI was Watson AIOps, a tool to help automate IT tasks and keep networks running. It brings together unstructured data from IT logs and tickets and Watson's machine learning algorithms and natural language understanding to help detect, diagnose, fix and predict operational problems. The product was launched with several partners, including Box, Slack, Mattermost and ServiceNow.

The announcement is well timed. As the world shifts to home working, IT departments need better tools for remote support and to bring more automation to inefficient processes. According to our most recent survey of IT decision-makers, automation of IT processes was the leading cited use case of AI in enterprises. The area is a hot topic for several of IBM's competitors as well, as the cloud market focusses on technologies like process automation during the COVID-19 crisis.

Additionally, as we enter a potentially severe economic recession over the next 12 months, businesses will continue to be challenged to work smarter, reengineer processes and transform their operations to survive. In this respect, a new pragmatism is now characterizing approaches to AI, which IBM is rightly tapping into.

IBM was first to market in business AI and has a solid foundation of industry data sets to bring to bear to enterprise machine learning projects. These are strong assets against competitors in a hyper-competitive landscape. But focus now must shift to convincing the market that its big bet — its open, hybrid multicloud architecture based on OpenShift — is not only the right direction for cloud computing, but for enterprise AI as well.

IBM Shows Signs of Progress in the New COVID-19 World

In our view, Think 2020's virtual format was well-executed and gave greater clarity to IBM's storytelling, positioning and key messages. Big Blue's main challenge for years now has been finding the right avenues for growth, and this certainly been made more complex by the sudden disruption caused by the COVID-19 pandemic.

But signs are that the new leadership is steering a more practical and technical IBM now, and one that is more confident in its core strengths: Red Hat and open source, the flexibility of its hybrid, multicloud strategy and the role it plays in mission-critical operations. Being louder on these points will be music to the ears of many of its customers, especially in the current climate, where the need for remote operations and operational resiliency, reduced spending and avoiding supplier lock-in are key to survival.

We have long argued that IBM needs to be bolder in its positioning. And while it is too early to tell if the new leadership will deliver the growth that the company badly needs, Think 2020 above all showed us that IBM is listening and making progress.

This new attitude will stand it in good stead as it chases growth in a COVID-19 world.