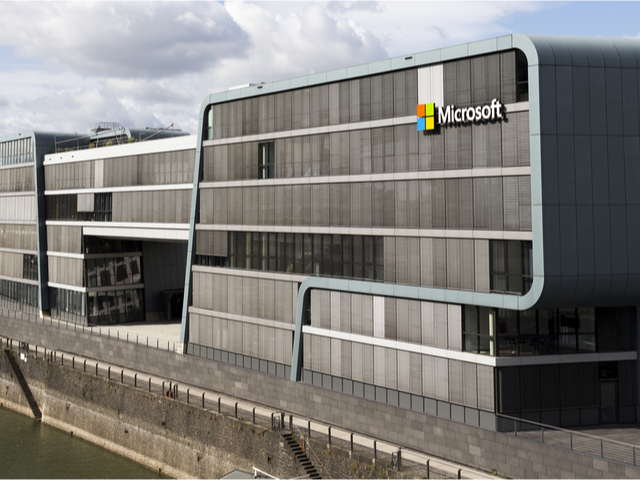 At the beginning of this summer, with no fanfare and little publicity, Redmond, Wash.-based Microsoft hauled its shipping container-sized underwater data center, consisting of 864 servers at a depth of 117 feet, from the seabed off the coast of the Orkney Islands to the northeast of Scotland.

The experiment, called Project Natick, aimed to find out whether it would be economical and better for the environment to place data centers under water. The first conclusions from the project are starting to trickle in and they appear to be positive.

The retrieval of the center represented the final phase of a years-long effort, which was itself Phase 2 of a wider project that started in 2015 off the west coast of America where the company sank a data center to the seabed for 105 days to find out if computing was possible underwater given the extreme environment.

The team hypothesized that a sealed container on the ocean floor could provide ways to improve the overall reliability of data centers. On land, corrosion from oxygen and humidity, temperature fluctuations and bumps and jostles from people who replace broken components are all variables that can contribute to equipment failure.

The Northern Isles experiment, according to the company, has confirmed its hypothesis, which could have major implications for data centers on land.

What is more, he added, the proven reliability of underwater data centers has prompted discussions with a Microsoft team in Azure that’s looking to serve customers who need to deploy and operate tactical and critical data centers anywhere in the world. “We are populating the globe with edge devices, large and small,” said William Chappell, vice president of mission systems for Azure said in a statement about the project. “To learn how to make data centers reliable enough not to need human touch is a dream of ours.”

Without really understanding the science behind data centers, it is easy to see the attraction. Apart from the fact that more than half the world’s population lives within 120 miles of the coast, the temperature of the water, which should keep the centers cool, makes for energy-efficient data centers that can use heat exchange plumbing in much the same way submarines do.

There is also the advantage of geography. As the location of data becomes increasingly important for regulators, locating data centers inside geographical boundaries’ around coasts will be easier than on land and will solve that problem. By placing them in the waters off big cities it will make information retrieval and use of the web and video streaming quicker. “We are now at the point of trying to harness what we have done as opposed to feeling the need to go and prove out some more,” Cutler said in a statement. “We have done what we need to do. Natick is a key building block for the company to use if it is appropriate.”*

Early conversations are already taking place about the potential future of Project Natick centered on how to scale up underwater data centers to power the full suite of Microsoft Azure cloud services, which may require linking together a dozen or more vessels the size of the Northern Isles. But it is a major step forward and could see more centers under the sea.

According to an Energy Innovation paper earlier this year on average, servers and cooling systems account for the greatest shares of direct electricity use in data centers at 43% of consumed power each, followed by storage drives and network devices.

Energy Innovation is a San Francisco-based nonpartisan energy and environmental policy firm. It delivers research and original analysis to policymakers to help them make informed choices on energy policy.

The substantial electricity use of data centers also gives rise to concerns over their carbon dioxide emissions. However, it is not yet possible to accurately estimate total CO2 emissions, due to a lack of data on the locations of the vast majority of global data centers and the emissions intensities, according to EI, but it is likely to be substantial. However, this is not the first time companies have tried to make data centers more energy efficient.

Randy Cozzens is EVP and head of energy, utilities, and chemicals at New York City-based Capgemini North America. He points out that resolving this is a key issue for enterprises given that they play an integral role in the evolving digital society, with an increasing consumer demand and appetite for an always on, no latency internet experience.

The increase in demand over the past 20 years naturally led to an increase in data centers and the added energy they use to operate. However, there have been active initiatives implemented to make data centers more energy efficient, he said. These include energy monitoring software, power-saving modes, server cooling systems, and virtualization. In addition, the rapid shift for many organizations to move their data to the cloud will potentially reduce the world's overall energy emission from data centers. “Cloud data centers are typically built to use less energy than standard data centers and are incentivized to reduce energy outputs by operating on solar or wind power,” he said.

“As IT continues to prioritize sustainable initiatives within its data centers, and as pivots to the cloud increase across industry sectors, the amount of energy being used by the world's data centers has the potential to decrease and become less of a threat to the environment.”

The problem is only going to get worse too, Akram TariqKhan of India-based ecommerce site YourLibaas, told us. With the demand for cloud computing increasing at an exponential pace, they are going to be disastrous for the environment. “As a heavy user of cloud servers, I can share how we end up buying excessive capacity only because the fierce competition has ended up the industry offering dirt-cheap prices,” he said.

“This leads to a spiral effect with unused capacity leading to an increased negative impact on the environment. Amazon's spot instances offer unused capacity at cheaper prices for temporary projects attempting to resolve this issue.”

Tina Nikolovska is founder of TeamStage points to four different ways that data centers can help environment, ways that are mentioned every time this subject comes up. Globally, they can be summarized as reducing carbon footprint as one of the critical reasons in favor of digital workplaces.

There are enormous amounts of money and gas spent on commuting — whether using public transportation or self-owned cars. With less commuting, less pollution gets released into the atmosphere. If we are speaking about the trend of digitalization of workspaces, we can significantly reduce vehicle-produced gas emissions.

The only logical trend to follow remote work is the no-paper policy. Keeping data in print is unnecessary and obsolete, with the expanding cloud storage market and improved cybersecurity. Again, the global effect of paper reduction can be huge for ecology.

General waste, including single-use items that offices abundantly waste, like coffee cups, water cups, paper towels, straws, etc., can be dramatically reduced by adopting the digital workspace. But it is more than general waste; it is the amounts of working clothes, shoes, make-up, and grooming products that are generously spent, with markets grossing billions of dollars on (often non-ethical) production. This is not to say that everyone will lock behind their door and reappear in a few years, looking like cavemen (and women).

Working from home makes another type of consumer, where less is spent on small, single-use items and pleasures, and more on long-term comfort items. Think about the millions of dollars spent on coffees and lunches, and how most people are now cooking their food and preparing home-made coffee. It seems that the trend is to invest in a better coffee machine (that lasts for years) and drink the coffee from a regular, washable cup, instead of a plastic one. Multiply that with millions of workers around the globe, and the result is significantly reduced waste.

So why does any of this matter? Boston-based Brightcove’s CEO, Jeff Ray, believes that this could be a tipping point issue for technology. “We are living through a pivotal moment in history where the world is undergoing a rapid digital transformation. 2020 has become video’s evolutionary moment and streaming over OTT devices is one area where we will continue to see growth," he said. "Consumers and businesses — many of whom are facing economic challenges due to the pandemic — are seeing the value of cutting the cable cord and subscribing to streaming services instead." That means data, and lots of it.

If video is increasingly important for companies as it is the main way to connect with their audiences right now, not having the capability to store the data it contains will hinder the development of digital workplaces. Not having high touch moments with clients means companies could be more creative and interact in new ways to build the future.

Even with the return of live sports and greater easing of restrictions in Q3, there is no going back to our previous consumption and working habits. This digital transformation will result in an evolution of how we do business and video will become an inherent part of workflows now and in the future.

"Forward thinking companies know the future of work involves a hybrid model," continued Ray. "Physical events will have to have a digital experience to reach attendees that are unable to attend in person. Hybrid events increase ROI and expand reach. It is no longer an either or, it is both. Companies have seen the vast opportunities ahead with virtual connection, there is no going back. If companies are not embracing video now, in the future they will have bigger problems than today. Don’t get left behind.” 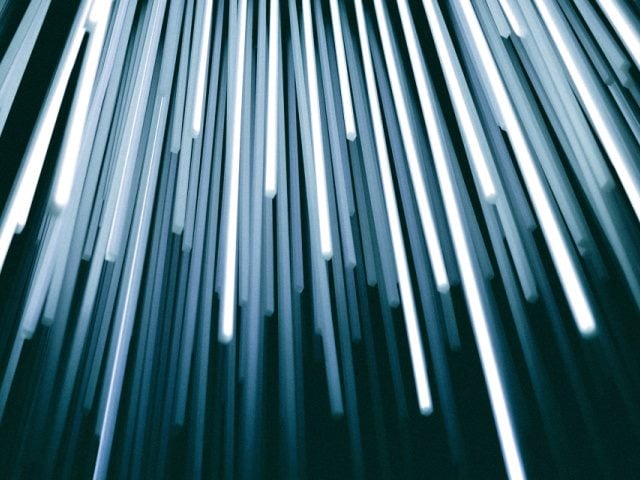 Take Your Cloud Strategy Into the Future 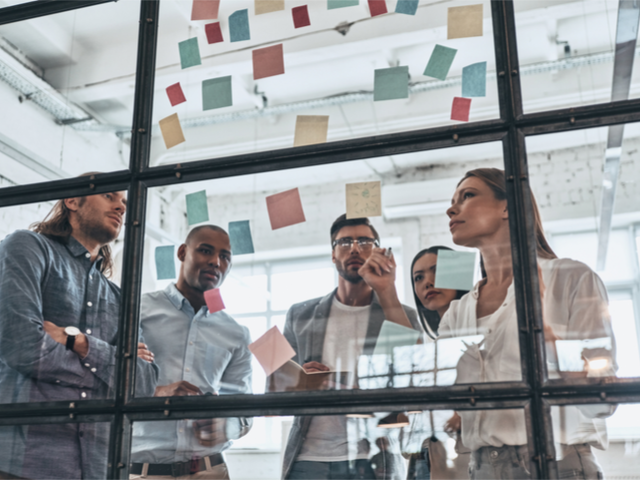 How the Shift To Remote Work Is Changing DevOps 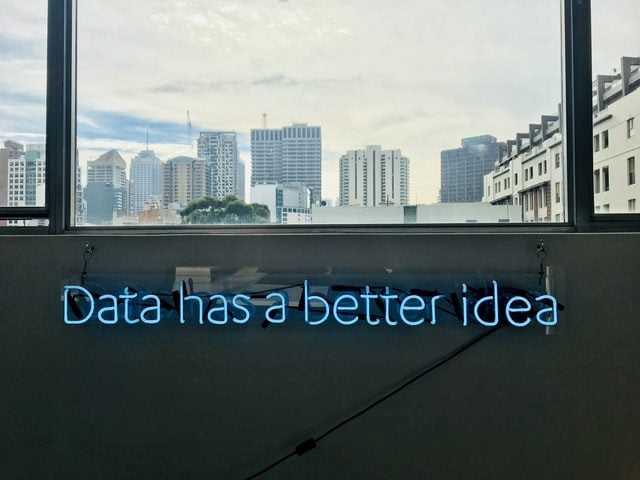 Join us February 11, 2021 for the first FREE Conference in our DWX21 Virtual Series. Register here.