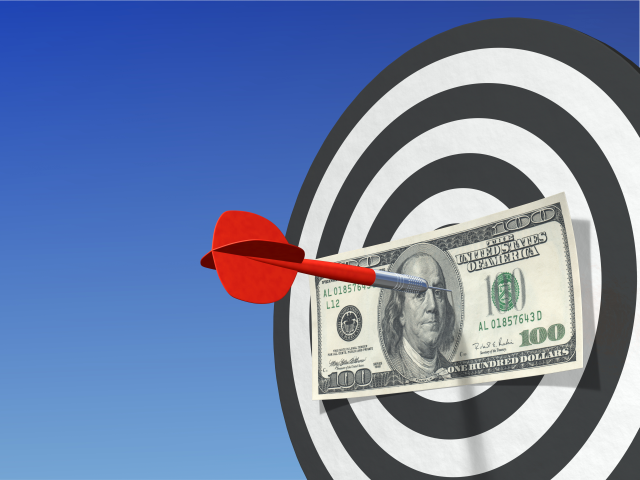 How Close Are IBM's Quantum Computing Predictions to Reality?

Earlier this week, Armonk, N.Y.-based IBM announced that LG Electronics has joined the IBM Quantum Network. According to Big Blue, the Quantum Network is designed to advance the industry applications of quantum computing.

Like all such partnerships, the technology flow will go in both directions. By joining the IBM Quantum Network, IBM will offer Seoul, South Korea-based LG Electronics access to IBM's quantum computing systems, as well as to IBM's quantum expertise and Qiskit, IBM's open-source quantum information software development kit.

For its part, LG Electronics aims to explore applications of quantum computing in industry to support big data, artificial intelligence, connected cars, digital transformation, IoT and robotics applications — all of which require processing a large amount of data. The upside is that it will expand its reach in the enterprise and grow its ability to underpin all these emerging technologies with its quantum computing capabilities.

IBM has been very open about their ambitions in the quantum computing space. In fact, IBM has gone so far as to declare, at its recent 2021 Quantum Summit, that 2023 will be the year when its systems deliver quantum advantage, as quantum computing takes its early place as a powerful tool in the high performance computing landscape.

For a technology that has appeared to be on the far horizon this is some claim. However, it may be that it is not as far away as some critics claim. Some companies have even recruited IBM talent to ensure they don’t get left behind. Bristol, Pa.-based SDI, for example, which develops MRO (maintenance, repair and operations) for digital supply chain solutions for manufacturing and facilities maintenance, announced this week the appointment of Neil Clover to the position of chief technology officer.

Clover joins SDI from his recent role as partner executive with IBM Research focused on artificial intelligence, quantum computing and IoT for IBM's signature clients. Before joining IBM, he served as chief technology officer for the Mathematica Policy Research. You get the idea. Quantum computing is leaving the realm of the theoretical and is now something that cutting edges companies are starting to look at.

Related Article: Building a Sustainable Future on the Backbone of Technology

Quantum Computing in Theory and Practice

Despite this, there is still a gap between theory and practice. IBM’s declarations about 2023 could well be premature, according to Waleed Kadous, head of engineering at Berkeley, Calif.-based Anyscale, which enables instant scaling of AI applications. He said there is a big gap between achieving quantum supremacy on a theoretical problem and using quantum computers practically for the problems they are best suited for like machine learning and optimization.

He pointed out that while there is a fertile research at the intersection of machine learning and quantum computing, there’s a big gap between that and putting it into practice. There’s a range of issues to be considered, including questions like what’s the right level of practical error correction, how do we efficiently get the problems into and out of the quantum computer and the complexity of the quantum programming model.

“My guess is it will be five years before it is supported in PyTorch, say, and 10 years before we have QPUs alongside GPUs and TPUs,” Kadous said.

Practical Applications In The Enterprise

Celia Merzbacher, QED-C executive director at Menlo Park, Calif.-based SRI International, believes that the practical application of quantum computing to enterprise problems is close. She points out that companies like IBM, Google, IonQ, Quantinuum and others are investing substantial resources and making progress along their roadmaps. QED-C is the Quantum Economic Development Consortium, a consortium of stakeholders that aims to enable and grow the U.S. quantum industry.

“Yes and no," Merzbacher said. "In general, quantum computing applications related to mass market workplace solutions are likely at least a decade off in the future. Nearer term quantum computing is expected to find utility in fields such as high performance computing.”

In this respect, she warns sectors that rely on intensive computing capabilities — such as finance, drug discovery, chemicals and materials development, and large-scale logistics — should develop in-house knowledge and expertise that will ensure they are not caught flat-footed when the performance of quantum computers is sufficient to provide the anticipated advantage.

There are problems according to Tim Callan, chief compliance officer at Roseland, N.J.-based Sectigo — a global cybersecurity provider of digital identity solutions. He argued that it is important to recognize the downside of quantum computing, including the fact that quantum computers will render the cryptographic schemes protecting nearly all of the world’s digital operations obsolete.

“This anticipated impact is so severe that it’s sometimes referred to as the quantum apocalypse,” he said. The quantum apocalypse will not occur on a single, discrete date. Rather, over time the difficulty and time required to break encrypted files and communications will continue to decrease, and the risk of using these pre-quantum algorithms will continue increasing.

“It is widely believed that in under 10 years our existing encryption algorithms will be entirely unusable, and for the very most sensitive cases, such as very high value industrial secrets or military and state secrets, these algorithms may already be unsafe,” he said.

For that reason, NIST is driving a joint effort involving academics, government and industry to arrive at a new set of cryptographic “primitives” that are secure against cracking by quantum computers.

Is It Still Early Days for Quantum Computing?

The advances in quantum computing hardware, such as IBM's 127-qubit chip Eagle, are exciting, but we’re still at an early stage (think room-sized mainframes from the 1950s). There are a few reasons to be skeptical that we'll see quantum computers make much of an impact any time soon, said Chris Willis, chief design officer at Domo, an American Fork, Utah-based business intelligence platform.

Their potential computing power comes from entangling many quantum bits (qubits) together, which requires isolating them at near absolute zero temperature and shielded from even the slightest disturbance. Engineering these rarefied environments to delicately manipulate and maintain just a few qubits is an engineering nightmare. And the computational power needed to achieve a significant quantum advantage would likely demand not a few hundred qubits — but millions.

"Until those and other obstacles are overcome, quantum computers will likely be too slow and error-prone to be used productively," Willis said. "I suspect that’s why analysts expect 'useful' machines to arrive in about 10 years — not one."

Even still, quantum computing has stirred a great deal of interest across the board over the past year and this is unlikely to change any time soon. Using data from analytics tool BuzzSumo, Walkme.com found that artificial intelligence takes the No. 1 spot, with an estimated 175,837 online articles written about the technology from January to November 2021 – the equivalent of 526 online articles per day. Quantum computing is the 5th most written-about subject on the web over the same period of time.

It is impossible to say for sure when quantum computing will become widespread in the enterprise, but it is clear it is on the way. While optimistic predictions pointing to next year as the year it really takes off, for most companies that are still working on their digital transformation strategies this kind of computing is still out of reach. Even still, with IBM’s background in cutting edge computing — think Watson — it is likely that while quantum may not hit widespread use by next year, at least some of its customers will be looking at it as an option.