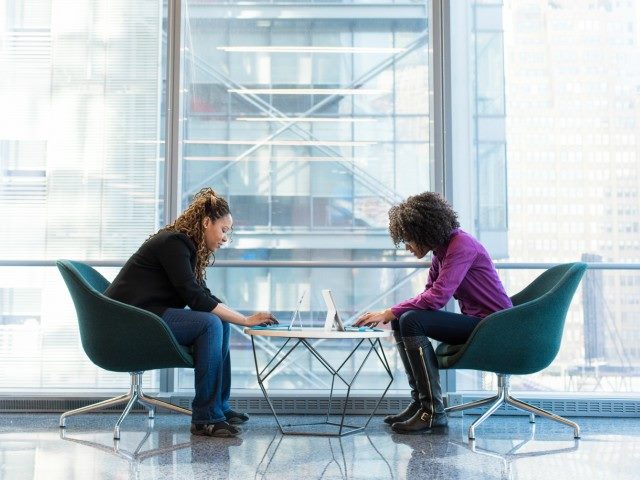 Can Your Organization Cross the Employee Belonging Threshold?

It’s the impulse of too many organizations to declare without signs of true employee inclusion and sense of belonging. Forrester analyst Katy Tynan, who covers workplace diversity, equity and inclusion (DEI), shared those thoughts with Reworked on the heels of Forrester research released last month on DEI challenges in the workplace.

It’s not that they’re not trying. About 63% of chief diversity officers (CDOs) were appointed in the last three years, according to material cited by Forrester. Organizations just don’t execute — and many have CDOs who feel unsupported.

“From tokenism to ‘thought diversity,’ many companies are still struggling with the basics of understanding and executing on inclusion and diversity initiatives,” Tynan wrote in a blog post last month. “Whether it’s fear of alienating a portion of their customer base by taking a stand on the issues of the day or a lack of clarity around how to operationalize inclusion, we’ve seen many organizations make things worse, not better, in their initial attempts.”

One of the first steps for organizations that truly want to embrace DEI is to understand what they’re going after. Here’s how Forrester defines the key elements:

Related Article: What's Under the Hood for Workplace Diversity and Inclusion Technology?

If employees are reporting a sense of belonging and report they feel like they're part of an organization in a personal way, that's a good indicator that you've been successful in your inclusion and equity practices, Tynan told Reworked. It shows, she said, you’ve been transparent and have taken accountability and responsibility in what turns the DEI wheel.

Belonging is crucial when you consider an August Harvard Business review report found employees who don’t feel a sense of belonging at work can fall into “identity threat,” defined as “any situation that makes salient that one is different from others.”

Michael Slepian, a Sanford C. Bernstein & Co. Associate Professor of Leadership and Ethics at Columbia Business School, wrote the article for HBR and cited the examples of a manager who talks to her low-wage employees about upcoming international travel plans, or the co-worker who expresses surprise that a Black colleague doesn’t conform to a stereotype.

“We use that word belonging very intentionally because… when you feel like you belong, you feel like you can be yourself and you can be the same self at work as you are at home, as you are in the grocery store, as you are in other places,” Tynan said. “And there are a lot of people for whom that has not been the case. They have come to work, but they have felt like they could not be themselves and they could not necessarily express themselves.”

So if inclusivity and equity leads to belonging, how do you get there? Listen, Tynan said. “Organizations that are continuing to work on these issues are doing a lot of listening,” Tynan said. “And it's listening to employees across the board to say, what are the challenges you're having? A lot of organizations were historically only doing engagement surveys, maybe once a year. And they were big, heavy engagement surveys. We've seen a lot of companies move towards more pulse surveys and more continuous engagement, feedback kind of metrics so that they can incorporate some of these metrics into those sentiment surveys that they're doing on a more regular basis.”

It's on leaders and managers to listen and break through long-standing “stick to business” operatives. Nancy J. Di Dia, chief diversity & inclusion officer for pharmaceutical company Boehringer Ingelheim USA Corporation, told Reworked in August it’s about having those “courageous conversations.”

“We want to encourage these courageous conversations,” she said, “and being able to have them has really opened up our doors wider.”

Organizations that embrace these challenges, the idea of transparency and the admission they may not fully understand the scope of their challenges are on the right path. “They tell employees we need you to understand that we're working on this, that it's a work in progress and that we're committed to it,” Tynan said. “But as we go through this, we're going to be transparent about what we're doing and what our goals are, and we encourage your feedback.”

One caveat here: you can't ask only your underrepresented employees to do the work.

Asking Black and Indigenous People of Color (BIPOC), women, and people across the spectrum of sexual orientation and gender to shoulder most of the work helping organizations get better at DEI isn’t a good strategy, Tynan reported. “The emotional labor involved with these efforts, coupled with a potential loss of time spent on career-related activities, can set back the very people that inclusion efforts are designed to support,” she report in her report.

Shelby Kretz, a Ph.D. student in Urban Education at UCLA and DEI workplace consultant, told Reworked most companies who realize they have a diversity issue jump right into trying to hire more diverse employees. “But,” she added, “the reality is that without an inclusive workplace, those new employees may be entering an unwelcoming or even hostile environment.”

According to Kretz, organizations that want to build an inclusive workplace where employees feel like they belong should:

Not every organization will be on board with DEI initiatives, whether they say it or not. If chief diversity officers felt an overwhelming amount of support, they wouldn’t be leaving their jobs so often.

"Overall, some employees are going to think it's all a waste of time,” Kretz said. “The reality is that there are usually a few who fundamentally disagree that inclusion in the workplace is an important issue to focus on. … If the company is struggling for revenue as many are these days, employees might think this is not a good use of time and resources right now. Leaders should be ready to answer questions about why this is important for the company now, and the benefits that they hope to gain from creating a more inclusive culture.” S&P 500 companies that invest in diversity initiatives have generated a higher operating profit margin (12%) than those that did not (8%), Forrester reported.

Employees may also push back on eliminating gendered language and use of gender pronouns.

“Many people argue that gendered language like ‘hey guys’ is simply cultural and everyone understands that it isn't meant to be personal or excluding anybody,” said Kretz, founder of Little Justice Leaders, which educates students about social justice issues. “This is a great opportunity to get into a meaningful discussion about the use and importance of language in the workplace. What kind of workplace do we want to promote? How important is our own comfort in word choices over the potential impact of our language on others?”