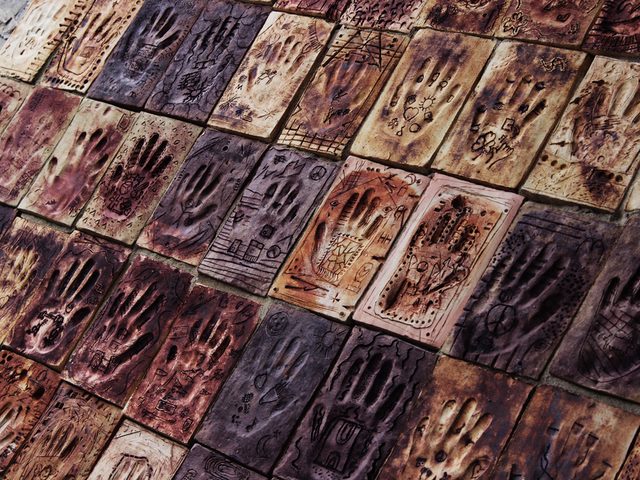 Getting to the Heart of the Chief Diversity Officer's Agenda

Building a diverse, equal and inclusive workplace culture clearly isn’t something you can get to in a two-week agile sprint. Nearly 90% of HR leaders told Gartner in research published last month their organizations are “ineffective or flat” at increasing diversity representation.

This great burden for organizations often falls on chief diversity officers (CDOs). They lead Diversity, Equity and Inclusion (DEI) in the workplace and strive to meet critical, yet extraordinarily challenging, objectives. How are some trying to get there? They’re talking about it. They’re listening more to their employees. And they’re committing to the reality that their programs are inherently built with no project deadline.

“Training doesn't change a culture. Behaviors change a culture,” said Nancy J. Di Dia, chief diversity & inclusion officer for pharmaceutical company Boehringer Ingelheim USA Corporation. “If someone would tell me your deliverable is to make this a more diverse company by January 1, I would say I'm not the right person for the job. Change, done in the right way, takes time, patience, care, concern, empathy and trust. People have to trust and believe in the leadership — that they really do get it.”

Gartner research also found 69% of HR leaders have prioritized advancing underrepresented talent especially amidst the COVID-19 pandemic. However, no two-hour training will fix this problem, according to Lauren Romansky, managing vice president in the Gartner HR practice. Organizations need to take a systematic approach and look for ways to grow its inclusion practices rather than trying to attempt to “fix the underrepresented talent,” Romansky said in an interview.

Workplace diversity consultant Josh Bersin noted last month that training increases awareness and sensitivity, but it does not change behavior. Di Dia, who is on the ground level trying to make this happen in her organization, said it simply takes time. It’s a marathon, and the desire to rush to immediate solutions won’t bring upon “transformative change.”

“And the key is to be patient, knowing that you may not always get through, but being persistent,” she said. “Identify what's going to have the most impact. ... The key here is to not look at this work like smashing an anthill open, but looking at this work with care concern, empathy and passion and listening to your employees and your customers to determine what the best direction for the company to head in.”

These efforts are not new for long-time diversity and inclusion workplace leaders like Di Dia, who's been at her current company since 2006. However, it’s anything but business as usual in this arena on a world stage.

The murder of George Floyd, a black man, by a white Minneapolis police officer May 25 sparked protests across the United States and calls for civil justice that still nearly three months later flicker in city streets. It’s not something Di Dia shied away from. Floyd’s murder and ensuing calls for social justice “forced us to take a step back and really examine what else can we do that is going to drive us further along the way,” Di Dia said. “And also uncover where the need is for much more attention. Like everyone else, we’ve been somewhat focused on Black Lives Matter with respect to the events And we're not gonna lose that momentum.”

As her company continues to evolve, it will continue to draw inspiration from the Black Lives Matter movement, but it’s also continuing to advocate for LGBT lives, transgender lives, people with disabilities, Wounded Warriors, veterans and others. “And," Di Dia added, "we want this framework to be able to really get at the oppression that the majority doesn't feel or experience."

Floyd’s murder and civil unrest positions diversity and inclusion as an “everyday conversation,” according to Denise Reed Lamoreaux, global chief diversity officer for Atos, a global IT services and consulting firm based in Bezons, France.

“Prior to this it probably wasn't part of an everyday conversation in every person's life. But now it is,” Reed Lamoreaux said. “We already had measures in place. Our women of color program was already in place, and it was running in direct parallel with our women in sales program. These were topics that we decided years ago that we wanted to be paying attention to. The week that George Floyd was killed we had a webinar already planned that was focused on discrimination and preconceived notions and snap judgments based on stereotypes.”

Related Article: What Agile Software Development Can Teach Us About Diversity and Inclusion

How are these DEI leaders putting their programs to work? One approach for Di Dia is empowering employees and workplace leaders to be “upstanders” more so than “bystanders.” “That is really about the difference between being a bystander and letting these comments and remarks go by without speaking up on behalf of your colleague or friend to really empowering our employees to be that upstander,” she said. “We will be launching that later this year. I will work in partnership with our communications team. And this will become deeply embedded into our business narrative. We want to encourage these courageous conversations, and being able to have them has really opened up our doors wider.”

Those conversations are fostered by bringing employees together and putting some on center stage. Di Dia’s company had employees share experiences in front of colleagues in a forum dedicated to diversity and inclusion and the Black Lives Matter movement. One black woman married to a white police officer shared her experiences. Another black man discussed walking around his house late at night with a flashlight and recognized that could be a dangerous scenario because of people’s prejudices.

“I think what was so important in these experiences is that people began to see the privilege that they had,” Di Dia said. “And they heard the pain that many of our employees had never shared or never felt invited to share. And the moment we opened that door, it was truly like the waterfalls got turned on. And it was amazing."

The moment touched senior leaders emotionally. Some were speechless. Some were clearly saddened. "The fact that we would create such a forum like this, and allow them without even reviewing their stories was unprecedented, and I know they felt so supported," Di Dia said. "Our employees just really valued the forum that we created for that expression.”

When she's not spreading the good message of diversity, equality and inclusion in industry events, Reed Lamoreaux leads a series of sessions on topics that help embed diversity and inclusion into the fabric of her organization. Interviewing without bias was a popular session. Removing gender bias in employee performance feedback and leading differently-abled employees were others. The teams just wrapped up their 2020 learning series focused on inclusivity. “We just wrapped up with our final session which was focused on understanding acquired disabilities because, as people stay in the workplace longer, they will acquire disabilities as they age,” Reed Lamoreaux said. “And we have to be ready and equipped to be able to handle that. And do so with respect so that people maintain their dignity, and we still value their efforts.”

As a chief diversity officer, Reed Lamoreaux’s always looking for ways to remain relevant in the eyes of employees and constantly ensure her and her team's efforts resonate. She holds what she calls “big talks” on inclusivity.

On the hiring front, she’s focused on expanding company opportunities for women of color and women in sales. She also wants to continue developing a women’s leadership development program, which she launched in conjunction with the company’s learning and development team. Reed Lamoreaux’s also started a book club, "Leaders Who Are Readers," with books that focus on inclusivity.

According to Bersin, there are 4,000 or so chief diversity officer leaders in the U.S. today. Turnover in the position is high. Di Dia and Reed Lamoreaux are exceptions. The former’s been with her company more than 14 years; and the latter more than five. One thing they've each found? Working across lines of business only helps.

Research on CDOs from Korn Ferry found the top chief diversity officers were “go-getters” who had the ability to manage conflict and were persuasive, making them “exceptional network builders.” “Indeed,” researchers found, “the ability to influence others is essential ... because the current diversity issues are more likely to be solved with collaboration than by the efforts of a single individual. These top leaders also are strategic thinkers.”

Reed Lamoreaux has weekly contact with the head of human resources and frequent contact with her company’s CEO. She meets with regional leaders, human resources leaders, marketing, recruiting, communications and others and is a big part of talent-development sessions. “We really do integrate this role into every facet of the company, so it makes a big difference,” Reed Lamoreaux said. “We've really integrated (diversity) into the operational part of the company to the point where I'm part of meetings every single week with all the heads of the divisions. I've certainly promoted having leaders bring me to their team meetings very heavily because I want it to trickle all the way down. I create posters and ask people to hang them on walls."

Di Dia reports to her company’s chief human resources officer with a matrix to the CEO and other top leaders including the global head of people, strategy and culture and talent management and acquisition.

Another lesson in her role? Di Dia, discussing the “marathon vs. sprint” mentality of baking inclusion into the fabric of a company, cited the old saying of peeling back the layers of an onion.

“You just have to keep going and going and going to get to the core,” she said. ‘It took us 400 years to get to where we are now. I'm not saying it's going to take us another 400 years to change because we all have an opportunity to re-examine our processes and ensure that they're equitable. And I think what's great is that this is truly an opportunity for people to reflect on wanting to change the way things were to the way things need to be in order to be competitive and to be equitable to all of your employees.”