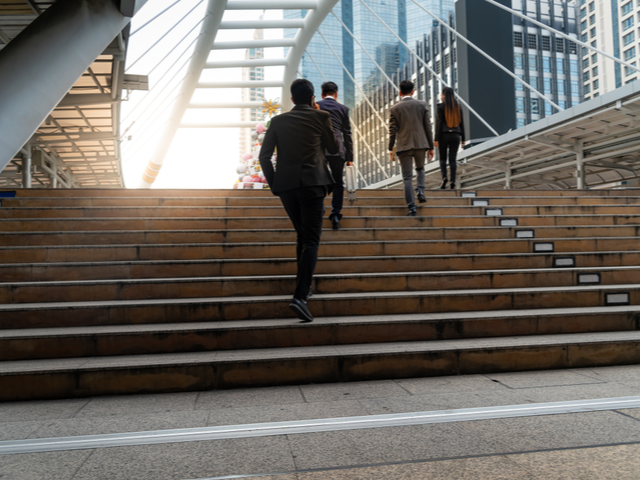 Companies Grapple with the Return to Office Decision

It’s understandable if office workers are feeling the effects of whiplash. One one side, employers like JPMorgan Chase are demanding that workers return to the office despite continuing high rates of COVID-19 infection.

On the other hand, employers like Google aren’t planning a return to the now fallow fields of the office cubicle farm any time soon. Twitter, Facebook and others are telling some workers they can work at home permanently if they’re willing to take a pay cut. It’s not just tech companies, either. Walmart isn’t rolling out the greeters to welcome corporate office workers back until January 2021.

The troublingly high coronavirus infection rate in the U.S. means there’s no clear consensus about when it’s safe to head back. According to a survey of 1,100 business executives conducted by The Conference Board, 35 percent of U.S. companies don’t know when they’ll reopen the office. It will be one of the most significant decisions they make in the coming months.

There’s no right answer. But the risks of getting it wrong are clear, not just to employee health and well-being but also to engagement and productivity. There's already a problem. According to one survey, just 14% of workers trust bosses to make the right decision. Change management principles offer a path forward.

Getting Return to the Office Right

At Vulcan, a Seattle-based company that manages the various entertainment, real estate and investment businesses and philanthropies started by the late Microsoft co-founder Paul Allen, the original plan when the office shut down early this year was to return in phases. A small group of employees went back to the office in June when the state of Washington eased lockdown restrictions and the rest would follow in July, said Tim Mulligan, Vulcan’s chief human resources officer.

That got pushed back to October and now February 2021. “We were a company that was 100% in office,” he said, “so it’s been a huge culture shift for us, a huge learning experience.”

What comes next is still a work in progress. HR is leading the effort to re-examine how, when and where work gets done. “I don’t see us going back to what we were like before,” Mulligan said. “In fact, I know we won’t be going back to like we were before.”

The decision to return to the office, remain at home, or find a hybrid solution is a tricky one. “It’s an unknown,” said Connie Moore, vice president and principal analyst at Deep Analysis, an advisory firm that specializes in emerging technologies. “It’s not like they can easily look to published case studies. People are inching their way toward it.”

In addition to employee perspectives, CEOs need to pay attention to state and local guidelines, some of which change on a daily basis, Moore said. They need to engage key stakeholders in HR, operations, risk management, real estate and facilities and the legal department. Moore also suggested consulting a medical expert.

“Best practice is to pull all that together and appoint a leader or co-leaders and speak with one voice,” she said. “If you don’t, it will be confusing to employees.”

Vulcan told employees the future will likely be a hybrid arrangement but the specific plan is a work in progress. HR is playing a leadership role and will spearhead implementation of the related protocols, practices and policies. “But it really is a group effort, at least at our company,” Mulligan said. “It can’t just be an HR initiative. You have to have buy-in from the top and the right partners as well.”

Related Article: Is It Time for Your Company to Embrace a Remote Workplace?

The Voice of Employees in Return Planning

While the past six months have been turmoil, the reality is many workers have settled into a routine of new habits and practices. Assuming school openings and caregiver issues can be resolved, many workers believe they are highly productive during their time at home, said Rebecca Ray, executive vice president of human capital at The Conference Board, a New York-based business membership and research organization.

“Many workers think, ‘What’s the rush’?” she said. “Does the benefit of bonding in the workplace outweigh the risks of COVID-19 exposure?”

The Conference Board survey found 60% of U.S. companies have consulted workers about their levels of readiness and comfort in returning to the workplace. Those that have were more likely to implement safety measures, including policies for workers taking public transportation, revised work-from-home policies and enhanced childcare options, Ray said.

Only 67% of companies are requiring temperature screening and testing and less than half of companies are planning to use staggered timing for entry into the workplace or staggered shifts to reduce worker contact. “Are we then surprised that people have concerns about the safety of returning to a workplace?” Ray said.

What’s interesting is that the top concerns raised by workers were low on the overall list of safeguards organizations are implementing, indicating they are more important to employees than many employers realize. "This disconnect reinforces the need for companies to receive buy-in from their most precious resource — their people — especially about matters as consequential as this one," Ray said.

The employee voice in planning is important, Moore said, but putting too much emphasis on it can be problematic. “The reason I say it’s a minefield is there are so many factors in return to work, if you start making it employee driven you’re going to really run into problems,” she said. Employee sentiment should be one voice among several in the stakeholder chorus.

“If you look at it from an executive’s viewpoint, it’s a very complicated thing,” Moore said. “The workforce is a piece of it. The workforce is certainly not where you start.”

Related Article: Working From Home: Are You Overworked, Overwhelmed or Overjoyed?

At Vulcan, Mulligan and the HR team are kicking off a series of "charrettes," one- to three-hour meetings with employees, managers, senior leaders and groups like the diversity council to map out the road ahead.

“We’re getting them together for meaningful discussions about what a hybrid culture is going to look like for Vulcan,” he said. “We're a company that likes to get in a room and brainstorm and ideate and solve the world's problems and get really creative. How are we going to do that in a hybrid state if we have some people in a room and some in their houses around the city or around the country?”

The goal of these meetings is the rollout of a new working policy in late 2020, with ample time to communicate with employees before instituting the new approach in February 2021. Given that the company never had a strong work-from-home culture, eyes are on HR to shine a light on the road ahead.

“There's a fear that we're just going to turn the switch and everyone has to come back to work, no choice,” he said. “And so what I promised the organization is to come out with some guidelines on that, but also we need a new set of rules for how we are organizing meetings, and how we're going to deal with Zoom and in-person meetings when there's a mix, and how we're going to have employee events.”

Whatever the decision is and how it's reached, companies should use change management principles to give it structure, said Moore. That includes identifying an executive leader. HR is a natural one but it could also be the COO. The key point is to get representation from the stakeholders responsible for carrying out the policy in order to deliver a clear and consistent message.

A couple of years ago, Vulcan’s HR department implemented the ADKAR method, a change management approach that focuses on five outcomes: awareness, desire, knowledge, ability and reinforcement. As a result, the company already has change agents trained in the approach embedded throughout the organization. They’ll also be supported by a communications team and a project manager to implement the new policy.

“I could just write a policy and make a bunch of guidelines, but I don't want to do that,” Mulligan said. “I want to make sure that the employees are brought along the whole way, and buy in and and have had their say, and we manage it very, very carefully far far in advance.”

There’s still a lot that needs to be figured out but Vulcan plans a mix of all-hands employee meetings and toolkits tailored to different departments. “Our role in HR is to give them a framework to make good decisions and the right tools as long as it rolls up to one standard vision and one practice,” Mulligan said.

The hybrid working approach will be a particular challenge for IT, who will have to support the technology and networking needs of people shifting back and forth between home and the office. Safety will also be a top concern for many employees.

Moore said it’s important to have a flexible mindset in returning to the office, pointing to the example of universities that opened their campuses to students in the fall only to shut down again to manage virus flareups. “If you're a business, you could learn a lot from how you just have to have a flexible rollback plan because you may return to work and it doesn't work,” Moore said.

Contact tracing is another consideration. There are off-the-shelf software solutions or add-on applications from vendors like Salesforce and Appian, but software can get expensive, Moore said. The key is to have a strategy going in. “If you have a company of any size, you need some sort of software to manage this, trying to manage this in spreadsheets or through email is a disaster,” Moore said.

Then there’s the compliance issue. Sensitive employee health information is subject to a number of regulations, including GDRP in Europe and HIPAA, the Health Insurance Portability and Accountability Act, in the U.S. “A lot of organizations have no clue what HIPAA is other than it's a form signed at their doctor's office,” Moore said. “But as soon as they're collecting information about employee symptoms, employee quarantine, positivity, they now own private health data and they don't know that they have to do to be compliant.”

At Vulcan, Mulligan feels confident in the protocols they have in place. His focus has turned to the cultural aspects. “Vulcan was a very tight, family-like community," he said. "How will that be in February when some go back to work, and some have a choice and some never go back to work?"

But it's not all challenge and problems. The last six months have been an opportunity to rethink the business model and how the company keeps employees engaged. It started with policy but Mulligan and Vulcan aim to explore how corporate values will need to be redefined for the new working world.

“I could write a telecommuting policy right now,” Mulligan said. “We already had one. I can just tweak it. But we want to have some bigger discussion about what this is going to do to our culture and the work-life day in, day out at Vulcan.”

The decision to return to the office, or not, is a tricky problem with no easy solution. The bottom line is that everyone should just try to go easy on each other.

“I just think going into this with a lot of kindness is important because it's just a time when everyone's totally stressed out,” Moore said. “Employees are adrift in many instances.”

Bridging the Gap Between Workers, Managers Is Critical to Hybrid Work 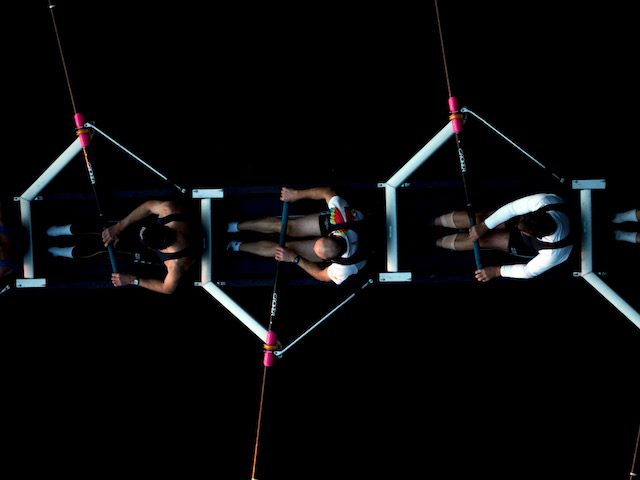 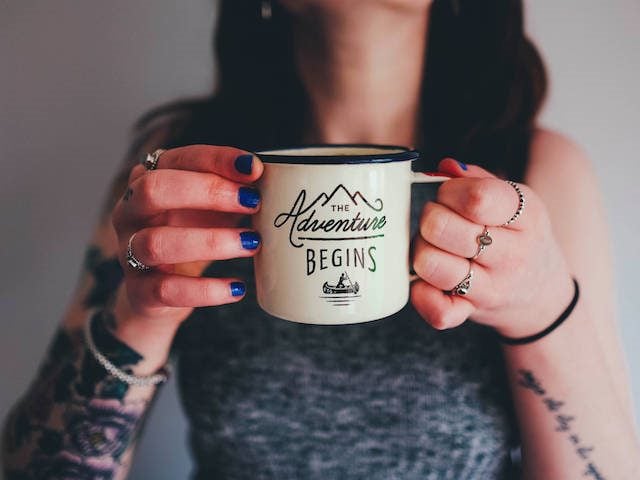 The Great Resignation Is Over: Here’s What’s Next