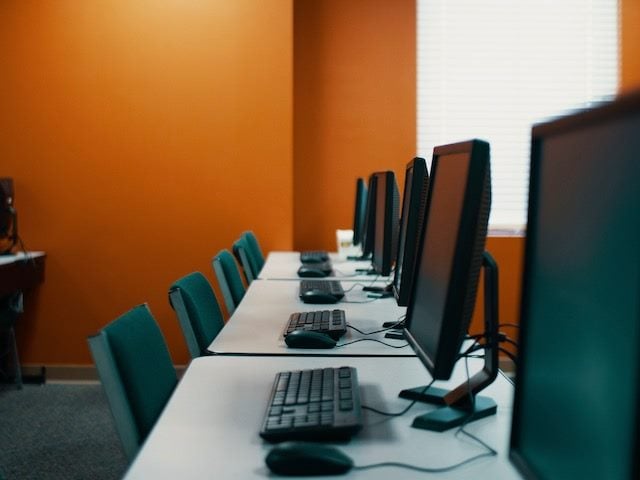 How Employers Can Convince Women a Return to Work Is Worthwhile

U.S. Treasury Secretary Janet Yellen has it right: The reason that employers and policy makers haven’t been able to bring more women back into the workplace is right in front of us. We have “not accounted for the fact that people’s work lives and their personal lives are inextricably linked, and if one suffers so does the other. The pandemic has made this very clear," she said.

Yellen was speaking at a White House press briefing, commenting on the fact that millions of women who were in the workforce in February of 2020 are still unemployed. And that number didn’t include the approximately 165,000 women aged 20 and over who withdrew from the labor force in April 2020 because they had decided to stop looking for work at all.

What’s going on? Experts say that poor access to childcare, a lack of attractive jobs, the demands of home and virtual schooling, and health concerns are likely affecting female employment. And while this is a big problem for the women, their families and the economy, businesses and society at large will be the biggest losers, according to experts.

“Anytime one segment of the population is not contributing equally to the marketplace of ideas, thought leadership and innovation are not optimized,” Eliza VanCort, author of "A Woman’s Guide to Claiming Space" told Reworked.

And this can be costly in more ways than one. VanCort used the example of early versions of car crash dummies being based solely on the male body. “This was because there were no women in the room to remind people that women’s bodies are different, and that sometimes women are pregnant. This resulted in cars being ill equipped to protect pregnant women during car crashes, and the outcomes were sometimes quite tragic,” she said. “This can have far reaching, and even dangerous, consequences.”

Karen Mangia, author of many books including "Listen Up! How to Tune In to Customers and Turn Down the Noise" and "Working From Home" told Reworked that having women influencing and making decisions  around how companies are run is a must too. “It’s good for the bottom line,” she said,  offering a Harvard study as proof. “When Fortune-500 companies were ranked by the number of women directors on their boards, those in the highest quartile in 2009 reported a 42% greater return on sales and a 53% higher return on equity than the rest.”

So, if companies can’t win without diversity, and in this case women specifically, what can they do to bring them in?

“Employers need to put themselves in women’s shoes — what would shift the cost benefit analysis back toward rejoining the workforce?” asked VanCort, explaining that any changes made need to be durable and sustainable. “Women will see through short-term quick fixes like hiring bonuses. They want to know that when the next pandemic or crisis hits, they won’t be forced to make the same decisions they made during the pandemic." (e.g., Will I need to choose between continuing to work in my profession and caring for my family when there is a crisis?)

“This means employers need to overhaul their support at the intersection of family and career. In order to identify, develop and retain women, employers must be sure (that) they are paying all genders equitably, create internal networking structures for women, set up formal systems mentorship programs women, have extended maternity and paternity leave and educate HR so they are better equipped to respond to gender-specific issues,” she continued. "Once this is done, managers need to proactively communicate these changes throughout their organization and take concrete steps to incorporate them into their culture and recruitment strategies.”

“When you want to work out what a diverse culture looks like, you've got to have a variety of people at the table for that discussion,” said Mangia. “Employers who will win the war on talent — especially the war for top talent and top diverse talent — will ask rather than assume. They will ask women who work for them, and women who no longer work for them, whether the headlines are accurate or not. Rather than assume you know why talent is leaving your organization — or why your employee burnout scores are so high, ask. It's critical for employers to uncover how your diverse and dispersed workforce is affected by this new normal — because one size does not fit all. You can't solve a problem you don't understand. Deep listening leads to deep understanding.”

And understand that “flexibility may mean different things to different people,” said VanCort. It could come in the form of “nursing rooms, paid maternity and paternity leave flexibility for prioritizing family concerns. This includes elder care, as many women take on an unfair share of that burden,” she said.

“Human beings universally love to have choices — and to feel a sense of autonomy,” said Mangia. She pointed to the Ask / Experiment / Choice model. “At one company (General Mills) leaders believed they were doing employees a favor — offering a benefit — by providing every employee an extra day off.  The idea (was that this) would combat burnout. The challenge is that very few employees took advantage of the benefit. The company asked a smart question — why?  They discovered a myriad of underlying reasons why their employees did not see that day off as a benefit. So, they experimented. They tried another approach. In January, they rolled out a new program called the Gift of Choice to around 10,000 workers in North America manufacturing plants. The initiative gave employees three choices: an extra paid day off, a $250 bonus or a $250 donation to a charity of their choosing. Program participation was over 85% and positively received.” She went on to suggest that employers ask what a "Gift of Choice" program might look like for women on their payrolls.

Employers need to consider diversity equity and inclusion training that focuses beyond gender. It needs to be at the intersection of gender and race. “It’s important to remember that not all women are White, and if we are just addressing the issues that impact White women, we are leaving other women behind. This includes implicit bias, microaggression and ally training,” said VanCort.

Focus on the Middle

The hardest part of creating a culture where women thrive is retraining the people who have the biggest effect on company culture, according to Mangia. She said that while it might seem that change happens with senior leadership or HR because that is how it works strategically, a big-picture focus and top-down modeling for the organization are important because the C-Suite is isolated from most of the day-to-day challenges of women in the workforce.

"The real crux of the culture falls on the shoulders of those who are caught in the middle — middle managers," said Mangia. "Want to create an authentic culture where women thrive inside of your organization? The most critical role in sustaining that culture comes from the center. Not the top or the bottom. The center is what matters for the future of women in the workforce. Middle managers are the first line of defense to keep a pulse on how women are really doing, how they're feeling, how they're adapting, what they're being able to successfully accomplish. The center is where your organization needs to focus, if you want to develop a sustainable culture of engagement, high performance, trust, and diversity. For many organizations, this means reskilling, retraining, and resetting expectations with middle manager."