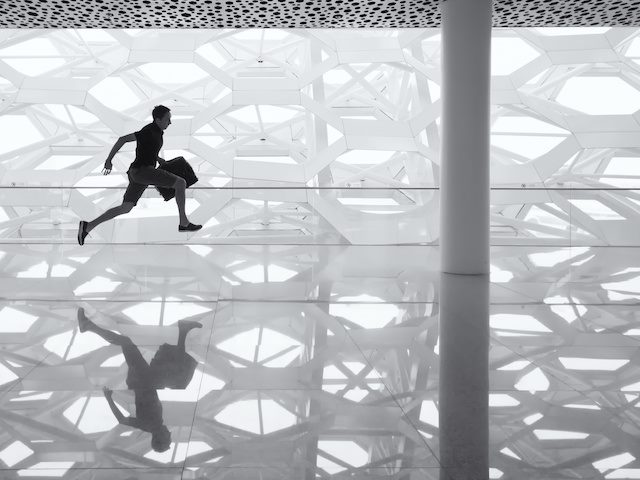 Simplicity Sprint or Simple Stunt? What Leaders Can Learn From Google

Have you ever had to sell bad news as a positive step forward to employees in your organization? During one of the first layoffs I conducted, the CEO asked me to lead with the positives of the layoffs — namely, that we would still be in business. Even with my lack of experience, I knew that wasn’t right.

The language we use in delicate situations is important. HR teams are skilled at finding ways to soften bad news. Rather than termination, we call it separation. Instead of laying people off, we're going through a reorganization.

But there are times when companies may push the envelope too far, which is what Google recently did with its latest "Simplicity Sprint" initiative.

Google CEO Sundar Pichai announced in July that the search giant was embarking on a “Simplicity Sprint.” It was positioned as a positive development, something that all 170k+ employees could participate in and guide the company forward toward a common goal.

According to reporting from Inc., the sprint involved crowdsourcing employee feedback by asking them the following three questions:

The intent is to rummage through the results to find areas where performance can be improved. Collecting feedback and insights directly from employees, after all, has been shown to promote accountability, build trust and increase engagement. So, what's the problem?

Much of the commentary about the sprint has missed the essential context that it was introduced under: concerns about layoffs and the company’s weaker-than-expected growth. According to CNBC, which published details of that meeting, Pichai communicated that the company is concerned that its productivity is not where it needs to be when taking into consideration the size of its workforce.

It is under this need to redress the company that leadership is asking employees to help. "We should think about how we can minimize distractions and really raise the bar on both product excellence and productivity,” Pinchai said at the meeting, according to CNBC's transcript.

Launching an initiative to gain efficiencies during good times can be a positive way to drive growth and bring people together. But doing so when the company is getting hammered on earnings brings a completely different feel to the situation.

In Google's case, asking employees to share ideas about what the company needs to do to improve performance when it is clear that people’s careers are on the line can feel like an exercise in job protection. “Share opportunities for efficiencies and performance improvement” can mean “share that you and another department are working on the same exact project” or “tell someone that Steve is a gatekeeper who slows down progress.”

It's easy to see how Pichai's invitation to highlight opportunities for greater efficiencies could be interpreted as an invitation to throw other people under the bus.

With this initiative, Google appears to be trying to indirectly solve a people problem by hiding behind, well, its people. If the company is trying to stave off layoffs that other tech companies are continuing to work through, it’s worth wondering why its leaders waited so long to ask employees for input.

The Value of Authenticity and Transparency

As a subsidiary of publicly traded Alphabet, Google isn’t immune to shareholder pressure. Important to note however is whether Google lays off staff or not, the worst that will happen is the company delivers slightly less profit to shareholders. Google is not in trouble. These layoffs are a response to weaker-than-expected growth. They are still growing.

Google will undoubtedly receive an overwhelming response from the survey. And given the size of its workforce, it will take an enormous amount of time to sort through the responses, find trends and unearth the ideas that stand a chance to simplify Google’s enormous business — if it’s even possible.

A Simplicity Sprint isn't about simplicity. It’s about finding areas where costs and headcount can be reduced. Which brings us back to language. It may be unpopular to say you’re evaluating all aspects of the business to find efficiencies, which might involve reducing headcount, but at least it’s honest. More important, it’s clear what the organization is trying to solve.

Pichai's approach to outsourcing some of the decision-making to employees may feel egalitarian, but it also comes off like a stunt meant to deflect criticism if staffing cuts are announced. Reorganizations, restructures, layoffs — whatever you want to call them — are tough decisions, and Google isn’t the only company going through them. Asking for employee feedback is great, but how you ask is just as important.