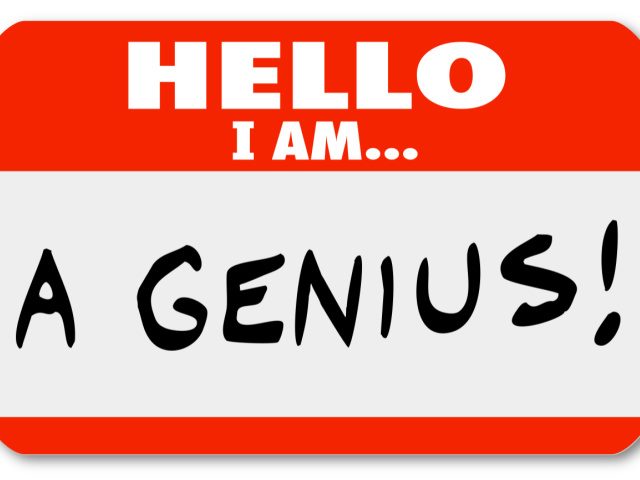 The Blowhard Curve: When to Lead Thoughts or Leave Them

Each one of us possesses a certain amount of wisdom. And today, we can share it frictionlessly, on various channels, and without limit. Overall, this is a good thing. But once we get going, it’s easy to keep tweeting, blogging, and writing LinkedIn broetry until we have nothing left to say, and then some. After enough exposure, anyone, even the wisest among us, can start sounding like a windbag.

Knowing when to hit pause is therefore a crucial skill in 2021. But it’s not as simple as finding the line and deciding not to cross it. The journey from sage to blowhard is instead a progression, one involving several steps and tradeoffs between being authoritative and overexposed. 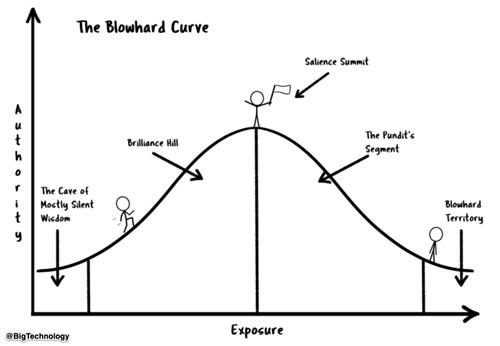 The Blowhard Curve, as illustrated here, is how I think about this progression. It’s something that’s vital for any person or organization sharing thoughts online today to understand. Let’s walk through the journey together:

People who inhabit the first section of the curve have a wealth of knowledge but largely keep it to themselves. They have little authority (Y-Axis) because they rarely speak up. But they’re also far from Blowhard Territory because they’re minimally exposed (X-Axis).

The Cave of Mostly Silent Wisdom is a fine place for many people to be — no one says you have to be a thought leader. Though things get more interesting as we start to ascend the chart.

Some people speak selectively, but almost everything they say is a revelation. Since they’re somewhat underexposed, they’re mostly discussing things they know well, which adds credibility to their words and helps them build authority. These people are on Brilliance Hill. While they leave some opportunities to share their wisdom on the table, they almost always sound smart. So life on Brilliance Hill is pretty great.

For each individual, there’s an optimal point where they can speak maximally on topics they know without veering into pontification territory. This is the Salience Summit. Remaining on the summit requires turning down some speaking opportunities and leaving some tweets in drafts. But the people on top here are masters of knowing when to speak up and when to remain on the sidelines. It’s a rare talent.

Those who reach Salience Summit will have regular opportunities to speak about topics they don’t know quite well. The invitations can be difficult to resist, which is why so many smart people end up popping off on topics outside of their expertise. Those in the Pundit Segment understand that influence is the product of authority x exposure, so they’re willing to sacrifice some authority for more clout. And sometimes a pundit can actually improve a conversation outside of their expertise by applying their savvy, which is worth keeping in mind.

After living large in the pundit segment, some people will lose sight of what got them there in the first place. They’ll grow accustomed to speaking about things they don’t understand, believing their innate wisdom enables them to be more insightful than topic experts. As people move into Blowhard Territory, they lose the authority they’ve built up as an expert in their field. Reaching this part of the chart takes work, and it isn’t a life sentence. But once folks make their way to Blowhard Territory, they rarely seem interested in reversing course.