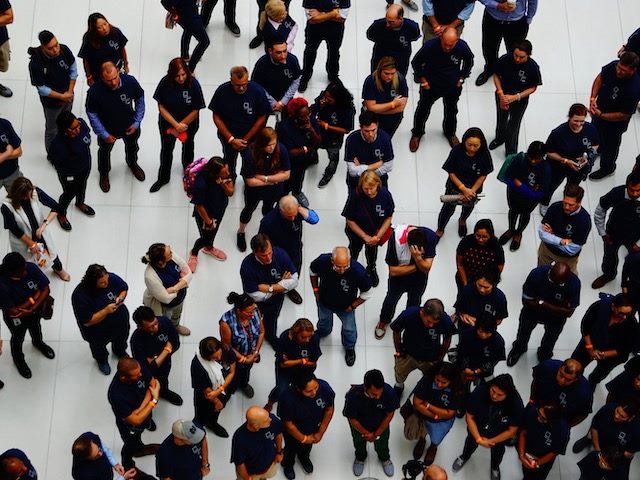 What Agile Software Development Can Teach Us About Diversity and Inclusion

I write this article as a wave of protests has swept across the nation, leaving us all thinking about how we will resolve some of the most intrinsic problems of our society. While I've previously written about the need for gender diversity, I'm approaching this topic based on my experience as an engineer and technology professional.

The field of software development has transformed dramatically over the last 20 years. What started as a field of separate, isolated units has now evolved into a melting pot of time-boxed units. So how has it changed and what lessons can we apply from this history to our current context?

The process of software development began as exclusive, segregated segments, worked in phases and then passed on to the next team until the product was finally deployed for users. At each point in the process, a group of professionals handled the product — requirements engineers, developers, testers and operations professionals —  but they rarely interacted with each other. Each group did their job in a silo and then handed it off to the next group.

This method of software engineering is better known as the waterfall methodology. Dr. Winston Royce first defined waterfall in a 1970 paper about inefficiencies in large software development projects, but no one individual is credited with creating the methodology. Waterfall is still used in parts of the industry despite its well-known disadvantages. Since waterfall doesn't allow for much reflection or revision  — an imperative in an ever-changing world — it introduces a high level of risk and requires building a lot of contingency into the schedule, leading to expensive and drawn out projects. In the case of large-scale implementations, by the time the project is put into production, the software and requirements are often already outdated and need to be upgraded.

More significantly, waterfall lacks the insight of every part of the software industry. While developers code the software, they are unaware and fail to consider the issues testers face, thus leaving out significant operational insights in production. This siloed, segregated approach leads to clunky, expensive  and often buggy software which requires expensive and prolonged updates.

So how has modern software development changed traditional methodologies?

Related Article: DevOps and the Culture of Inclusion

Modern software development uses the same principles as agile teaming, where all players in the software development lifecycle are part of one team. Agile teams include requirements engineers, developers, testers, operations professionals, as well as product managers. Inclusiveness is encouraged and the focus is on building small workable code sets which can be swiftly developed, tested and delivered. No group works in isolation, and sharing professional opinions is encouraged and made part of the process. Inclusion isn't limited to the people involved in building the software but extends to users as well. As part of agile teams, product owners and business professionals provide direct user insights throughout the build process.

Lessons in Diversity and Inclusion From the World of Software Development

As a software professional who has grown from development to large-scale IT implementation, I see how the history of software development has taught us lessons in diversity and inclusion if we delve a little deeper. We have learned that:

Next Steps: Better Organizations and a Better World

A mounting amount of data and research supports these findings. However, we still live in a world where diversity or lack thereof remains a major issue, even in tech sectors where data research and experience point all in one direction.

The process of building software has evolved over the years to build in efficiency, velocity and inclusiveness. The evolution itself has made us realize that segregating various parts of the industry is detrimental to the process and ultimately leads to an inferior product. It’s a simple lesson learned in diversity and inclusion that is key to not only building a better organization but a better world. It's time to lean in and focus on building inclusive organizations where the richness of our diversity is preserved and celebrated.