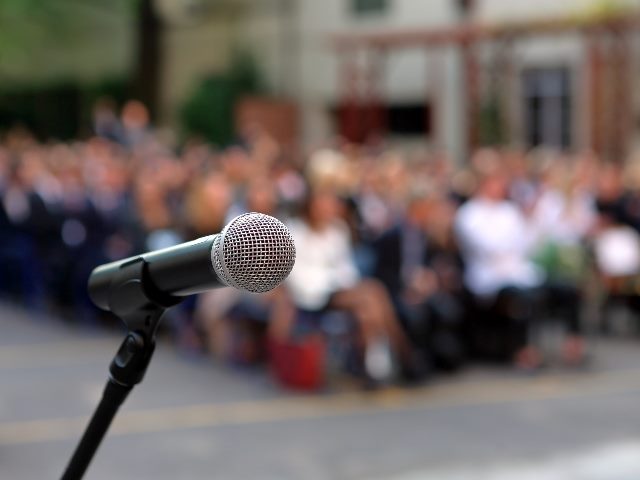 CEOs: Should You Be Publicly Weighing-in on Layoffs?

CEOs typically leave the business of layoffs to HR and line managers who have scripts limiting what they can and cannot say. But lately there have been instances, not yet statistically significant, where CEOs address the employees they are letting go themselves. In some cases, over social media or Zoom.

At a time when as many as many as 51% of companies expect to conduct layoffs in the next year according to PwC, and with layoffs already happening at employers ranging from the like of Ford Motor Company to Shopify, it may prudent to ask if CEOs addressing workers en masse over Zoom, externally facing blogs or sites like LinkedIn is a good idea. Aside from the mocking that can arise from a crying CEO or other senior managers talking about their own bad feelings (even as some of them hold on to their high-paying jobs or exotic lifestyles), the question remains: what is the benefit of such an approach?

The Risks of CEOs Making Public Statements About Layoffs

We asked Michael Schmidt, labor and employment attorney from law firm Cozen O’Connor what he thought of the practice. "There is a fine line between the positive impact from senior management being transparent, open and communicative about decisions made by the company, on the one hand, and ensuring on the other hand that any statements made by senior management may not be taken as offensive by employees or otherwise do not violate the law. We have recently seen an uptick in company executives making public statements (either distributed internally to employees or posting externally through social media) on issues in the world such as the war in Ukraine, state legislation, the Supreme Court’s Dobbs decision, and social justice movements, as well as on company-specific issues such as layoffs or work stoppages. While most communications are intended to have a positive impact, there is a significant risk," he said.

Related Article: We Can't Keep Blaming Technology for a Lack of Leadership Empathy

What Are the Stakes, What Is the Impact?

Consider too that a company’s reputation, never mind its employer brand, can be severely damaged. Take, for example, Better.com CEO Vishal Garg’s Zoom video in which he fired 900 workers. The outrage was greater among individuals outside of the company than actual employees, many of whom were actually grateful for their time at the company. That stuff doesn’t get press.

Neither does the backstory of many layoffs, as in the case of Shopify, which offered its departing workers six weeks of severance pay, plus an additional week for every year of tenure, the removal of any equity cliffs, the extensions of medical benefits, outplacement services with access to career coaching, interviewing support, resume crafting, etc., compensation for internet costs for a period, an ability to keep the home office furniture the company provided, a kickstart allowance that can be used to buy new laptops and more.

Instead Fortune Magazine wrote about the layoff under the headline, “Shopify is showing 1,000 staffers the door today as CEO admits he ‘bet’ on e-commerce —and he was wrong” and "Shopify Does Something No Business Should Ever Do: Fire via Email." The criticism here isn’t about the press, but that CEO Tobias Lütke’s email left him open to public scrutiny. In its case, its stock lost Wall Street’s confidence, whereas Oracle's layoffs caused only a temporary blip in stock price. It’s worth noting that Shopify laid off 1,000 workers, about 10% of its staff, and Oracle is rumored to have/will soon layoff as many as 10,000.

Related Article: The Right Way to Offboard an Employee

Who Is Your Audience?

We asked Caroline Carter-Smith, co-founder at C-Suite Content and an expert at executive communications, about her thoughts about executives announcing layoffs in ways that begin, or are easily, made public.

Carter-Smith noted that while publicly sharing your values, vision and unique perspectives as a leader with key stakeholders can be a very powerful tactic, “it’s really about knowing when the right time, place and message should be deployed and to whom. In periods of turbulence, leaders should absolutely lend their voice to benefit their company. It isn’t a one-size-fits-all approach and social media is not always the place to do this.”

She applauded Shopify CEO’s post noting that it was "quite well done in that it lived on a corporate channel vs. a social platform making it far less susceptible to trolling and public dialogue in the comments (although I believe Tobi did share a few short updates on social directing people to this post). I also think the language here strikes an effective balance between clarity on macro trends that led to the layoffs and individual accountability (which was briefly and sincerely acknowledged but not overstated) and then letting employees know they will be supported in their departure."

That said, she cautioned that the last section of the post focused “around the future of the company (and) speaks more to other stakeholders vs. departing employees. With that said, as a public company, I believe this was probably included to show a steady path forward and instill optimism among other stakeholders and remaining team members.”

While she saw much to like about the email Vimeo CEO Anjali Sud sent to staffers last month announcing layoffs, which was cross-posted on the company’s publicly facing blog and later on LinkedIn, Carter-Smith noted it also gave rise to the public, and even customers, judging the actions. They ranged from questioning management pay, why salaries couldn’t be cut instead, to the product’s UI, to Vimeo’s management choosing shareholders over employees.

“You need only look at the thousands of comments to see why this opened the conversation up to trolling and vitriol (now living on this executive’s profile),” wrote Carter-Smith.

Related Article: To Know Yourself as a Leader, Share Yourself

As to whether CEOs should comment on layoffs publicly, Carter-Smith offered this: “A CEO’s voice can be a tremendous asset to an organization, but it can also be a liability. If you’re ever in doubt about how to proceed, seek out help. Social media gives all of us a powerful tool to broadcast our thoughts with a simple click, but these are legitimate and powerful communications channels, and they need to be leveraged with intention. When this is done well, we can feel more connected to a company and the people who lead it. We may buy from them, apply to work for them or do business with them because we like what their leader has to say. But when it comes to people losing their livelihood, communications are high-stakes and leaders need to approach this delicately. A guiding principle: Don’t think about the optics of being a good person, just be a good person. Reach out to people impacted in the most direct, sincere way you can (or through the most direct channel) and show them their experience comes before clicks.”