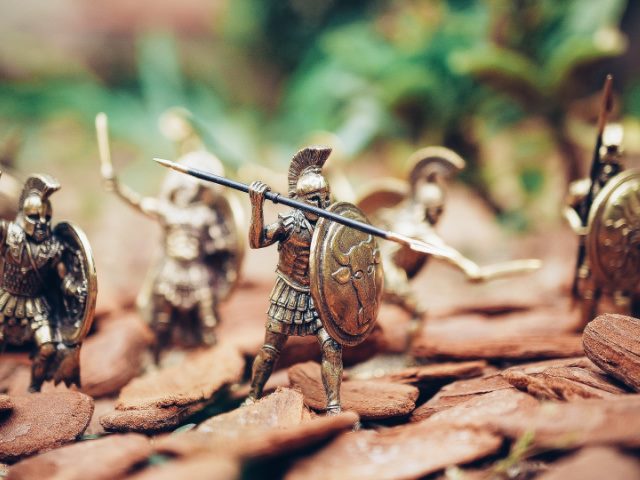 Collaboration Is the New Front in the Digital Workplace Battle

In June, Slack introduced new features intended to help teams collaborate more flexibly and conveniently. It’s the latest salvo in the battle to empower hybrid workers, following Microsoft’s Teams enhancements meant to simplify interaction in meetings, and moves by Zoom, based in San Jose and Google, headquartered in Mountain View, Calif., to upgrade their work platforms.

Even before the pandemic, tech companies were pushing their collaboration and communication platforms deeper into HR territory, focusing on employee engagement and productivity. But the rapid rise of remote work and the movement to a post-pandemic hybrid work arrangement set off a cycle of investment and innovation that aims to create nothing less than, as one executive put it, a "unified operating system of work" with digital workplace tools and technology at the center.

Slack’s first new feature, Slack Huddles, will recreate the “spontaneous and informal discussions” that traditionally occurred in the office, the company said. Users start huddles with audio in any channel or direct message string, then co-workers can enter and exit the conversation as they like. It’s the equivalent, Slack said, of kicking off a chat when someone walks by your desk.

Slack also added a video, voice and screen recording feature so users can leave messages for each other, without having to coordinate schedules. The playback tools have the ability to present third-party videos as well as home-grown messages, Slack said, and allow users to adjust playback speed or read through transcripts from most any device.

A third feature, Slack Atlas, helps users understand the role of other workers in the organization. Besides profile data on people throughout the company, each entry includes information such as employee start dates and material from the business’s org chart. The Atlas also can be integrated with other human capital management solutions, allowing it to automatically keep profiles up to date.

Collaboration Platforms as the Operating System for Work

What do features like this on collaboration platforms have to do with HR software? Technology being technology, the answer depends on who you ask. But there’s increasing talk of melding human capital and workforce management platforms with tools like Slack, Teams or Google Workspace. The idea is that by incorporating HR applications and collaboration tools, employers will realize increased efficiency, simpler workflows and, while they’re at it, improvements to the employee experience.

Because it simplifies conversations and the exchange of information among dispersed teams, Slack benefitted greatly from the pandemic’s impact on business. When Salesforce announced its acquisition of the company in December, it positioned the transaction as creating an “operating system for the new way to work.” Rather than switch around multiple programs, employees would be able to complete different types of tasks using different systems from one place. In Slack’s mind, of course, that place would be Slack.

When Salesforce called, Slack had already implemented several integrations that accessed HR technology systems, such as UKG and Workday. At the time, Slack CEO Stewart Butterfield said the companies “share[d] a vision of reduced complexity, increased power and flexibility, and ultimately a greater degree of alignment and organizational agility.” Marc Benioff, Salesforce’s CEO, said the combined businesses “will shape the future of enterprise software and transform the way everyone works in the all-digital, work-from-anywhere world.”

And, according to The Wall Street Journal, the combination reflected a belief that many of the pandemic-sparked changes to work would continue even after COVID-19 is brought under control. “We really see the world as fundamentally having shifted,” the newspaper quoted Salesforce COO Bret Taylor as saying. “Slack is really the system of engagement for every employee, every partner and for every customer interaction.”

Not surprisingly, employers are embracing a variety of tools to facilitate remote work, some of them designed for the purpose and others that were basically drafted as solutions to one remote-work challenge or another. That’s been good news for companies that offer communications and collaboration tools, such as Google and Slack. More than a year ago, according to Business Insider, both firms were already moving to expand their enterprise presence as COVID-19 spread.

Google, which has long coveted the community tools of Facebook and LinkedIn, rebranded its narrowed-down Google+ for business use as Google Currents. Though BI said the service was targeting enterprise customers, a number of small- and medium-sized businesses said they were informed their G Suite platforms would move to Currents, as well.

And whatever designs Google may have once had on the Facebook-style world of social networking, The Verge reported that Currents “appears to more closely resemble Slack or Microsoft Teams.” That’s a subtle hint that Facebook might shrug off Google’s activity, though Microsoft and LinkedIn should pay attention.

Employee Experience Is Driving Growth, Too

Even before the pandemic, research showed that remote workers were frequently bothered by loneliness, lack of collaboration and lack of communication. Business Insider cited one survey, from Blue Fountain Media, that said more than half of remote workers found it difficult to maintain healthy work relationships when they’re based outside the office. Since 77 percent of HR leaders expect remote work to continue after the pandemic subsides, according to the Conference Board, it’s a safe bet employers will continue to seek out tools that can temper such challenges.

That puts Slack, with its communications chops and integration abilities, in a sweet spot, and its position is borne out by its financial performance. At the end of its most recent quarter, which ended April 30, Slack reported revenue of $273 million, up 36% from the same period a year ago. The company added 13,000 net new paid customers, 102 of which it expects to generate more than $100,000 in revenue each year.

“Companies globally are racing toward a digital-first way of working to attract talent and to win,” said CEO Butterfield. “Slack is not just embracing this trend, we are enabling it.”