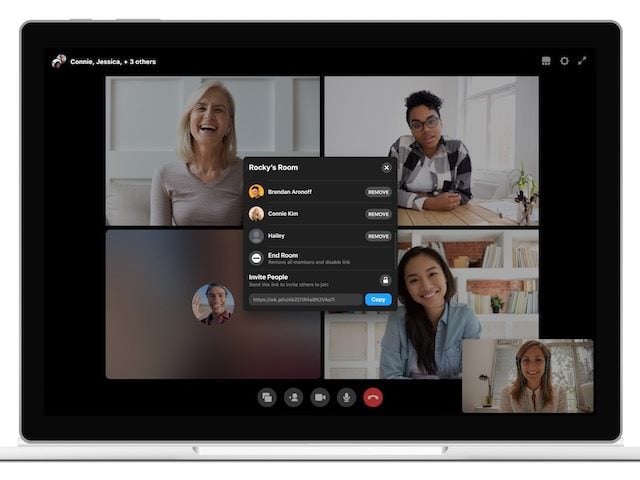 Video meetings have been the clear standout solution during the COVID-19 pandemic. With so many of us working remotely and remaining socially distanced, they've become the primary way for people to connect with colleagues, friends, family, teachers, students and customers. Adoption of tools like Zoom and Microsoft Teams has skyrocketed and, although there's now some antipathy towards the number of webinars and video calls many of us are participating in every day, we're all coming to terms with this being the norm for the foreseeable future.

So it shouldn't come as a surprise that Facebook wants in on the action here too. Last week, the company announced Workplace Rooms, which will provide one-to-one and group video meeting capabilities to customers of its Workplace collaboration solution. Rolling out in June, Workplace Rooms uses the Messenger Rooms technology of the consumer Facebook product. This highlights the urgency and strength of the opportunity that Workplace sees in this feature, as Messenger Rooms only launched in April. The new tool limits the number of participants to 50 and supports screen-sharing. Participants needn't be Workplace customers, and organizers have the option to lock rooms and eject participants.

This is a major new feature for Workplace and comes hot on the heels of its launch of Knowledge Library in April, a static publishing vehicle that could serve as a replacement for an intranet for many companies. Together, these additions mark a distinct pivot in Facebook's strategy with Workplace, and one that I believe is vital for the product's long-term growth.

According to Facebook, these moves are already having an impact on who the buyer is for Workplace in an organization. Communications and HR employees have previously been the primary buyers for Workplace, but the intranet possibilities of Knowledge Library are now attracting IT decision-makers as well.

However, the addition of support for video meetings brings Workplace into the realms of communication infrastructure, and, of course, squarely in competition with the likes of Microsoft Teams, Zoom, WebEx, Google Meet and others.

A New Direction for Workplace

Video meetings will undoubtedly become a major influence in purchasing decisions for Workplace, but most importantly they will also boost usage, particularly at this time of heavy remote work. Like other communications and collaboration tools, Workplace has seen a huge surge in customers over the past two months, with the company now reporting 5 million paid users, a rise of 2 million since it last shared figures in October 2019.

However, it's notable that Facebook doesn't reveal the number of daily active users of Workplace. The product's newsfeed-based interface means it's not necessarily an embedded part of employees' daily workflow. The meetings capability has the potential to dramatically change this, turning Workplace into a true engagement platform.

Related Article: The Evolution of Video Meetings Has Long-Term Effects

Adding Portal and Oculus to the Workplace Mix

Facebook's announcements also made it clear that the Workplace collaboration platform is only the beginning of the company's push into the enterprise market. New Workplace integrations with Portal, Facebook's video calling device, suggest the hardware is being targeted as a business solution, not just a consumer tool. And Oculus for Business, which is now generally available, opens a whole new avenue of opportunity for Facebook into the enterprise space with virtual reality (VR). Oculus for Business has been largely under the radar until now, but in the interim it has been quietly amassing a community of 400 partners that are developing VR solutions for enterprise uses, fueled by the success of the Oculus Quest, Facebook's wireless VR headset.

Related Article: Extended Reality The Next Wave in Workplace Transformation

Compared with some of its rivals in the collaboration space, Workplace from Facebook has been relatively quiet throughout the COVID-19 pandemic — until now. However, these announcements show the company has been busy responding to the changing needs of its customers and the market more broadly, and that it has big plans for attacking opportunities in enterprises.

Remote working is now part of life, and the pandemic is pushing many organizations to think about how they can support and enable remote work more effectively in the long-term. Facebook's CEO Mark Zuckerberg revealed on a public livestream of the company's internal employee town hall meeting that the company is considering supporting permanent remote working for its own employees, and this is leading Facebook to explore investment in new areas of technology innovation as a result.

Of course, Facebook faces some heavyweight competition in the enterprise space, and will continue to be challenged in its credibility as a trusted provider of enterprise solutions. However, Facebook is undeniably ambitious, and without a doubt has more tricks up its sleeve.

Angela Ashenden is a Principal Analyst in the Digital Workplace practice at CCS Insight, where she specializes in enterprise collaboration, employee engagement and the future of work. She is the co-author of the report, "Employee Workplace Technology Survey, 2020". 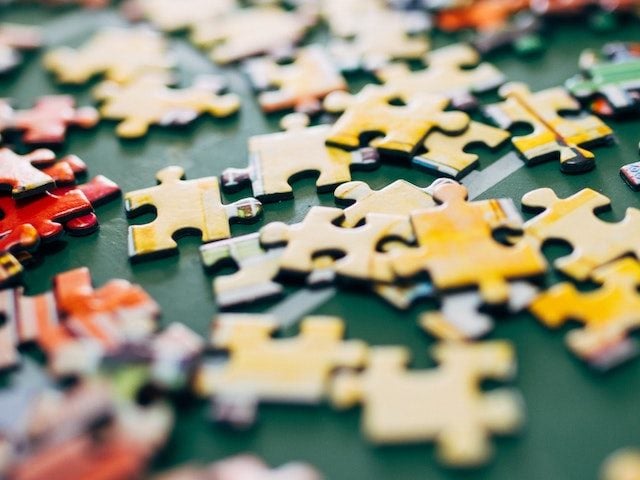 How to Make Collaboration Work in the Hybrid Workplace