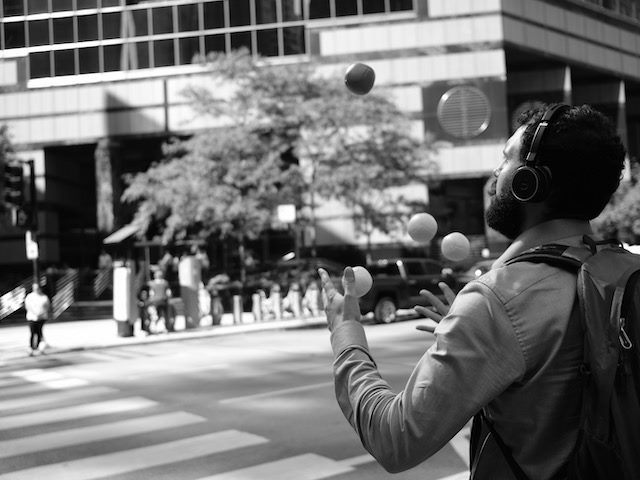 It's earnings season once again and the first of the major tech companies are starting to post their results. Normally, we leave these to the purview of investors and financial analysts to digest, but with the emergence of new work practices and hybrid models being established, it's interesting to see where the big vendors’ interests lie.

Redmond, Wash.-based Microsoft led the charge this week, announcing profits of $16.7 billion on revenues of $49.4 billion over the first three months of this year, up 8% and 18% respectively on the same period last year.

The business and productivity unit at Microsoft, which includes its cloud-based suite of Office 365 software, saw revenue grow with the help of a 34% increase in revenues from career-focused online social network LinkedIn.

This as Microsoft Cloud (server products and cloud services) revenues for the quarter were $23.4 billion, up 32% year-over-year. Azure and "other cloud services" were up 46% for the quarter. Personal Computing (Windows, Xbox, Search, Surface) all gained ground while Microsoft 365 consumer subscribers grew 16% to 58.4 million. Office 365 Commercial subscriber seat growth was up 16% year-over-year. This time last year the company claimed its Office 365 commercial paid seats hit 300 million.

Microsoft is still seeking regulatory approval for its $69 billion deal to buy video game powerhouse Activision Blizzard. Merging with Activision will according to the company make Microsoft the third-largest gaming company by revenue, behind Tencent and Sony, a major shift in the booming world of games.

In a statement, Satya Nadella, chairman and chief executive officer of Microsoft, said of the financial period just ended: “Going forward, digital technology will be the key input that powers the world’s economic output. Across the tech stack, we are expanding our opportunity and taking share as we help customers differentiate, build resilience, and do more with less.”

In simple terms, Nadella is envisioning the future as one driven by digital technologies enabling work everywhere, a goal Microsoft has been pursuing for quite some time. Obviously from Microsoft's point of view this means Microsoft 365 and Office 365 empowering workers in hybrid and remote settings as well, of course, as the physical workplace.

At the time of writing other results were not yet available, but it is a good bet that, at least in terms of cloud computing, other companys' results will also be strong. We will see how they fare in the weeks ahead.

One of the most difficult questions to answer in the digital workplace at the moment is what are the most in-demand skills for organizations. While research over the years has identified trends on an annual basis, the problem has been amplified by the number of people leaving the workplace or changing jobs in the last year.

To dig a bit deeper into this, San Jose, Calif.-based Adobe analyzed current job postings on LinkedIn to find the most requested skillsets. It then compared those findings with insights from 750 professionals hired in the last three years on their most frequently used skills.

The research focuses on the 10 most in demand careers and the most sought-after skillsets in each of those categories. While many of the positions are well known to anyone working in the digital workplace, three areas and job types stood out:

At the top of the in-demand list are jobs related to data. The most sought-after job at the moment is data specialist and people who can analyze and manage big data while finding actionable insights or trends.

Digital content creators are also in high demand as employers see them as key in the production of digital content that will attract and maintain target audiences.  Among the top job titles here are content coordinator, writing consultant and podcaster while at the same time displaying creativity, time management, proactivity, data analysis and statistics, graphic design and project management.

While other skillsets are also sought after, such as mental health specialists or educators, for the digital workplace the ability to communicate visually and verbally, work across social media platforms, mobile apps and websites are core criteria.

Keep in mind that the LinkedIn 2021 Workplace Learning Report found recent graduates secured a higher starting salary (up to 16% higher) when they listed visual communication skills on their LinkedIn Profile.

The world has changed work as we know it, and as a result, employee career paths have also changed. The goal from this study is to help people align with new job skills expectations for the job market of 2022.

Many Organizations Ignoring What's In Their Data

In a sign of why organizations may be looking for people with data skills, a recent report (registration required) form San Mateo, Calif.-based based Snowflake found many organizations are not using data to drive business decisions.

According to the survey, which was based on responses from 1,000 senior executives at mid-sized and large organizations across eight countries and five industries, data and data use remains a problem for many organizations.

Titled "How to Win in Today’s Data Economy," the report’s findings challenge perceived wisdom that most companies are already data-driven.

The research points out that despite the easy access to technologies that can dig deep into data and enable even the least technology-savvy worker to manipulate with and glean insights from data, as few as 6% are actually using those tools.

This small group of organizations are democratizing data access, using data strategically and exchanging data with other organizations and in turn outperforming their peers on business results including better revenue growth and market share.

So, what makes these data leaders so different? According to the research, it's a combination of human, process and technology factors. It cites, in particular, a company that has a C-level mandate in place to become more data-driven as well as a strong emphasis on collaborative data sharing. The research also challenges perceived wisdom that most companies are already data-driven, with findings among respondents including:

Organizations are keen to join and participate in the data economy and become leaders, but to do so the report recommends hiring a chief data officer (CDO) with real corporate power, as well as having scalable technologies and executive recognition of data's value and how to monetize it.

From Google this week comes news that the Mountain View, Calif.-based company is delaying shutting down its free version of Workspace until June 1.

However, in a recent Google Workspace blog post, Google explained that users now have until June 1 to select a paid Workspace plan, with their first bill coming due on August 1. Anyone wanting to continue with a free option will soon have to join a waiting list by June 1 to avoid payments.

Google gave no explanation for the changed date and it makes little difference to those needing to upgrade anyway. More to the point, the no-cost option that was mooted with the original announcement appears to still be available.

For those opting in for the free option, Google stated the companies will receive access to Google Drive, Google Meet, Google Search, Google Maps and YouTube. Businesses would not have the power to manage multiple users or use a custom domain name in the email address. Those who sign up before the June 1 deadline will retain access to their G Suite legacy free edition until availability opens up on the no-cost option.

The extension will give users more time to decide next steps. However, it's unlikely serious Workspace users will migrate to another untested suite or welcome the kind of disruption such a move would mean.

The company claims over 5 million developers use its platform to keep their code free of bugs and secure. The money will be used to double its sales force in 2022 and grow its marketing team across existing offices. As well as the Geneva headquarters, the company has offices in Austin, Texas and Bochum, Germany. The investment in sales and marketing will help the company expand its reach among the world’s 70 million software developers.

The company also stated it will open a new regional headquarters in Singapore, allowing the company to build its business within the APAC market.