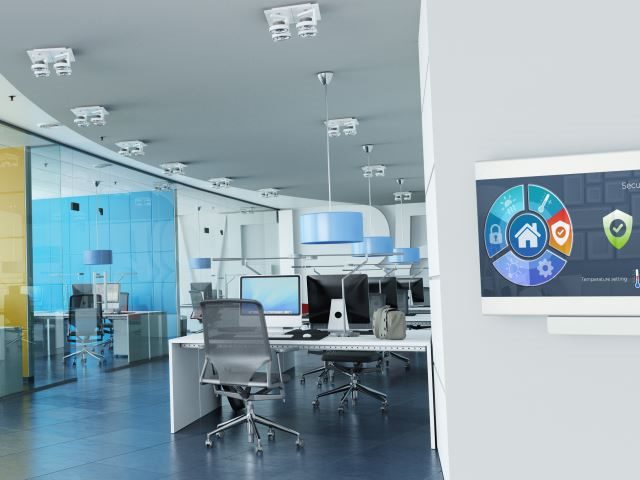 Automation Is Still Growing in the Workplace Despite Concerns

While there has been a lot of talk about automation in the workplace over the past couple of years, and even more so since last March and the emergence of the COVID-19, it has been hard to quantify how automation is impacting the digital workplace and the way people are working. Recently, Bellevue, Wash.-based Nintex published a study aimed at shedding some light on automation and what it brings to the organization.

Entitled the Nintex Workplace 2021 Study, the findings are based on a survey of 1,000 U.S.-based full-time enterprise employees working remotely in the fall who were asked to identify what needs to improve with remote work. The study covered all kinds of issues impacting on the digital workplace and digital workers, but in terms of automation the findings are striking. Overall, it showed workers are actually open to automating more tasks with more than one-third (37%) of respondents stating they could be even more productive with easy-to-use automation software. And there are other findings too:

Other research from New York City-based Robotic Process Automation specialist UiPath, commissioned last fall, complements and confirms Nintex’s findings. UniPath’s research indicates that C-Level enterprise executives and senior managers are trying ensue that their employees—even non-technical employees—have automation and AI skills, particularly as a result of business pressures due to COVID. In fact, when choosing between two similarly qualified candidates, 73% will pick the candidate with automation and AI skills even if the role does not require them. More to the point:

Related Article: What is Marketing Automation and How Does It Help Marketers?

Threat To The Labor Force?

However, not everyone is happy. A drastic shift to automation and advanced technologies has posed a severe threat to the labor force. The widespread use of the internet and self-serve kiosks and chatbots have taken over the workplace. Employees today wonder if their jobs continue to stay in the next couple of years, Caroline Lee marketing director at Singapore-based e-signature developer CocoSign, said.

Even still, she points out that automated services are becoming more advanced, such as AI-based programs like Siri, Google Voice assistant, and Alexa, which rely on voice-recognition. This pattern became quite common during the pandemic when companies opted for furloughs and layoffs to cut down their cost.

AI is being used to run email campaigns and personalize them based on the data collected from contacts. With the advancement of technology, the companies have automated most of their business processes such as advertising and marketing, hiring and training of employees, etc. The trend is quite visible in the food chain industry where self-order kiosks are implemented, and they no longer require management.

And for those that are concerned about the perceived threat of e-signatures? “If you see automation as a threat, it’s high time you set on the ball and continually use automation to your advantage, learning new skills to become more competitive in the marketplace,” she added.

Not a Means To an End

Alexis Sheehy is the director of growth for digital media advertising agency MediaCrossing. He says that to counter the negative perception of automation, it helps to frame automation as a tool, rather than a means to an end in business. The digital marketing industry has transformed in the past 15-20 months in part due to the increasing ease of use through machine learning and automation.

More to the point it is also likely that automation will create certain kinds of new jobs. “We will see new jobs created because of this tool. We will need humans to oversee and implement the automation tactics,” she said. “Automation will simply be guiding managers in the right direction, however, as we've seen with the past several months, unpredictable circumstances in the marketplace will require uniquely human responses.”

Automation in the Future

Automation has already begun under the moniker of digitalization. With digitized processes less people are needed for certain roles. Essentially this is the automation of processes, one that is reducing the need for human interaction. “We have been paving the workforce for automation for a while now. To avoid a nationwide panic children need to be prepared for different types of career possibilities,” Brad Smith, CEO of Menlo Park, Calif.-based Responsely, told us. “They won't see these careers in their community. Programmers and critical thinkers don't wear a uniform or carry tools with them to work.”

The future of employees will be from their own home, in their own clothes, working on a computer, or highly skilled mechanical, digital, and robotic engineers, to name a few. “I only see automation a threat to the traditional workforce if measures aren't taken to ensure the next generation is educated to take on these highly skilled roles,” he added.

In the short-term, automation is a threat in the sense that companies will automate jobs to always focus on bottom-line profitability. With the cost of labor being one of the top line items that impact profits, startups and enterprises will continue to look to reduce overhead—traditional human capital is one of the first places businesses will look to cut costs when labor can be automated, Sophie Vu, Chief Marketing Officer at Unbabel, concluded.

“Forward thinking companies, however, will also look to create new jobs that augment automation. Artificial intelligence algorithms can streamline processes, yet companies will need data scientists or research engineers to interpret the data and analytics with real-world decision making. In customer service, automation in the form of bots and AI-driven automation will dramatically shift how businesses resolve customer service issues.

“However, humans are needed to personalize and localize the content so it’s as accurate as possible,” she said. “Progressive organizations will deploy new job roles that provide this element of personalization and ensure every customer experience is unique and special in addition to benefiting from the speed of automation.” Automation has been evolving since the Industrial Age and will continue to evolve as the Digital Age matures.