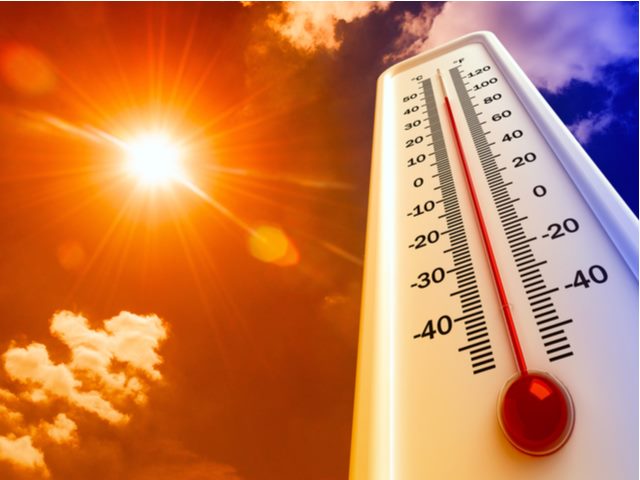 Employee engagement software is hot property right now. To a certain extent it always has been, but with millions of workers still working from home it has never been so important. There are now dozens of solutions that offer a single solution to employee engagement problems or solve one of the many issues that workplace managers are struggling with.

This year, the release of research organizations’ reports on the market is especially worth noting. And this week, Aragon Research published its Hot Vendors report for this highly contested market.

The Hot Vendors listed in the employee engagement market for 2020 are Fond, Numly and SocialChorus, so no real surprises there. What is interesting, though, is commentary. Aragon makes the case that there's been a shift to employee engagement because existing categories of talent management and human capital management are too narrowly focused. This, the report says, is about the entire lifecycle of the employee not just the tools for tracking employee progress.

The report also points out that as we move to a more flexible, remote approach to management, it can be more difficult to build relationships, create loyalty and foster engagement without face-to-face communication. This even further drives the need for employee engagement solutions.

In a statement about the research, Aragon CEO Jim Lundy explained: “Employee engagement solutions are poised to become a vital piece of the puzzle for business leaders who are struggling to adapt to the pandemic. As we enter the remote work era, it will be critical for enterprises to take advantage of tools that make employees aware of their personal development and feel recognized for their growth.”

The report offers an overview of how employee engagement is evolving and how the main vendors are responding with six key elements:

Advances in technology have made it possible to improve employee engagement. However, businesses must implement the technology that best suits their needs and then use it efficiently to see the benefits, Sébastien Ricard, founder, and CEO of LumApps said recently.

Ultimately, well implemented technology combined with organizational changes can drive a profound increase in employee engagement. This research goes some way to identifying what those technologies should be.

Anyone doubting the business value of video conferencing should look at the financial figures that have been released by Zoom for the first full quarter since the pandemic began.

The San Jose, Calif-based company, which has seen an explosion in its user figures since the pandemic began, said it made a profit of $186 million on revenue of $663.5 million in the quarter that ended on July 31. That compares with a net income of $5.5 million in the same quarter a year earlier. Financial growth is being driven by customer growth. Some additional figures:

However, it is not all about Zoom. Evercore ISI analyst Kirk Materne, cited in Barron’s, said Microsoft Teams has not even got going yet. “While it is still early days in terms of customers fully understanding the power of the Teams platform, in a few years, we expect Teams could be to the broader [Productivity and Business Processes] business unit what Azure is to the Intelligent Cloud business unit today,” he said.

He also believes there is an opportunity for Teams to take market share from companies with more narrowly focused offerings in communications.

Slack, for its part, is expected to report earnings next week up nearly 44% on the same quarter last year, also driven by higher numbers during the pandemic and, of course, constant development of the platform.

Video conferencing as a method of working, learning and communicating is not just a fad, Zoom CFO Kelly Steckelberg told Bloomberg Markets Tuesday, after it reported its results. "[It's] extremely sustainable and will be part of our lives forever," she said. Who comes out tops in this market, however, is far from clear.

What Microsoft Is Adding to Yammer

Sticking with Microsoft, Yammer has been getting a lot of attention recently. Since the introduction of Microsoft Teams in 2017, questions about the future of Microsoft-owned Yammer have lingered for those enterprises that adopted both.

However, not everyone is happy. One of the new features on the way towards the end of the year is that system admins will be able to post on behalf of other users.

In a Twitter post, John Moore, a lead technology architect specializing in the Microsoft 365 platform and its capabilities, questioned whether this was a good idea or not.

Oh crap #microsoft why?! Why even bother helping people through adoption, change, support and using this platform for our voices? Such a bad idea. 👇 https://t.co/1vM0L2m6Op

If the thread is an accurate indicator, many people are of the same opinion even if some are non-committal.

According to TheWindowsClub, the impersonation feature in Yammer has been in discussion since 2017 but Yammer was not able to decide whether it wanted to build it.

As Yammer’s integration with Office 365 expands and, as of the last update, Yammer was able to post directly in SharePoint Online and Microsoft Teams. It is not clear whether this means ‘impersonators’ will also be able to do this.This is not due until the fourth quarter 2020 but it seems likely that we will be hearing more about it before then.

Elsewhere the Sept. 15 deadline for the closure of the TikTok deal is fast approaching and things are getting complicated. According to reports in the financial press, the deal has hit a stalemate over the algorithm that drives the Chinese social media’s For You page.

This algorithm, the most valuable asset the company has, has become intensely politicized. According to reports, the Chinese government stepped in last week and added personalized content recommendation algorithms to its list of export-controlled items. In short,  this means that the deal goes ahead, it must get the approval of the Chinese government and that is not going to be easy.

It also means that Microsoft may have to withdraw from the negotiations. US President Donald Trump has said that the deal should close by Sept. 15th while Microsoft has said it will either finalize or drop the deal by that date, too.

And its not just Microsoft that is implicated. Oracle and Triller have put in bids to purchase TikTok’s operations in the US, Canada, Australia and New Zealand (roughly 30 percent of worldwide users) to allay the concerns.

President Trump’s public statements continue to make things harder rather than easier. Speaking to reporters on Tuesday, he seemed to disregard the Nov.12 deadline set by his executive order and emphasized the legally dicey idea that the US Treasury should receive payment as part of the deal.

And this is just over the past week. With more than a week to go it is certain that there will be a lot more developments. Whether there is an agreement or not by mid-September is not clear.

Finally, this week, San Francisco-based DocuSign and Menlo Park, Calif.-based Workplace from Facebook have announced a new integration that will integrate e-signature workflows into chat and other elements of the platform.

DocuSign is focused on its Agreement Cloud amid major digital transformation efforts as millions of people continue to work form home. The integration will see DocuSign use a chatbot that is built into Workplace for quick access to the DocuSign eSignature app with a click. The result is that workers will be able to:

The companies say that human resources will be a key target market for the integration since enterprises are increasingly onboarding employees remotely.