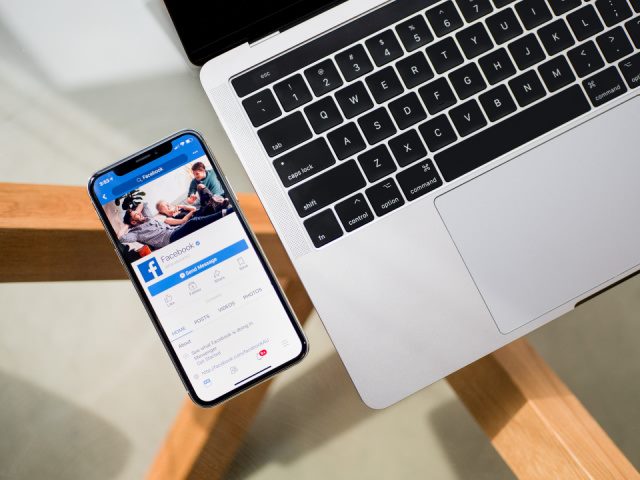 Over the past couple of weeks, we have been looking at some of the financial results of some of the big tech companies. Some of what has emerged has been striking. In the case of Microsoft, for example, the fact that it now has 220 million daily active users.

The figures from Meta, which were released during the week, are also interesting but the news for the Facebook parent was not so good. In its Q4 earnings, which resulted in a 26% plunge in its share price, it seems that Facebook itself – that is the social network – is no longer attracting new users.

The stock plunge has more to do with things likes Apple’s iOS privacy changes hitting ad revenues. In an investors' call Mark Zuckerberg explained that Apple's App Tracking Transparency feature, or ATT, will cut $10 billion out of Meta's earnings in 2022. The fact that traffic has slowed just as Facebook jumped into the metaverse and rebranded itself Meta, must have had an impact as well.

Meta Chief Financial Officer Dave Wehner on Wednesday told financial analysts part of the usage decrease for the main Facebook app and website came from fewer COVID-19 lockdowns, which have tended to generate a boom in online activity.

For his part, CEO Mark Zuckerberg said that competition from rival TikTok, whose short-form video product is more popular than Meta's, has hit its Reels product. "We face a competitor in TikTok that is a lot bigger, so it will take a while to compound and catch up there," Zuckerberg said on the call.

It wasn’t all bad, though. Instagram, WhatsApp and Messenger all added users, albeit modestly, while the number of users logging in each month to Facebook continued to grow.

The modest drop should not really be a surprise. There must be a point for every network where that network is saturated and it is impossible to attract any more users. The fall-off comes in the same quarter that Facebook rebranded to become Meta. This wasn’t just a change of name, either. Zuckerberg made it clear that he sees the future of Meta in the metaverse.

Elsewhere, San Diego, Calif.-based Teradata just announced it is extending its existing partnership with Microsoft to integrate the Teradata Vantage data platform and Microsoft Azure. Given that data is the fuel that drives the digital workplace, this announcement should make it easier for enterprises to enable apps and platforms, especially in emerging technologies that are driven by high volumes of data.

The extended partnership is specifically designed to help companies that are looking to improve their data analytics workloads with security, reliability and elasticity, even on a massive scale. Teradata Vantage on Azure is already heavily integrated with the Azure ecosystem, including more than 60 Azure data services. It also integrates with Microsoft Power BI, Microsoft Azure Synapse Analytics, to provide:

Teradata been building steadily from the explosion in cloud use. With data now at a premium these kinds of partnerships will become increasingly important for enterprises who are looking to build and exploit the massive data resources they already have.

Meanwhile, Microsoft continues to make Teams a better offering for enterprises with two significant upgrades in the past week, notably external communication and the new Front Row feature for meetings in Teams.

Recently, Microsoft announced that it would enable users to connect with people outside the organization, even if they are using a personal account, without switching tenancies. According to a blog post by Microsoft's Noga Ronen, these personal accounts are frequently used by small and medium-size businesses and therefore this new capability can help strengthen relationships with external partners.

Moreover, it is easy to do. Previously announced at Ignite last fall, users will be able invite any Teams user to chat by entering the full email address or phone number they want to reach and start a one-to-one or group chat with anyone with a Microsoft personal account. Organizations can send 10 invitations to external parties, but if they are not accepted, such messaging gets blocked. It is also possible for external callers with personal Teams accounts to call organizational Teams users. Invitations from external callers to connect can be declined, though.

However, it is not a free for all. Microsoft Teams is built on the Microsoft 365 and Office 365 enterprise-grade cloud, which provides security and compliance capabilities that extend across the Microsoft environment. This gives administrators considerable control over functionality. It also ensures that users know when they are chatting with people from other organizations.

There is one other noteworthy addition to Teams this week which will make it easier to hold hybrid meetings or meetings with on-site and virtual participants. The new "Front Row" for Microsoft Teams Rooms is a new meeting layout that moves the video gallery to the bottom of the screen so in-room participants can see remote colleagues face-to-face across a horizontal plane, as if they are in the same room. It also brings relevant meeting content, like chat and a rostered view of raised hands, to the forefront so they can participate fully no matter where they sit.

Front Row is now available for all Teams Rooms on Windows, single and dual display modes, with enhanced features to follow later this year.

These may be relatively small incremental improvements, but they are significant. Microsoft has been building Teams to resemble the physical workplace as much as it possibly can. As it is now clear that many enterprises will be forced to build hybrid workplaces in the future with remote and onsite workers a permanent feature of everyday work life, features like these are really going to sell Teams to users and improve employee engagement in the workplace.

There some more rebranding this week along with new product additions, this time form Boston-based LogMeIn. Moving forward, the company will be known as GoTo.

They are also simplifying the product portfolio with a single application and two flagship products: the new IT management and support product, GoTo Resolve, and a new experience for the unified-communications-as-a-service (UCaaS) product, GoTo Connect.

While serving distinct but complementary IT needs, the two products, GoTo Connect and GoTo Resolve, are linked by a common application, unified administrative system, and converging user experiences to simplify day-to-day operations for IT teams.

Finally, this week, LumApps, which develops an employee experience platform, announced it has signed an agreement to acquire HeyAxel, a no-code HR automation and employee onboarding solution.

According to the Austin-based company, the HeyAxel solution will be integrated with LumApps' Employee Experience Platform. The integration of the two products and teams will accelerate LumApps' employee journey roadmap with an additional team of experts plus an adaptable, omnichannel orchestration engine, broadcast capabilities, quizzes, surveys and HeyAxel's out-of-the-box journey builder.

News of the acquisition follows the announcement that LumApps, has marked its sixth consecutive year of revenue growth in FY2021, and is expanding its executive leadership to build on the growing trend by enterprises to build hybrid workplaces. According to the company, growth has been driven by its ability to attract new customers in the US, significant license expansions among existing customers in Europe, and the diversification of its solution portfolio with LumApps Play, following its acquisition of Novastream in 2021.

Over the coming year, the company will further diversify its product offerings through its own R&D efforts and through additional acquisitions. The company also plans to continue to scale its R&D investment at 45% of revenue.