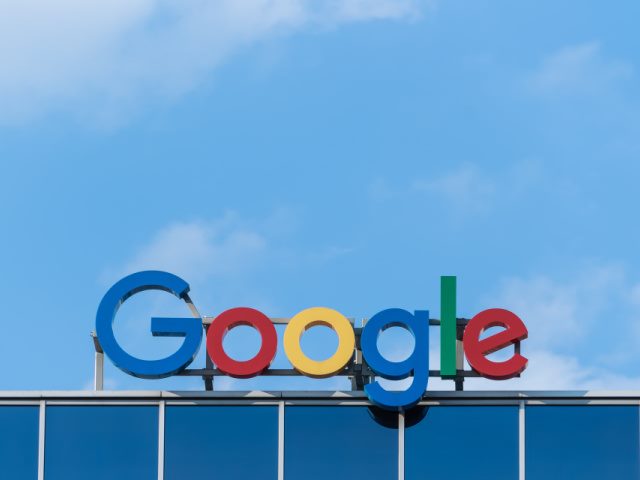 Last month Google announced that it was going to close down its legacy free G Suite accounts. More to the point, it said users will have to transition to Workspace and start paying for it starting in July.

There was, as might be expected, a massive outcry which pushed Google to announce the launch of Google Workspace Essentials Starter. The new offering is a no-cost solution for business users looking to enhance teamwork with secure-by-design collaboration.

In practical terms, this means an offering that comes with Google Drive, Docs, Sheets, and Slides, as well as Chat (with Spaces) and Meet (calls up to 100 people and 60 minutes long) for communication for those companies that sign up. It also comes with 15 GB of storage, which is not a lot.

The biggest thing missing is of course Gmail, with Google positioning this offering as an upgrade for companies that have a legacy system in place. The announcement comes 10 years after Google stopped offering free G Suite accounts, which allows enterprises to host Google accounts on custom domains.

In a blog post about the release, Google pointed out that companies that sign up won’t need a new email address, file conversions, new plug-ins or desktop software. All of the tools in Essentials Starter will work within existing environments in much the same way legacy G Suite does today. It also operates on Google's cloud foundation so comes with encrypted and secure access to files.

The biggest problem for users when the original announcement was made was that suppressing the legacy offerings would make it difficult to migrate existing G Suite accounts to personal Gmail accounts. This would have made the transfer of data extremely difficult, as would migrating other associated digital properties, the most obvious one being YouTube.

This news is not exactly going to rock the enterprise. However, if Google had carried out its initial plan it would have been a serious blow to small enterprises and even individual departments bigger businesses. But it was to be expected after Google made a major play with Workspace as a key part of its productivity offerings. It couldn’t really keep offering it for free. Essentials is a good compromise position, and should counter some of the bad publicity the original announcement generated.

If you were ever concerned that your boss was watching you on the enterprise social network, then you might just be onto something. In the case of Teams, the existing monitoring is more than just a feature for thin-skinned enterprise leaders, but a far more important aspect of the digital workplace, notably compliance.

"This feature will reduce the detection to investigation time to under an hour, allowing your organization to respond promptly to policy violations," the entry reads. "The alert will be reviewed by a policy investigator, who is explicitly granted permission to review policy alerts by the Communication Compliance admin role.”

Communication compliance helps organizations detect code of conduct and regulatory compliance violations, such as harassing or threatening language, sharing of adult content, and inappropriate sharing of sensitive information. To balance user privacy with compliance, usernames are pseudonymized by default, role-based access controls are built in, investigators will have to be explicitly opted in by an admin, and audit logs will be in place to ensure user-level privacy.

The sharing of sensitive data is a major stumbling block for many enterprises. If you don’t believe that, you only have to turn back to the IBM Cost of Data Breach report 2021. It identified three major issues with data breaches, and pointed out that companies experienced the highest average cost in 17 years in 2021. According to the report:

It may be that social networks, Microsoft Teams included, are not directly responsible for this, but because sharing data inside and outside the company is so easy with these networks, monitoring them must surely be a major concern for enterprise leaders.

Before leaving the topic of Microsoft and security, it's worth noting that there are reports going the rounds that Microsoft is in talks to buy Mandiant.

Mandiant is a publicly traded American cybersecurity firm that grabbed the spotlight in February 2013 when it released a report directly implicating China in cyber espionage. On December 2013, Mandiant was acquired by FireEye in a stock and cash deal worth in excess of $1 billion.

However, the story didn’t end there. Last fall, FireEye changed its corporate name and relaunched as Mandiant. The company also sold its products business, including the FireEye brand, for $1.2 billion. A consortium led by Symphony Technology Group (STG) bought it. FireEye said at the time that the transaction separated the company's network, email, endpoint and cloud security products from Mandiant's software and services.

Then, earlier this week, according to reports from stock market watcher SeekingAlpha, which in turn cited sources “familiar with the discussions,” Microsoft may look to acquire the cybersecurity research company to bolster its products and help protect customers from hacks and breaches.

Apart from enterprise technology designed to enable all kinds of workplaces, security is one of the top buys in technology at the moment. And Mandiant does security. It provides incident response and general security consulting along with incident management products to major global organizations, governments, and Fortune 100 companies.

The company's track record is impressive. In December 2020, Mandiant revealed and investigated the Solar Winds incident, the largest supply chain attack on US government infrastructure ever recorded. In May 2021, Mandiant was contracted to assist in the response to a significant ransomware incident impacting Colonial Pipeline, a fuel pipeline operator that supplies close to half of the gasoline, diesel and other fuels to the East Coast.

Mandiant is right at the heart of the enterprise and the workplace, so its value for Microsoft is clear. And Microsoft has the the resources to pull off a deal, too. What remains to be seen is whether it actually goes through and if Mandiant doesn’t go with Microsoft, where it will go.

If a buy goes through, it will be Microsoft’s second acquisition in the new year after announcing the acquisition of video gaming giant Activision Blizzard in a $68.7 billion deal.

Elsewhere, San Francisco-based Dialpad, which develops AI-powered communication and collaboration solutions for businesses of all sizes, has announced an expanded go-to-market partnership with Google Cloud.

According to a 2020 report from Goldman Sachs, roughly 80% of 450 million global enterprise telephony seats are still on premise. As a result of this dependency on legacy platforms, coupled with the rise in usage of cloud-based video conferencing and messaging applications, the employee user experience is often a disparate collection of siloed communication tools. In response, businesses are moving toward consolidation on one or two platforms.

Finally, this week, Redwood City, Calif-based, Box recently announced the general availability of an enhanced Box for Microsoft Teams integration that enables customers to select Box as the default cloud content management solution in the Teams environment. It slipped under the radar at the end of January, but it's still worth a look.

Included in the release, according to Box, are new features that further improve the Box experience in Microsoft Teams. The integration enables joint Box and Teams users to embed the core Box experience directly inside Teams so they can access, share and secure content in Box while communicating and collaborating across Teams. The integration also provides admins with granular controls at the organizational level to streamline the deployment of Box within Teams and simplify user adoption.

Box and Microsoft have been working together quite closely for the last couple years on integrations across Office, Teams, management solutions and more.  In addition to integrating with Teams, Box works frictionlessly across the Microsoft 365 portfolio. Box and Microsoft users can streamline collaboration by accessing Box files directly within the Office app, while Outlook users can eliminate the complexity associated with attachments by converting them to Box links and maintaining version control.