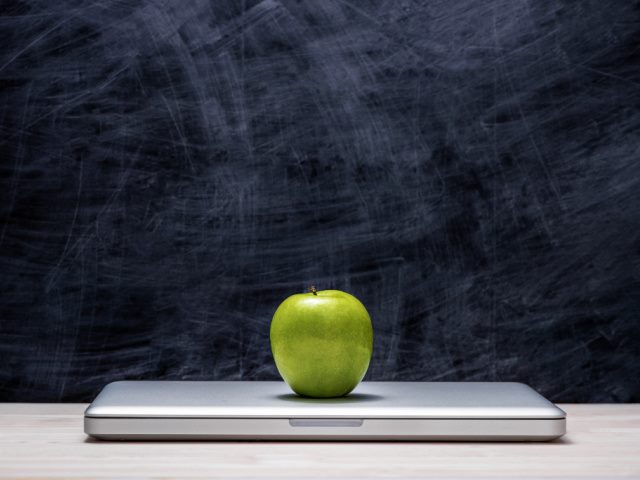 Workforce education is big business. $3.75 billion big, to be precise. That's how much Guild Education, an upskilling platform that aims to extend educational opportunities to the entire workforce, is valued at following its latest funding round.

Guild's platform connects employees in employer-sponsored education programs with participating colleges, universities and education partners. The company plans to use the cash to double the size of its product team, grow its team of coaches, and expand its learning marketplaces with more bootcamps and short-term certificate opportunities in areas like cybersecurity, data analytics and healthcare.

“American workers are currently in a buyer’s market when it comes to choosing where to work, as more and more ‘help wanted’ signs go up in the post-COVID recovery," said Rachel Carlson, Guild CEO and co-founder in a press release statement. "But they also face a ticking clock — many of those frontline jobs face major disruption and automation in the next 5-10 years, and the war for talent is accelerating the adoption of automation technology. Those workers want and need to see upskilling opportunities and a career path as a part of any job they take."

Three million cashiers will be out of work, 2.5 million women will have dropped out of work and 3 million Baby Boomers will leave the workforce before retirement age because of lack of skills, Carlson told TechCrunch. Disadvantaged populations, low-income students and rural communities are being left behind as automation accelerates the pace of business and disrupts the skills needed to succeed.

“I’m really worried that America needs to wake up to the problem,” she told TechCrunch.

In other education technology news, Pluralsight, Inc., a Utah-based provider of education for technical and creative professionals, announced that it will acquire A Cloud Guru, an Australia-based cloud skills development platform, for $2 billion, making it one of the largest deals ever for an Australian tech company. The acquisition is expected to close later this year, and follows Vista Equity Partners' recent acquisition of Pluralsight.

"Technology is the number one differentiator for all businesses and the technology skills of your team is what determines success or failure. Nowhere is that more apparent than with cloud technologies," said Aaron Skonnard, Co-founder and CEO of Pluralsight in a press statement. "To meet the needs of our customers and best support their cloud transformations, we are determined to deliver the most comprehensive solution for driving cloud maturity at scale."

The plan is to combine A Cloud Guru's certification courses and labs and sandboxes with Pluralsight's cloud courses and learning technology.

According to The Australian Financial Review, ever since Sam and Ryan Kroonenburg founded A Cloud Guru in 2015, it has been one of the most closely watched Australian start-ups, with a mainly U.S. and overseas customer base for its online cloud computing training programs.

In other Australian tech news, Pyn, a Sydney-based specialist in employee communications, engagement and training, closed an $8 million funding round.

The company estimates that 60% of corporate communications goes unread and that 80% of employees don't get much value from the company's communications. That's a problem as companies experiment with working models that combine remote work and office time. Pyn aims to help companies stay more engaged with employees through personalized communications and just-in-time messaging.

The round was led by venture capital giant Andreessen Horowitz, and included investments from BambooHR co-founder Ryan Sanders, Accel Partners and Skip Capital. The company has raised $10.2 million since its founding in 2019.

"Our firm is investing heavily in tools that help build high performing hybrid organizations," said David Ulevich, partner at Andreessen Horowitz in a statement on Pyn's blog. "We'll see more distributed tech hubs all around the world. All you need is a laptop, and you can be anywhere."

Pyn’s platform — which integrates with business solutions like BambooHR and Workday — helps companies with personalized internal communication and guidance to employees regarding things like onboarding, promotions and reviews. The company is hiring for roles in engineering, content, customer service and marketing.

In recognition of its upcoming first birthday, mmhmm, a video presentation platform created by California-based product studio All Turtles, launched a preview of several new features and mused upon the last year in a recent blog post.

And now that its a year older, and (presumably) a year wiser, mmhmm is prepping mmhmm Chunky 2.0. The blog post explains: “In our latest update, mmhmm 2.0 Chunky divides your video into 'chunks,' expanding your recording capability within those chunks so you don’t have to do a continuous long take. Each moment can be designed, streamlined and performed to your exact standards so that you can present the ideal performance every single time.”

Israel-based SAM Seamless Network, a cybersecurity company that specializes in network and IoT device security for both consumers and small and medium-sized businesses, raised a $20 million Series B as it prepares for the dual threat of an expanding network attack surface and the coming of 5G.

The new round was led by BlackBerry and Verizon Ventures. Blumberg Capital, Intel Capital, ADT and NightDragon also invested. SAM has raised a $34 million since its founding in 2016.

SAM’s market has grown quickly in the last year as people were forced to work from home due to the pandemic, and bad actors have launched more attacks on growing, unsecured networks, CEO Sivan Rauscher told Crunchbase News.

The company plans on using the new money to continue growing the company’s mobile edge computing business in an effort to leverage its technology to work with 5G networks operating closer to end devices.

Munich, Germany-based Celonis announced an eye-popping $1 billion Series D round. Yes, that's billion with a B.

The round, led by new backers Durable Capital Partners and T. Rowe Price Associates, follows a $290 million November 2019 Series C round and pushes the software maker to "decacorn" status with a valuation of $11 billion.

The company also announced it hired Carlos Kirjner as CFO. He joins from Google, where he led finance for the tech firm's advertising business and other products.

Celonis software identifies how work gets done and how data flows inside the organization and suggests ways to make it more efficient. This process of removing "friction" from work is known as business process mining or process automation.

Microsoft acquired firmware security startup ReFirm Labs to boost its security capabilities and protect devices operating in the Internet of Things and on the intelligent edge.

“Microsoft believes that firmware is not a future threat, but an imperative to secure now as more devices flood the market and expand the available attack surface. We are committed to helping customers protect from these sophisticated threats now and in the future, which is why we’re announcing that we have acquired ReFirm Labs,” said David Weston, Microsoft director of enterprise and operating system security, in a blog post.

According to a Microsoft report, 83 percent of 1,000 security decision-makers surveyed reported some level of firmware security incidents and only 29 percent are allocating resources to protect firmware where sensitive information like credentials and encryption keys are stored.

Microsoft has pledged to invest $5 billion in IoT by 2022 and has been bolstering IoT security in multiple areas, including Azure Defender for IoT, Azure Sentinel and devices such as Secured-core and Azure Sphere, according to a VentureBeat report.

The acquisition of ReFirm Labs, with its expertise in firmware security and its firmware platform to analyze and detect security issues, is “a culmination of that [IoT] strategy” and will enhance the company’s “chip-to-cloud protection” capabilities, Weston told VentureBeat.