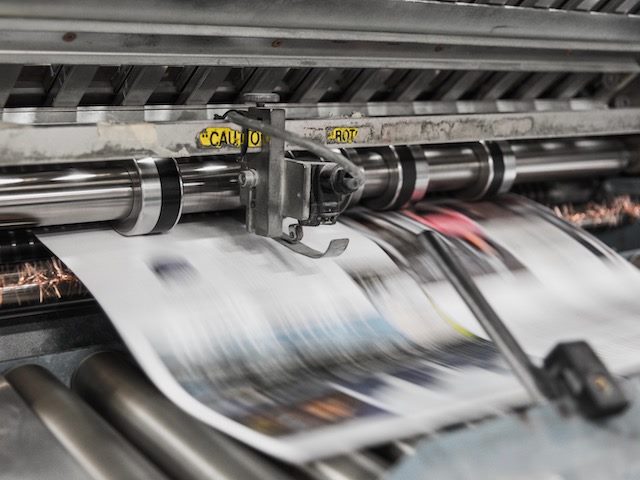 According to a McKinsey survey, the pandemic and its coming aftermath have incentivized companies globally to accelerate their digitization initiatives by three to four years and their digitally enabled products by seven years. Mendix 9 puts tools in the hands of professional developers, while also enabling more capabilities to citizen developers.

“Mendix 9 is a significant and important leap for Mendix and Siemens,” said Mendix CEO Derek Roos in a press statement. “We continue to push the envelope not just for enterprise-grade low-code, but for enterprise digitalization overall, regardless of platform. Providing a comprehensive platform for intelligent process automation, democratizing access to data resources, applying AI to development — these are the capabilities that enterprises need to address their mandate for rapid development of digital capabilities.”

Zoom Adds a New Immersive View to Its Videoconferencing Offering

As more companies are adopting a remote-first or hybrid workplace model, virtual workspace tools are adapting to meet these needs as they continue to evolve. One of the latest examples comes in the form of a new Zoom feature called “Immersive View” that allows virtual meetings to have a more in-person feel according to its recent blog post. How exactly is this accomplished?

Basically, video call hosts can use Immersive View to organize members — anybody from workers to specialists — in a solitary virtual climate. This differs from the standard of showing members in a grid arrangement with every individual's background visible. Immersive View contains up to 25 members, and they can appear in various settings, including a meeting room, assembly hall or classroom, contingent upon the occasion. Hosts can physically move individuals around on the screen or let Zoom do it by default.

This new Zoom feature was originally announced back in October, shortly after Microsoft announced Teams Together Mode. While a growing number of startups have led the charge in adopting remote-first mindsets, the transition for larger companies has been rife with challenges, largely due to the fact that there are often hundreds of thousands of workers spread across multiple regions and time zones. Nonetheless, major businesses — including Salesforce, Microsoft, Shopify, VMware, Dropbox and Fujitsu — have already confirmed a permanent shift to a remote-first or hybrid working policy. But improved and more adaptable virtual collaboration tools will be vital to the long-term success of these workplace models.

Thoma Bravo Buys Proofpoint for $12.3B

Under the provisions of the arrangement, Proofpoint investors will get $176 per share in cash, a premium of roughly 34% over Proofpoint's share price on April 23, 2021. The public company will become private as part of the deal. Proofpoint will mark the 80th acquisition by Thoma Bravo, acquisitions which include content management provider Hyland, enterprise content management provider Kofax, cybersecurity firm McAfee and process automation vendor Nintex.

The acquisition follows a banner year for the cybersecurity firm, which reported over $1 billion in revenue in 2020 driven in part over increased security concerns.

"We believe that as a private company, we can be even more agile with greater flexibility to continue investing in innovation, building on our leadership position and staying ahead of threat actors. Thoma Bravo is an experienced software investor, providing capital and strategic support to technology organizations, and our partnership will accelerate Proofpoint’s growth and scale at an even faster pace,” said Proofpoint chairman and CEO Gary Steele in a company statement.

The transaction is expected to close in the third quarter 2021, subject to customary closing conditions.

Automox closed a $110 million Series C funding round last week, bringing its total funding to over $152 million since its founding in 2016. Insight Partners led the funding round, with participation by Blackstone and existing financial backers Koch Disruptive Technologies and TechOperators.

Automox provides a cloud-native platform for IT to monitor and repair endpoints from a centralized location — a task that became even more challenging under the work from home period. “This new funding will accelerate our ability to deliver greater breadth of capabilities in the platform as we continue to help enterprise customers shift away from a disparate collection of on-premises management tools, towards managing their entire infrastructure from the IT Operations Cloud,” said CEO Jay Prassl in a company statement.

Alongside the funding announcement, the company also shared that former CrowdStrike CTO Dmitri Alperovitch will now become Chair of its board.

The tool assigns a communications team a maturity score based on the Staffbase Internal Communications Strategy Model, an amalgamation of success factors from over 1000 communications teams as well as industry research and data. It then provides additional advice on how to improve communications, including recommended concrete steps to improve overall business results. The tool is available for free on Staffbase's website.

On April 28, Salesforce announced the launch of Salesforce Learning Paths, a new learning technology which integrates personalized learning content directly in Salesforce, allowing employees to learn within the context of any given task. Through this approach, employees can work and learn in a single environment, with access to Trailhead, MyTrailhead and external learning sources. Management can monitor and assign learning resources at an individual, role, team, or for the entire organization.

The announcement also introduced Learning Home in Salesforce, an individualized dashboard where employees can view assignments, track progress and discover new learning paths. According to the Salesforce announcement, eighty percent of employees find it easier to retain information they learn on the job, compared to siloed training. They’re also more productive (68%), more engaged in their work (70%), and more likely to stay at their job (60%) when their companies invest in continuous learning.