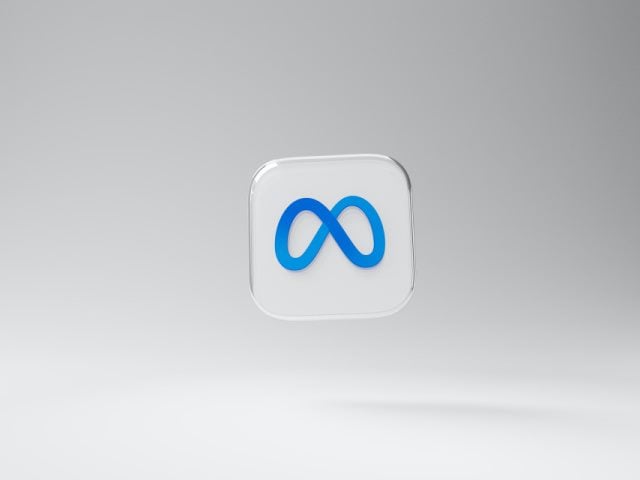 Mark Zuckerberg has been vocal about his ambitions for Meta since he rebranded Facebook and pushed the company into the unknown territory of the metaverse. The announcement generated momentum in the enterprise technology space that is dragging a lot of other companies along with it as they race to take a piece of the metaverse action.

On Wednesday, Zuckerberg pumped the metaverse volume up again at an online event at which he explained that the goal of Meta now is to bring artificial intelligence to a level that matches that of a human, something he believes is necessary for effective metaverses.

"In the metaverse, we'll need AI to help people navigate between the virtual world and the physical world, and because these virtual worlds will be changing constantly, AI needs to understand context and learn like humans do," Zuckerberg said at "Inside the Lab: Building for the Metaverse With AI," a virtual event streamed on streamed on Facebook Live.

Project CAIRaoke, which he unveiled at the event, is an effort to get AI to a "human level" of intelligence where it's capable of learning, predicting and acting on its own. Project CAIRaoke is many things, but it's primarily a model for using conversational AI to interact with the systems people use today. Meta is already using it in its Portal product, and Zuckerberg demonstrated how users will be able to create a virtual world using the conversational AI tool Builder Bot, giving verbal instructions to the bot to create a beach scene complete with palm trees, tropical music and his very own own virtual hydrofoil.

Meta is investing heavily in machine learning technology to power these kinds of interactions, and the company said it had started to implement self-supervised learning, a tool that allows AI models to recognize patterns on its own. It also aims to improve Meta's language capabilities.

At the event, Zuckerberg announced two separate projects: No Language Left Behind, an AI-based translating system for the internet that is expected to learn every language without using English as a translation base; and Universal Speech Translator, a tool to translate information and conversation into any language in augmented reality environments.

While all this will have a major use case in the enterprise when it finally emerges, it is still a long way off. And it's not clear what role humans will have in the development of this kind of AI and whether it is possible, or even wise, to leave AI to its own devices.

Meta is not the only company working on the technology that will enable the metaverse. Hewlett Packard Enterprise (HPE) has been working away in the background to develop a 5G offering that will enable the use of the massive amounts of data needed to make such environments work.

The bottom line is HPE is bringing together cellular and Wi-Fi for private networking in enterprise, industrial and public sector use cases. Pre-integrated with radio access capabilities from the major vendors in the space, the private 5G solution can be deployed quickly, flexibly and as a service with HPE GreenLake.

GreenLake is an as-a-service, or XaaS (anything-as-a-service), offering that brings cloud-like flexibility to data centers and other locations, such as satellite and remote offices. When customers sign up for GreenLake, HPE delivers a preconfigured system that includes the hardware and software necessary to get up and running almost immediately.

This is all being driven by the need for low latency, increased capacity and better security across enterprises and organizations. But why bother with Wi-Fi if you have 5G? Although 5G far surpasses Wi-Fi in terms of wide area coverage, Wi-Fi has the edge when it comes to cost effective, indoor connectivity. With private 5G technology from HPE, customers will, in theory, be able to work seamlessly across both private 5G and Wi-Fi.

HPE's GreenLake is based on the HPE 5G Core Stack, an open, cloud-native and container-based network solution. The Core Stack, according to HPE, has been upgraded for new capabilities such as modular operation and automation, an enterprise self-service portal, agile configuration and change management.

The private 5G market is developing quickly and features new market entrants, such as hyperscale cloud providers. Telecoms operators are looking for simple ways to deploy private 5G networks in order to meet growing customer expectations for the connected edge.

Asana Flow is a suite of new features powered by the Asana Work Graph data model and built to drive coordination for individuals, teams and organizations. The idea behind the features is to give work teams the ability to build processes from start to finish, show individual workers how their tasks fit into the overall workflow, and give project leaders insights to optimize workflows.

Unlike project planning tools, which define the steps to complete a project, workflow tools help move work in a logical way. So instead of simply assigning tasks, a project manager can create a reusable workflow that includes all of the steps, data and tools to complete and approve a project, said Alex Hood, chief product officer at Asana.

One of the interesting additions is the new Workflow Builder that provides a point-and-click tool that visualizes and builds automated workflow with no coding required. With it, users can also streamline tasks and communicate with teammates by adding common digital workplace apps like Slack, Adobe Creative Cloud, Salesforce, Zoom and others.

Asana also announced it is expanding its Asana Partners network with Miro and Jotform, and that it will be releasing App Components in the coming months which will effectively give developers an easier and faster way to integrate new tools directly within the Asana UI.

To accompany this, it has added a number of templates built in collaboration with organizations across the globe. Instead of starting from scratch, workers can now use the workflows in the redesigned Template Library to kickstart projects and scale practices across the organization.

There are other new elements that are worth a look, including Home or Workflow Reporting, all of which will enable cross-team collaboration and are the logical extension of the Work Graph upon which Asana has been built.

Overall, SAP Process Automation offers a simple drag-and-drop user interface so citizen developers can take advantage of end-to-end automation capabilities, which draw on workflow management and embedded robotic process automation (RPA) functionality. It is available as a preview for a select customers. These types of low-code and no-code applications have been growing as organizations look to overcome technical skills gaps and enable greater digital transformation.

It also has AI-based enhancements to existing automation applications:

The combination was driven in large part by customers asking SAP to help them integrate automation into workflow tasks.

Finally, this week, Philadelphia-based dbt Labs, a specialist in data transformation, announced a $222 million Series D funding round led by investor Altimeter with participation from a suite of other firms, including Databricks and Snowflake. The funding round values the company at $4.2 billion.

According to the company, the demand for dbt has been driven by the industry-wide shift to cloud-based data platforms. With dbt, anyone that works with SQL can take raw data stored in cloud-based data platforms and transform it into clean data sets for end users like analysts or business users. The aim is to dramatically increase the productivity and speed of data teams. The new round of funding will allow dbt Labs to build the next layer in the modern data stack, the company said.