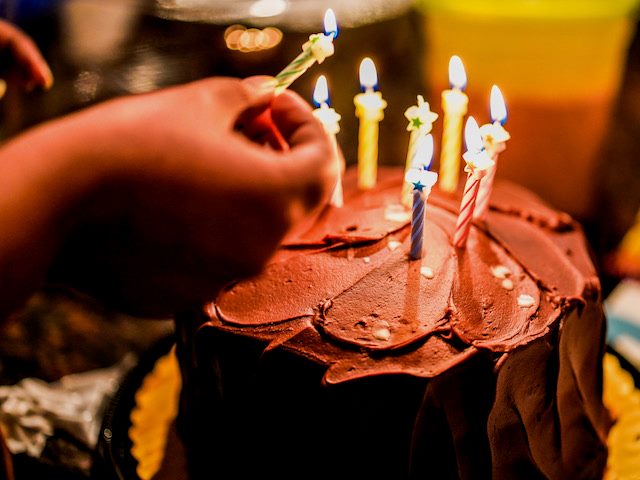 It's hard to picture the digital workplace of five years ago. Think about it: COVID-19 didn't exist and remote work was still considered a luxury. When Microsoft released Teams as a workplace communication tool on March 14, 2017, it was into that context. In the years that followed, Teams became the center of the digital workplace for those working in Microsoft environments. Microsoft has continued to augment Teams with everything from Office apps to video conferencing.

According to  a recent blog post by Microsoft Teams VP Nicole Herskowitz, more than 270 million people rely on Teams for hybrid work and over 50% of organizations have standardized on Teams, according to a recent Morgan Stanley CIO survey.

Microsoft has now announced a number of upgrades that are on the way, some of which were unveiled over the past few months. Taken together, the new additions aim to make hybrid and remote working easier.

One of the hardest things to decide in the hybrid context is when workers should work from home or when they should report to a central office. Citing its recent workplace research, Microsoft noted that 38% of hybrid employees say their biggest challenge is knowing when and why to come into the office, while only 28% of companies have established team agreements about who will be working from where.

Microsoft is introducing Outlook RSVP in an effort to coordinate this. Outlook RSVP allows users to indicate when responding to a meeting invite whether you plan to join in person or virtually. These new RSVP options are expected to be available in public preview in Outlook on the web in the second quarter of 2022.

More than 50% of hybrid workers are considering going fully remote in the year ahead, according to Microsoft data. With that demand for more flexibility and mobility, the days of a fixed desk phone in a fixed office are over.

Teams Phone will soon offer a mobile-first experience with Operator Connect Mobile. The service acts in partnership with some of the world’s biggest telecom operators including BT, Rogers, Swisscom, Telia and Verizon. The result is a single phone number, whether sitting at a desk in a central office or working remotely on your mobile device.

In late 2021, Microsoft announced Teams Connect shared channels, which enable collaboration with people inside and outside the organization in a shared workspace. Participants can communicate, schedule a meeting, share files and collaborate on apps without switching accounts. Shared channels for Teams Connect will enter preview at the end of this month.

Expect more on these releases in the coming weeks and months.

Google Brushes Up Its Smart Canvas

Over the last few years, Mountain View, Calif.-based Google has been adding new functionality and features to Gmail to make it a place to work, and not just an email app.

A new release this week focuses on the interaction of Google Docs and Gmail. Google Docs email draft template allows multiple users to draft emails. Once complete, there is an export to Gmail option with the relevant fields automatically populated.

But the release is bigger than just Gmail and ties back to Google's development of its Smart Canvas. The company introduced Smart Canvas at Google I/O last year. Smart Canvas pulls together a number of collaborative tools aimed at improving how Google Docs, Google Sheets and Google Slides work together. Make no mistake, Smart Canvas is not a suite of new products but is what Google describes as a 'new product experience' that enhances the already existing features in Google apps.

The launch is built on the Smart Canvas “@ menu" which allows users to perform different actions.

"We are making it easy to collaborate on an email draft in Docs with the new email draft template,” Google stated in a blog post about the new feature. The feature was first teased in February and is now starting to roll out to all Google Workspace customers, as well as legacy G Suite Basic and Business customers.

The email draft template follows other recent releases to Smart Canvas. For example, last month it added automated document summaries and the ability to embed Google Maps into documents.

It also introduced “pageless format” in Docs last month, which removes the boundaries of a document page, while it suggested that formula corrections in iSheets spreadsheets were on the way. Workspaces is not Microsoft 365, but it has most of the collaboration tools an average worker needs. With Smart Canvas developing rapidly, it continues to offer organizations a viable alternative to Microsoft with a much lower price tag.

Meanwhile, Austin, Texas-based Zoho recently upgraded its low-code offering, Zoho Creator Platform. With 15 years of expertise in low code now under its belt, the company states the new unified development platform allows both IT teams and business users to build sophisticated, modern and compliant solutions through a low-code experience.

The Zoho Creator Platform integrates digital data and processes to facilitate the creation of agile solutions for business users and IT teams alike.

Last month, Zoho announced its Workplace had experienced 34% year-to-year growth, with more than 40% of the new migrations coming from Google and Microsoft. The company reported strong momentum across all segments, with the SMB customer base increasing 40%, mid-sized surging 36%, and enterprises expanding by more than 20%.

With low-code/no-code options gaining in popularity, the revamped platform will likely increase Zoho's traction in both the SMB and enterprise space.

Meanwhile, in what looks to be an interesting advance in the development of artificial general intelligence, Washington, DC-based FutureAI unveiled a new technology which enables its flagship Brain Simulator technology to comprehend 3-D objects found in 3-D environments.

The new technology is based on concepts learned over three years' of development on the Brain Simulator. The company states its artificial entity (known as Sallie) is now able to learn from real-world environments.

Sallie demonstrates a fundamental understanding of physical objects in reality, cause and effect, and the passage of time. To do that, it uses mobile sensory pods that help the system to learn so that it can subsequently work better with people. This is in contrast to robots which are programmed directly to help people.

The idea is that the system will use the knowledge it acquires in other applications, including personal assistants like Alexa and Siri, automated customer service systems, and other robots like Boston Dynamics’ Spot. Current development by FutureAI is migrating Sallie to a real-world robotic system.

FutureAI recently raised $2 million in private investment which the company states it will use to expand its team and accelerate the development of its technology, including algorithms like the Universal Knowledge Store (UKS), which aggregates different types of information and creates connections between them, similar to the cognitive processes of human intelligence.

Laserfiche Teams Up with Girls Who Code

Finally this week, Long Beach, Calif.-based content management and BPA provider Laserfiche has announced a partnership with New York City-based nonprofit organization Girls Who Code, whose mission is to close the gender gap in technology and computing.

Girls Who Code has reached more than 500 million people globally and 450,000 girls ranging from elementary school through college through its programming since its launch in 2012. Half of the girls it works with come from historically underrepresented groups in the technology industry.

"Girls Who Code aims to change the image of what a programmer looks like and does," said Girls Who Code CEO Tarika Barrett in a statement announcing the partnership. The timing of the announcement coincided with International Women's Day, a day to celebrate the achievements of women as well as to highlight persisting gender gaps.