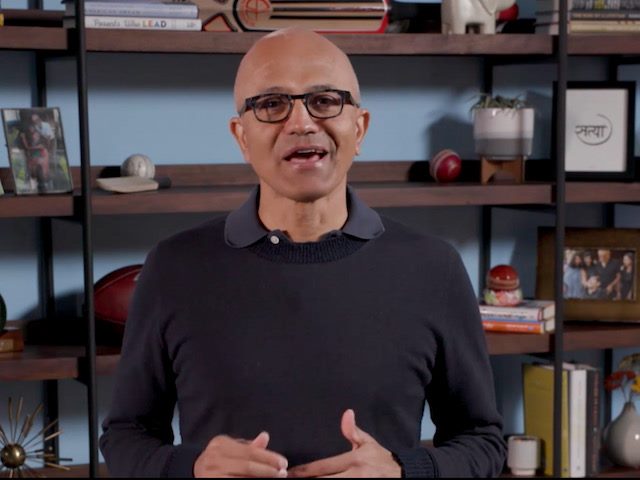 Microsoft Viva – Who Is It For?

Microsoft launched its new Viva offering on Feb. 4 to an overwhelmingly positive response. Pitched as an "employee experience platform," the goal is to tie together "engagement, learning, wellbeing and knowledge discovery, directly into the flow of people’s work." But what is Microsoft’s actual positioning, and how much of what is currently on offer about marketing?

Not all of this is new. Connections is a SharePoint home site. Viva Topics is based on Project Cortex, which Microsoft introduced in 2019.

However, Microsoft is making positive strides in bringing its tools together. By packaging it with the Viva brand, its messaging around the purpose and use cases for the Microsoft 365 elements on which Viva builds is looking more coherent and relatable. Bringing in the learning element and addressing an HR audience is also a savvy move, endorsed by HR tech heavyweight Josh Bersin, but it is clearly early days in this regard.

What Kind of Company Would Buy Microsoft Viva?

From what Microsoft has revealed about Viva so far, I see a mix of elements, some of which are better suited to smaller companies, and others that only really deliver at an enterprise scale.

Take the intranet element, for example. The Teams integration embeds a SharePoint site into the Microsoft Teams tool bar with your company’s logo as the icon. As far as I can tell, this is a single SharePoint hub site, relying on the new SharePoint app bar supporting global navigation.

A hub site can roll up content from associated sites, but most larger companies have much more complex intranet demands that involve multiple locations and divisions. I’ve every hope that SharePoint will continue to evolve and fill the gaps, but until then it’s going to mostly feel like a small SharePoint intranet using Teams as the browser. It’s not clear that the ‘Viva’ element adds anything on top for enterprise scale.

Viva Learning also sounds like the kind of solution that will appeal to smaller companies that currently have nothing. Most large companies will already have a learning platform, and these won’t just be about delivering courseware but will tie in to development planning systems too.

By contrast, Microsoft Topics feels like a solution to a genuinely enterprise-scale issue. This article by David Lavenda looking at the Cortex tool that underpins it describes it well. In a large organization, there are hundreds of acronyms, jargon terms and project names that float around. A system that defines them consistently, and intelligently pops up that definition in other places, such as in emails and in documents is valuable (though it doesn’t sound like an app to pin to your daily toolbar).

Microsoft claims that AI will do it automatically, but just like enterprise search, the reality is heavily dependent on having quality, well-structured content to begin with. Curating all of that isn’t an easy effort and takes resources that only a larger entity is likely to have.

Microsoft's Pitch to HR as the Digital Decision-Maker

Microsoft is clearly trying to appeal to HR with the employee experience pitch. Although IT has successfully championed many Office 365 deployments, there’s often a sense that these deployments happen in isolation, without backing from the business. Compared to Internal Communications, HR budgets are often larger, and HR as a function tends to have more influence in the C-Suite.

A few commentators have celebrated this move, but we need to ask if Viva is what HR wants from a digital suite. After all, there are some large, entrenched players such as Workday, Peoplesoft and SAP Success Factors. These tend to cover the transactional end of HR processes but have been less strong on the wellbeing angle that Viva Insights is targeting. In that respect Microsoft is actually taking on the "pulse survey" sector, such as 15Five, Qualtrics, Culture Amp and Peakon.

There’s certainly growing interest in more regular and quantified employee insight, but the rival offers tend to be about neatly filling a gap. Workday notably just acquired Peakon, for example. Viva’s offering is likely to be seen as a bonus if HR currently have nothing, rather than a strategic platform choice. Smaller organizations are much more likely to prioritize HR process automation first.

Related Article: How the CIO and CHRO Will Rethink Employee Experience Together

A New Kind or Intranet, or Just Another Hub?

At this point, we might wonder why Microsoft wants a new umbrella term of Viva anyhow, rather than the familiarity of the Microsoft 365 brand (or is it still Office 365?).

Its announcement leaned heavily on an integration message: “an integrated experience that empowers people and teams to be their best.” So it wants it to appear as a single entity, but this falls into the trap of what I call the “myth of the digital workplace hub.”

The first issue is that nobody starts their workday from the same entry point. Microsoft states that Viva brings things “… directly into the flow of people’s work.” But a person’s flow of work is very task dependent. It will be in the flow for knowledge workers who largely collaborate in a semi-structured way around Microsoft Teams. It will be considerably less in the flow for frontline workers, who may use role-specific applications, and for specialists who use dedicated workflow applications such as engineering CAD systems, case-management tools or logistics scheduling software.

The second issue is that in stuffing everything into Teams as the gateway, the purpose of Teams itself gets muddled. If I am partway through a learning module, do I really want to see all those chat and meeting alerts stacking up in the same interface?

Indeed, on all counts an employee experience platform should prioritize the ease of HR transactions and the often-fragmented UX over anything else. Microsoft has shown further intent in this HR transaction space, for example by developing Shifts in Teams for schedule management. It could well be that we see Viva evolving substantially on this front, just as Dynamics has made inroads into the CRM space by leveraging its Microsoft integration (see also: "What Microservices Bring to the Digital Workplace").

In time, Viva may grow into the shoes of being an employee experience platform, but the current announcement only covers a very few bases. Those look like some very big shoes for Microsoft to fill, but its track record of steadily chipping away at reasons to stray from its ecosystem makes me think it could pull it off if it can keep up the momentum.

Editor's Note: The article has been updated to reflect that Viva Topics is not the same as Project Syntex, but rather is based on Project Cortex. Also, the intranets element does rely on the SharePoint app bar for global navigation, which the original article stated it did not.