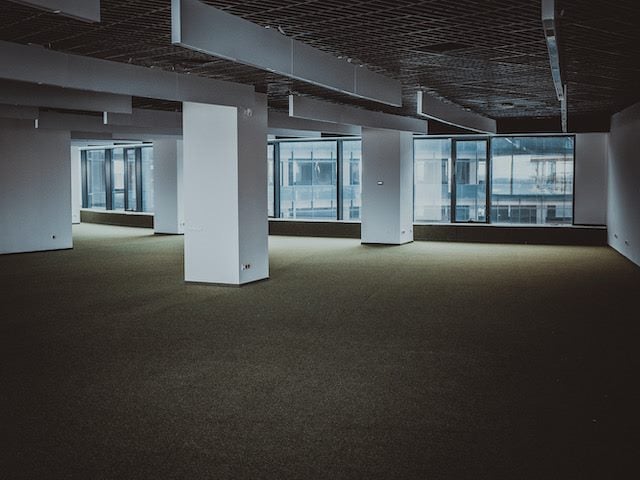 Minimum Viable Office Is the Future

Many people believe we should return to a one-dimensional way of work. Some are actively advocating for a return to the office, while others argue that the forces-that-be — principally leaders of businesses — will compel employees back into the office, even when the majority of workers are opposed to it.

But in recent months, return to office plans have been rescheduled time after time because of COVID-19 waves. And as the months pass, more CEOs are beginning to relent on previously aggressive back to the office plans.

“We are seeing policies slip in real time. There was previously all this talk about how, for white-collar jobs, collaborating in the office was important. That’s slipping. Now, only the people who need to turn a screwdriver need to be in the office.”

We are seeing a rapid softening of the back-to-the-office speak in the C-Suite, and a gradual adoption of what might be called 'Minimum Viable Office': people will spend the minimum time in the office and commuting.

What's Behind the Minimum Viable Office?

A Buffer survey of over 2000 knowledge workers in 16 countries found: 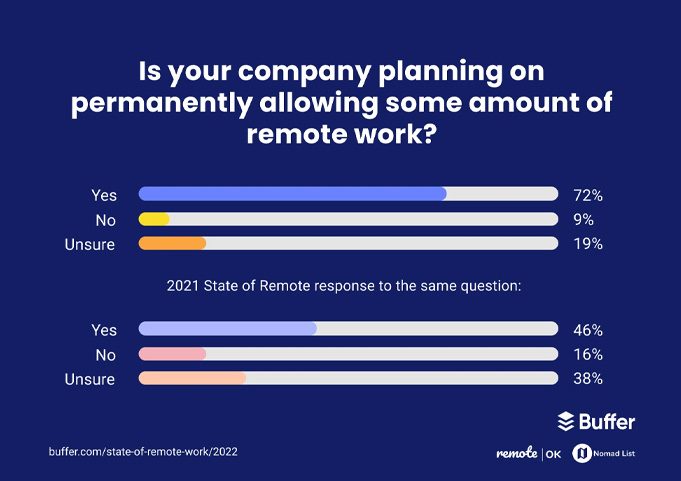 New economic research by Arjun Ramani and Nicholas Bloom collated data from Zillow and the US Postal Service that demonstrated what they call "The Donut Effect." Knowledge workers are voting with their feet, moving beyond the conventional one or two hour commute range from dense urban centers, like New York City and San Francisco. This indicates — as with the Buffer survey — that these workers expect their employers — or new employers — will require them back in the office much less than five days a week. Recent survey data shows three days a week of work outside the office will likely become the norm for workers able to do their jobs from home.

Adam Ozimek of Upwork mirrored those findings based on a survey of more than 20,000, calculating that 14 to 23 million Americans are planning to move as a result of minimum viable office policies taking hold.

Announcements from leading employers are reflecting these realities, detailed here and here:

These companies are high-visibility and high status, but even they are confronted with a mutiny: workers don’t want the headaches and costs associated with commuting, office politics and threats to well-being.

Steve Hatfield, a principal and global leader of Future of Work for Deloitte was interviewed about Deloitte’s ‘Return-to-Work’ survey of business leaders plans. The bottom line is this: "Two-thirds of businesses say they will be implementing some sort of hybrid model that combines in-person and remote configurations."

It appears that worker reluctance and the adoption of new skills to make distributed workforces effective have made a big dent in companies’ former reluctance to accept the minimum viable office model.

Related Article: Are We Headed for a Remote Work Standoff?

Why Some Don’t Believe Hybrid Working Will Stick

Two articles motivated me to write this. Behavioral scientist and author Jon Levy thinks "The Hybrid Workplace Probably Won’t Last." He makes some truly questionable arguments, the worst of which is this:

"Having some commuting time, whether it’s walking, on public transit, or in a car, gives us an opportunity to let our minds wander and explore ideas. In these moments, you replay conversations from the day. Maybe you plan your discussion with your boss about a raise. You have time to process."

When I think back to my commuting days, I don’t recall blissfully thinking deep thoughts while snarled in traffic.

And then he veers into the offensive:

"Office life forces transitions and breaks throughout the day, as people shift between meeting rooms, desks, and meals and coffee. Of course, remote workers can plan breaks into their days, but most people aren’t very good at putting boundaries on their time."

Which is just insulting. He continues in that vein:

"Given all this, is it possible to have a well-functioning workforce that is largely but not entirely remote and only occasionally comes together? Only with a great deal of effort.

Employees would need constant reminders about who their team members are, so people who aren’t working in person aren’t forgotten or passed over by those who are."

I don’t think we are children who forget our team members.

In "Why Hybrid Working Won’t Stick," Sam Marshall started out making the case for minimum viable office (although he calls it hybrid work), saying it’s the rational choice. However, he doesn’t think leaders will go along with it. Marshall succinctly lays out the positives, and then drops this bombshell:

"Senior people in organizations tend to be more extroverted. These leaders became successful due to their in-person style and often charisma. A hybrid model weakens their ability to function well .... Extroverted leaders are also less likely to intuitively grasp the befits of hybrid working because it goes against their natural inclination to socialize. The pattern becomes self-perpetuating if the organization also promotes 'people like me.'"

I think Marshall’s argument fails to take into account the leverage that in-demand knowledge workers have gained in such a tight labor market. Businesses are already allowing people to visit the office much, much less. Considering that it costs the businesses nothing — and saves money for the employers (real estate) and employees (reducing commuting and work-related expenses) — the incentives line up for minimum viable office. And of course, not all senior leaders are unenlightened and self-centered.

Yes, senior execs might have puffed out their chests in the first year of the pandemic about back-to-the-office and all the reasons why, but after years of increased productivity and a newly radicalized workforce, they are backing down.

Minimum viable office has everything going for it, with the exception of creating a smaller testament to the leader’s greatness, as headquarters shrink or disappear altogether. As Deyan Sudjic wrote:

"Architecture feeds the egos of the susceptible. They grow more and more dependent on it to the point where architecture becomes an end in itself, seducing its addicts as they build more and more on an ever larger scale. Building is the means by which the egotism of the individual is expressed in its most naked form: the Edifice Complex."