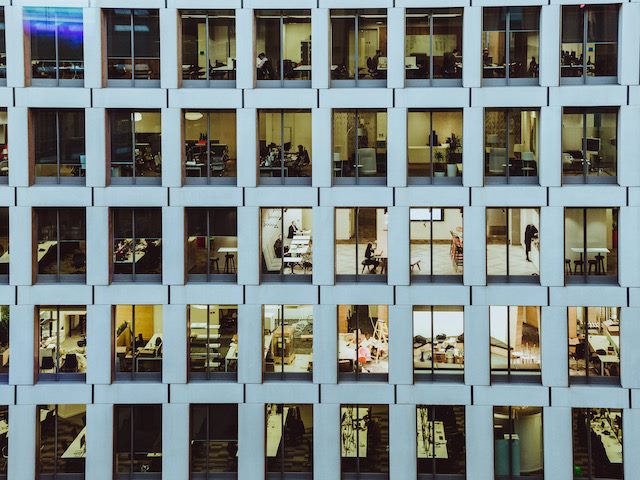 Phil Gervasi: Why End-to-End Visibility Is a Must-Have in the Hybrid Workplace

As a former high school teacher, Phil Gervasi knows the importance of keeping your audience’s attention. In fact, it’s one of the most important lessons he learned from his students.

“Being a teacher taught me that any time I’m presenting or writing, it’s important to make the content as relevant and meaningful as possible so my audience can walk away feeling like it was worth their time and they learned something,” said Gervasi. “I bring this lesson to every presentation, webinar and blog post I produce.”

Today, as senior technical evangelist at Riverbed, Gervasi uses his experience as a network engineer to prove to customers how the company’s solutions can benefit them. Riverbed is a San Francisco-based network and application performance platform provider, and a sponsor of Simpler Media Group’s virtual Digital Workplace Experience (DWX) Conference. Gervasi recently presented the session, “Designing End to End Visibility for a Distributed Workplace.” We spoke with him to find out more about the importance of having complete visibility into networks and applications across the enterprise, especially as it relates to the hybrid workforce.

What Hybrid Work Means for IT Teams

Simpler Media Group: The shift to hybrid work has forced organizations to change or adapt many of their systems and processes. What would you say are some of the biggest shifts IT teams and organizations have had to make to support a successful hybrid workplace?

Phil Gervasi: It’s important to remember that the switch to hybrid workplaces isn’t just the shift toward folks working from anywhere, but the applications being delivered from anywhere, too. For example, the front end of a web application could be distributed in the public cloud, while the back end is talking to servers in a server room down the hall, or at the colocation facility the organization is renting.

For IT, this means knowing where everything is and how those things are communicating with each other. Getting that kind of visibility has been hard, especially with people at home using personal devices. It’s the same for applications. For example, Riverbed doesn't own Amazon or Microsoft, so we don’t have the same level of visibility in AWS or in Azure that we have in our own data center sitting in San Francisco.

Another thing IT teams really struggle with is doing more with less while managing divergent and disparate technology. This forces the idea of breaking down silos, which has always been challenging — especially in large organizations. Gone are the days when you had a rack of servers down the hall and everyone’s in the same building. Network engineers need to know how to deploy in the cloud and onsite. Engineers must learn new skills and technologies on top of already managing a big network, which can be tough.

The Critical Need for End-to-End Visibility

SMG: When you talk about end-to-end visibility for a hybrid workforce, what does this mean? Can you walk us through each component that organizations should consider?

Gervasi: End-to-end visibility is the ability to see and understand what’s happening from the source of a web app or service — like voice over IP — to the end user, and everything that goes on in the middle. But many times we don’t have all the data we need because we’re dealing with components we don’t own or manage. For example, if an end user is consuming a web app on their device at home, they’re accessing it over the public internet. It’s hard to get visibility from that last-mile service provider.

When it comes to data centers, organizations might be managing their own onsite, in addition to one on AWS or on Azure. Within that ecosystem, there are database servers here, front-end servers over there, and they’re all talking to each other. Servers may also have different clouds. So, rather than being a straight line from the application or service to the end user, it’s a big squiggle. There’s a mesh of things happening in the cloud end, which looks like one endpoint, but is really more complex.

Things get even more complicated when you add in encrypted traffic, overlays in modern networking — including SD-WANs that improve throughput and performance — and wireless connectivity components. Think about how many people operate all day on wireless and rarely plug in. All of these different technologies make end-to-end visibility incredibly difficult.

SMG: What does having end-to-end visibility allow organizations to achieve? How does it help improve the employee experience and the digital workplace?

Gervasi: Ultimately, we want visibility to ensure the application or service is delivered with good performance and provides a good end-user digital experience. And while there are gaps, we can infer visibility in those gaps based on other data. First, we can analyze how long it takes for a server to receive an acknowledgement. Then, we can capture as much data as possible from the end user, and as much data as possible from the data center — whether public cloud or private.

From there, we can infer a couple of things about what's going on in the middle. While the components I own and manage — like the routers, switches and firewalls — may be processing information very quickly, there could be something happening in the service provider world that’s slowing down the process. Once we have those identified, we can take measures to improve performance.

Biggest Obstacles to Data Visibility and How to Overcome Them

SMG: What are some of the biggest challenges organizations face when trying to gain visibility into all the different facets of the digital workplace?

Gervasi: In today’s infrastructure environment, one of the biggest challenges is the volume and type of data that organizations need to collect and have visibility into. With so much data to manage, you’d need an entire team of data scientists just doing visibility. Most organizations can’t do this. It’s a struggle because you’re now collecting traditional information such as flows, logs and SNMP. You’re capturing device data like subroutine information using API calls. And you’re also capturing encrypted data — headers of packets, metadata, time stamps and cloud log information. This becomes an IT operations problem and teams need to figure out how to manage it.

The other challenge is a lack of visibility into parts of the network we don’t own or manage. And while technologies like SD-WAN, public cloud and SaaS provide good, mission-critical services, they add to the data deluge, making visibility even more difficult.

Finally, many organizations find it difficult to measure the user experience. Typically, this involves a pop-up survey with a simple question like: How was your experience today? And the user chooses from a series of smiley or frowning faces. However, that’s very subjective. In the future we’ll see more ways to measure this sentiment objectively by pulling together hard metrics like wait times, hangs or errors to come up with a more complete understanding of the user’s digital experience. That’s part of what we do at Riverbed. We help organizations measure remote employee experiences through application interactions.

SMG: What are your most important recommendations for IT teams that want to achieve end-to-end visibility?

Gervasi: My first recommendation is to capture data from both ends because it allows you to uncover what’s happening in the middle. Second, start with a variety of data — not just SNMP or flows — because you need to have a complete picture. For example, we may have a lot of devices in the stream of application that don’t provide flows. So, if you’re only collecting flow data, you’re missing information.

In a practical sense this could mean deploying agents on company laptops when people are working from home, using virtual machines for those in a branch office, visibility tools in the data center and the server side, and collecting logs from SaaS providers. Then you can start piecing things together in platforms that sit between those ends.

Trends to Watch in the Tomorrow’s Digital Workplace

SMG: What comes next for the digital workplace? What’s the next major trend organizations should be prepared for?

Gervasi: Because of the nature of the distributed workforce, as well as disparate applications and servers, one of the most important trends I see is pushing security closer to the endpoint. While we’ll still do perimeter security, it’s not going to be a priority in the future. Instead, we’ll see true enterprise-grade security pushed down to servers, containers, and to end points folks are using.

I also see the exponential growth of compute power pushing us further into the cloud, with less happening locally, especially as legacy applications start to drop off. This growth will allow us to do more innovative things. Crunching gigantic data sets is also going to get easier as we increase compute power to do this at scale so we can see more advances in machine learning and AI. By automating this process, we can take this tremendous volume of divergent data and correlate all of those data points in order to find out why an application is performing poorly and work to ensure our employees have the best digital experience possible. 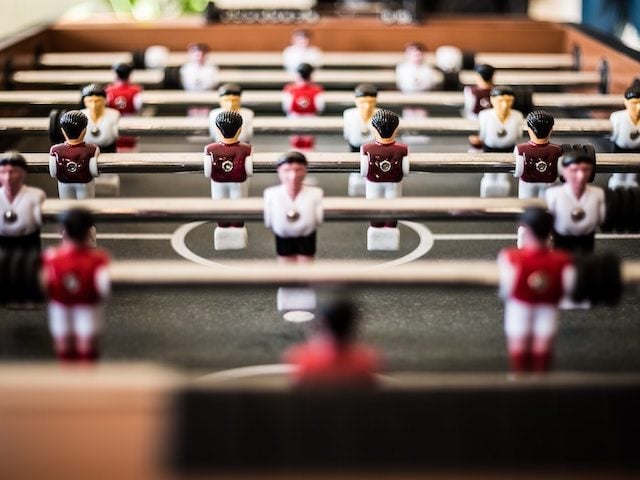 Why Organizations Should Focus on Agile Rather Than Matrixed Teams 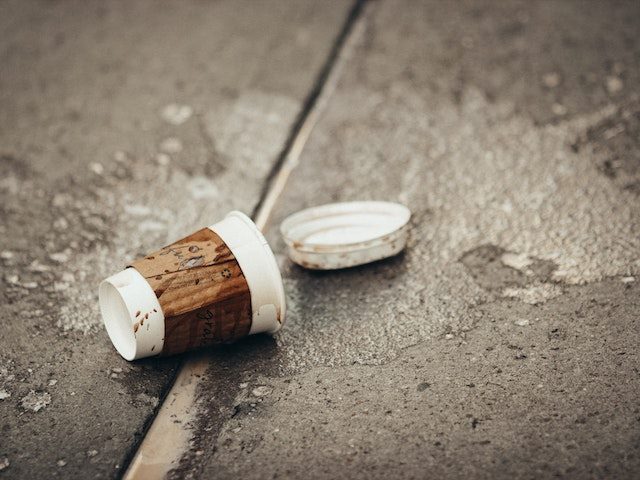 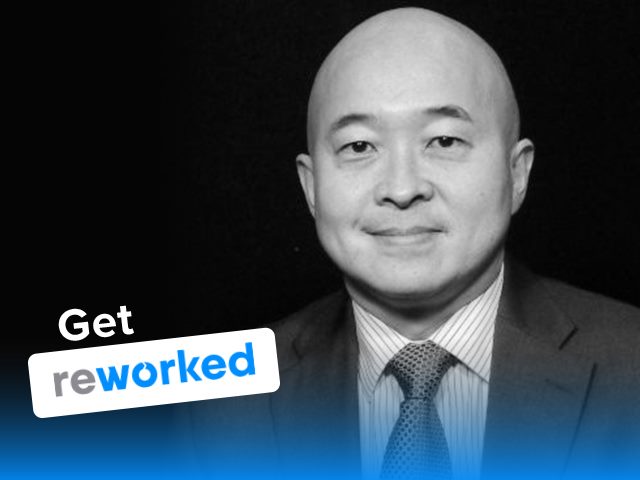 Get Reworked Podcast: The Digital Workplace as an Ecosystem