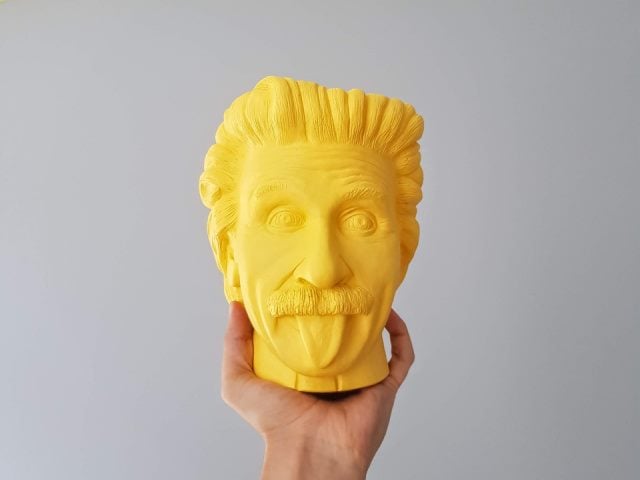 Salesforce's acquisition of Slack grabbed the headlines in the tech and mainstream press alike, but there were other things going on at Salesforce.

In fact, during the annual Dreamforce conference which, like most other conferences this year, was a virtual event, Salesforce announced new additions to its platform that will have implications for customer experience and the digital workplace, too.

It's hard to pick one announcement that stood above the rest, leaving Slack aside, but the introduction of Einstein Automate – an end-to-end workflow automation solution that empowers people and businesses to be more productive – has to be the most important for employees struggling to meet business goals from remote offices.

Einstein is an artificial intelligence (AI) technology developed for the Salesforce Customer Success Platform and is now available across the company's core cloud products. It delivers automation capabilities that enable anyone in a company to build intelligent workflows and integrate data across any system with clicks, not code.

With the amount of data now being created during most customer interactions, the need to manage this data, which comes from a huge number of systems and silos across the enterprise, has never been greater.

The growth in the amount of data and the impact it is having on digital transformation has created the need for a technology platform to drive productivity with intelligent, automated workflows and data integration. However, according to Salesforce, only 25 percent of IT leaders say their current technology maximizes employee productivity. As a result, organizations are increasingly turning to new workflow automation technology to help employees become more productive and do their best work.

Einstein Automate solves this problem with several products designed to improve workflows. Take for example Flow Orchestrator, a low-code workflow development tool that allows users to compose workflows that automate complex, multi-user processes and approvals. With it, users can speed up projects and processes with AI-generated next steps and recommendations that prompt users through processes and quickly identify bottlenecks.

Salesforce has also pulled its MuleSoft acquisition into the mix. Salesforce bought it for $6.5 billion in 2018 and it enables IT to more easily build complex integrations between applications across the enterprise and the Salesforce product family.

There are many other examples of how Automate can be used. Business are already able to access more than 700 automation solutions built by Salesforce and its partners on the new Einstein Automate collection page on Salesforce AppExchange. Among them are solutions for robotic process automation (RPA), Einstein Bots, flow templates, actions and components, MuleSoft connectors and process libraries among other solutions.

There is also a suite of resources and no-code tools called OmniStudio that includes pre-built guided experiences, templates and more to allow users to deploy digital-first experiences like licensing and permit applications quickly and with ease.

The Flow Orchestrator will not be available in beta until next summer, while the MuleSoft component will be available in early 2021. OmniStudio updates and the Einstein connections collection are available now.

Zoom Gets Cozy With AWS

Meanwhile, if much of the attention focused on San Jose-based Zoom over the past eight months has been on the phenomenal growth in users as workers went home to remote workplaces, as well as its privacy woes, there have also been questions about who would provide its tech infrastructure needs.

Oracle, for example, said last April that it expected to become the major player in meeting Zoom’s core needs after Oracle announced it would join cloud rivals AWS and Microsoft Azure in providing support to Zoom.

That was then and this is now. Earlier this week, Amazon Web Services (AWS) announced that Zoom has selected AWS as its preferred cloud provider, which must have caused some annoyance over at Redwood City, Calif.-based Oracle. The new multi-year agreement extends the long-standing relationship between the two companies, enabling Zoom to rapidly scale its service and meet the challenges brought by the explosion in remote working.

The result is that Zoom will continue to use AWS’s global infrastructure and portfolio of services – including capabilities in computing, storage, content distribution and security – to create a seamless, secure extension of its data centers.

In addition, AWS and Zoom are collaborating to develop new solutions for Zoom’s enterprise users, deepen the integration of Zoom services with Amazon devices, and make it easier for organizations to rapidly scale.

They are also making it increasingly easy and secure for businesses to employ hybrid workplace models where employees move seamlessly between home and the office.

Microsoft has also been in the limelight, but not for the right reasons. At the beginning of November, Redmond, Wash.-based Microsoft released a new tool called Productivity Score into the digital workplace that is creating consternation among remote and digital workers who feel it enables workplace managers to excessively monitor what they are doing.

At the time and in response to critics, a spokesperson for Microsoft told the Guardian newspaper in the UK that productivity score is an opt-in experience that gives IT administrators insights about technology and infrastructure usage. Insights, the spokesperson said, are intended to help organizations make the most of their technology investments by addressing common pain points like long load times, inefficient document collaboration or poor network connectivity.

However, it seems that this was not enough and Microsoft has been obliged to take further action. In a further statement issued this week, the company has made two major changes:

Microsoft also pointed out that the remaining three measures in the product, Microsoft 365 App health, network connectivity and endpoint analytics, do not include user names. These measures use device-level identifiers so IT can troubleshoot endpoint, network and app issues to provide proactive tech support, minimizing disruptions and reducing help desk tickets.

In sum, it points out that Productivity Score is intended for troubleshooting connectivity or boot times, adding that the score should be understood as a metric of software adoption and usage, rather than employee performance tracking.

Whether this is enough to quiet the critics remains to be seen, but it is likely that we will be hearing more about this and other products that have included monitoring capabilities in their software.

Meanwhile, Atlanta-based AODocs, a rapidly growing content services platform provider (CSP), has announced the addition of a number of features that will enhance support for enterprise-scale deployments, improved low code configuration capabilities and updated interfaces for administrators and users.

In addition, the latest version of the platform also provides library scalability. AODocs can now manage a nearly limitless number of attachments per library by enabling customers to store attachments in Google Cloud Storage.

It is an interesting time for AODocs. At the end of last month, it came in at 368 on Deloitte’s Technology Fast 500 list, a ranking of the fastest growing technology, media, telecommunications, life sciences and energy tech companies in North America. Winners were selected based on fiscal year revenue growth from 2016 to 2019, and AODocs grew 266 percent during this three-year period.

Its new stable of digital workplace tools means that it offers organizations everything they need to run their businesses digitally from within the Microsoft ecosystem. As Microsoft Teams has increasingly become central to many people’s working day, Valo Connect brings an organization’s digital tools and content together into one, easy-to-use enterprise portal within Teams.

Valo Connect not only connects its existing tools, bringing them into a single place, it aggregates third party tools from outside the Microsoft ecosystem too.

The result is that users only need to go to one place to connect to people, conversations, news, information and content to have an efficient workday experience. In addition, as Valo Connect is part of the Microsoft 365 product suite, it can be accessed safely and securely anywhere on any device.