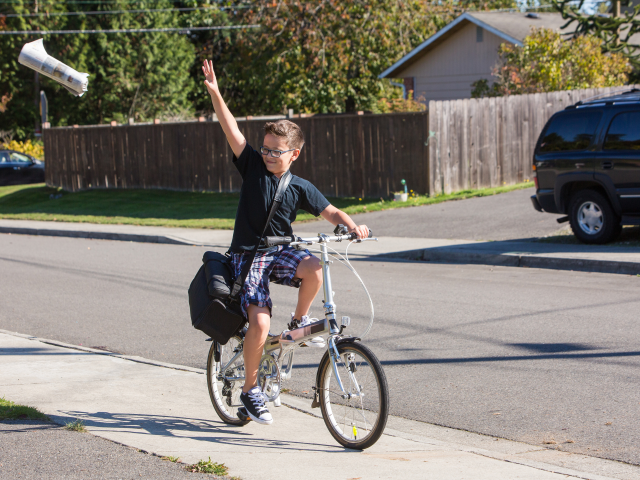 While the digital space continued to mull over the implications of the Salesforce acquisition of Slack, Microsoft just kept doing what it does and pushed out a bunch of new features for Teams that will add to its already impressive functionality.

The new additions were announced earlier this year at Ignite with promises that they would be released by the end of the year. Here we are and here are the new additions. There are several things to note but probably the most useful in terms of the digital workplace will be the introduction of breakout rooms for virtual conferences, and Together Mode.

To all intents and purposes, Breakout does exactly what you would expect. It offers rooms for conference participants to meet and gives the sense of attending a real conference. With the new addition, the meeting organizer can create up to 50 breakout rooms and choose to assign participants automatically or manually into rooms.

Microsoft is pushing this heavily as something that will help keep the party season alive when many people are working from home because of the pandemic, the party season will finish and this will be a considerable addition for companies that are heading into the new year with large remote workforces.

In fact, for those companies that have already built a Microsoft environment through Microsoft 365, this will offer companies a way of working without having to resort to Zoom. While there is nothing wrong with Zoom, which also provides meeting areas, Teams has the advantages of being able to pull many of the tools that exist across the Microsoft digital workplace into Teams for collaborative work in meeting rooms.

One more small addition this week is the extension of Together Mode which has been available on the desktop version of Microsoft Teams for a few months but is now accessible through their web browser.

Together mode slices up individual participants' video feeds and then puts them into a shared space so that meeting participants can experience the feeling of being in the same room as their colleagues, classmates or family members.

The coming months will be interesting for Teams. Once the Salesforce-Slack deal has been done and the dust settles, Salesforce will have to spend a lot of time working out where and how it will all fit. In the meantime, Microsoft will just keep building Teams out which should give a lead in the market that is just about unassailable. At least for the near future. There are several smaller products on the market now and no guarantees that one of them will not become the flavor of the new decade.

Meanwhile, Workplace from Facebook has just announced that it is closing its Workplace Essential freemium offering next February. Ironically, the decision to close Essential is being driven by the huge growth in traffic experience by all enterprise collaboration communications tools since the outbreak of the COVID-19 pandemic.

In fact, according to Facebook, Workplace went from three million paid users in October last year to five million in May, with new features like video chat rooms, groups, and connection with Portal home devices providing beneficial options for collaboration when managing remote teams.

Facebook introduced the Workplace Essential tier last year as part of a revamp of its pricing. It offers limited functionality and storage space, with additional features such as single sign-on and analytics available in Advanced and Enterprise products.

In a statement about the decision, Facebook said that since the decision to suppress the free version was driven by the need to provide better user experiences for workers. “Delivering on this vision requires focus and prioritization. To maintain the high quality product experience people expect from Workplace, we have decided to retire our free plan, Workplace Essential, from February 10, 2021,” the post reads.

Facebook's Advanced tier costs $4 per user each month, while the Enterprise tier is $8 per user per month.

Vice president and head of Workplace Karandeep Anand said in a blog post this week, “The world of work is changing at a rapid pace, and we’re committed to helping businesses navigate these challenging times. This change will enable us to introduce new features designed for a new world of work... Whatever the future holds, our focus remains the same: To make sure every employee is equally connected, informed, empowered and productive wherever they work and whatever they do.”

For those that do not want to upgrade, Facebook will also help them migrate their content elsewhere.

And while all this is going on, other companies are looking to build on the competition between the major players in the collaboration space. Lincoln, R.I.-based Spyglass MTG, for example, has just upgraded its Slack to Teams Migration Tool, developed with AVASOFT.

Among the new features is the option for enterprises to migrate using the Microsoft Import API, allowing for a five to ten times increase in migration speed when migrating from Slack Standard/Plus and Slack Enterprise.

The original launch was 18-months ago and, according to the company, it is attracting companies that feel they are too limited by Slack and who want to move into a Microsoft environment, or who want to make better use of existing licences.

While Slack provides decent collaboration software, Microsoft Teams is a full-blown enterprise solution for teamwork, allowing companies to govern their business on one platform, Microsoft 365 and provide their employees with a unified user experience.

The company also says that since the Salesforce acquisition of Slack was first mentioned, Spyglass has seen an increase in demand for migrations to Teams, with more companies looking at their existing Microsoft 365 licenses to decrease overall costs. The enhancements to the Slack to Teams Migration tool make it easier than ever to make this switch.

All this, of course, is just the state of play at the end of this year and before the deal is signed off. It is likely that early in the new year we will a lot more about this and clearer indications of the role Slack will play in the future. In the meantime, there will be other companies like Spyglass looking at ways to make a living out of the action upmarket.

One of the other questions that keeps coming up in respect of the digital workplace is the role of SharePoint and how many people are using it and for what. SharePoint is lots of things to lots of people so impossible to say what it is used for.

However, a blog post during week did give some insights into how many people are using it and what is going on with it. Based on keynotes given at the Microsoft 365 collaboration conference (virtual) Jeff Teper, Microsoft’s VP for Teams, told the audience that there are now 200 million people using SharePoint Online. This is quite a jump from the number of users announced at Ignite 2019 a little over a year ago when the figure was put at 100 million.

There was a lot of talk about the new features that have come online, or that are on the way, not least of which is news that it will also be expanding Teams. According to Teper, Microsoft will be bring in new sizing and search improvements while Team sizes are expanding. This means that the current upper limit of 10,000 people per team will be pushed to 25,000.

And there is more on the way. Teper outlined improvements made to its infrastructure over the past few years including investing in a new SharePoint storage, platform, and experience architecture deployed across more than 60 regional data centers.

The result, he said, was that they will be able to bring to market many new SharePoint-powered experiences in collaboration, media, protection, intelligence, custom solutions, and more in 2021. He did not go into detail about the changes of infrastructure.

In all it promises to be an interesting year ahead for SharePoint, particularly now as it looks like large numbers of people will be working remotely permanent basis and SharePoint’s role as a communication and collaboration platform that spans the entire enterprise.

Elsewhere, Pleasanton, Calif.-based Adapdix, which develops Edge AI automation and control software, has announced the completion of an $8M Series A funding round, led by WRVI Capital,

The company says it will the funds to build its position in the edge AI market. The EdgeOps platform monitors and detects equipment, such as factory robots, to alert engineers of a fault before it leads to a failure.