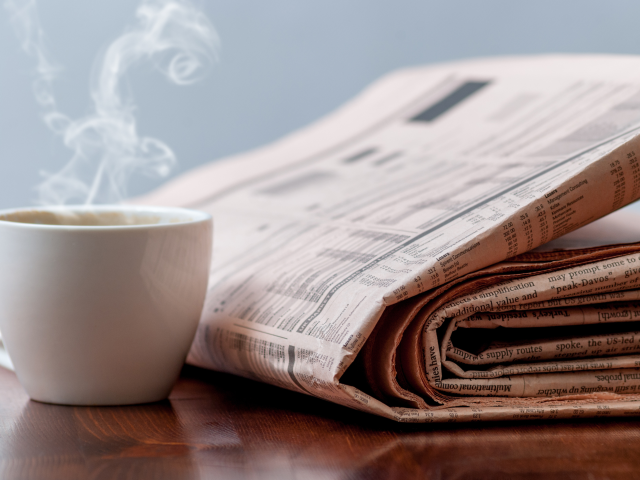 Since it first emerged in 2017, Teams has always played an important role in the development of Microsoft’s productivity strategy. Since the COVID-19 pandemic, and the move en masse to remote working, it has become the core of that strategy with Redmond, WA-based Microsoft increasingly tying all its different workplace releases into the Teams environment.

It is no surprise then, that in the preview of the new Windows 11 operating system, Teams has become an integral part of the Start menu. The result is that once it Windows 11 is launched, Teams will be integrated across the system

Explaining the move, Microsoft says you once it is released, users will be connect through text, chat, voice or video with all their personal contacts, anywhere, no matter the platform or device they’re on, across Windows, Android or iOS. More to the point, if the person they are trying to connect to on the other end has not downloaded the Teams app, they still connect with them via two-way SMS.

According to Microsoft, Teams reached 145 million daily active users back in April and launched the free consumer version of Teams in May. Earlier this month, the company previewed a new “front row” layout that will come to the app later this year. It is designed to help improve hybrid work situations where some people are at the office and others are joining meetings remotely.

According to The Verge, the new OS will require new kinds of hardware that will leave behind millions of PCs that were sold when Windows 10 was launched. While this should provide and ideal situation for the further growth of Teams, there are already clouds on the horizon. However, its early days for users yet so probably best to wait to see it before deciding what to do.

Microsoft says it will also be introducing Snap Layouts, Snap Groups and Desktops to provide a more powerful way to multitask and stay on top of what you need to get done. These are new features designed to help uses organize their windows and optimize their screen real estate so they can see what you need just the way you want in a layout that is visually clean. Users can also create separate Desktops for each part of your life and customize them to your liking — imagine having a Desktop for work, gaming or school

According to the MS blog, Windows 11 will be available as a free download for existing Windows users during the 2021 holiday season so there is likely to be a lot more on this before then.

Facebook has also been upping its game in the workplace with the release of several upgrades for Workplace. The announcements were made at the Workplace Transform North America event recently and are designed to carry workers into the new hybrid workplace over the coming months.

The upgrades, Menlo Park, CA-based Workplace by Facebook explains, will respond to the new kind of worker that is likely to be deskless and even without email in certain circumstances. While this provides a huge opportunity for enterprises, it could also be a problem if the workers do not have the right tools. It goes without saying that there are improvements on the way right across the board, but for many workers the most important upgrades will be to the video and conferencing experience.

Workplace users will be able to connect leaders and employees in two-way conversations when you go Live, through a Q&A experience. New comments and question filters make sure your hosts do not miss any questions and everyone can follow the conversation. The net result, it is hoped will be to improve employee experiences by making all employees feel seen and heard.

There will also be Video Chapters, which is designed for the people who cannot tune in for live Q&A sessions, and employees who need to watch segments of a video again. The machine learning service automatically adds chapters to pre-recorded and live videos, so users can signpost video content when sharing it. Viewers can then simply choose the pieces of video they need to watch.

Finally, Workplace from Facebook has also added access through the Knowledge Library to new “cover pages.” The cover pages for categories means workers and teams can organize content more effectively and make it look a lot better — so teams find it more engaging. There is more too, including a translation feature that should make work easier.

What is not clear is where Workplace from Facebook is going. Facebook’s recent announcement of its Workplace platform reaching a milestone of 7 million paid subscribers was accompanied by another bit of news: more integration tools and plugins. However, given extraordinary growth of Teams and Google’s ongoing push with Google workspace deeper into enterprise, the road ahead for Facebook in the enterprise will be a tough one. Where it goes from here is anyone’s guess.

Knowledge Workers To Stay at Home

Meanwhile while most enterprises are currently trying to work out exactly what the shape of the new workplace will be, Gartner has been looking at who is likely to be working from home and who is likely to return to the office.

Gartner defines knowledge workers as those who are involved in knowledge-intensive occupations, such as writers, accountants, or engineers. It also defines a remote worker as an employee working away from their company, government, or customer site at least one full day a week (hybrid workers) or who work fully from home (fully remote workers).

It goes without saying that remote working varies considerably around the world depending on IT adoption, culture, and mix of industries. In 2022, 31% of all workers worldwide will be remote (a mix of hybrid and fully remote). The U.S., Gartner believes, will lead in terms of remote workers in 2022, accounting for 53% of the US workforce. Across Europe, U.K. remote workers will represent 52% of its workforce in 2022, while remote workers in Germany and France will account for 37% and 33%, respectively.

India and China will produce some of the largest numbers of remote workers, but their overall penetration rates will remain relatively low with 30% of workers in India being remote and 28% of workers in China working remote.

The implications for enterprises are enormous, not least for IT infrastructure which means that buyers will spend much of this year and probably into the future buying new tech with this in mind. Gartner also says that organizations will be forced to bring forward digital business transformation plans by at least five years. Those plans will have to adapt to a post-COVID-19 world that involves permanently higher adoption of remote work and digital touchpoints.

Digital products and services will play a big role in these digital transformation efforts. This longer strategic plan requires more investment in strategic remote-first technology continuity implementations along with new technologies such as hyperautomation, AI and collaboration technologies to open more flexibility of location choice in job roles.

Elsewhere, Amazon’s cloud services giant Amazon Web Services (AWS) is getting into the encrypted messaging business. Earlier this week it announced that it has bought Wickr, which has developed an end-to-end encrypted, communication technology.  Financial details of the transaction were not revealed.

With San Francisco-based Wickr, users get advanced security features across messaging, voice and video calling, file sharing, and collaboration. This gives security conscious enterprises and government agencies the ability to implement important governance and security controls to help them meet their compliance requirements.

The need for this type of secure communications is accelerating. With the move to hybrid work environments, due in part to the COVID-19 pandemic, enterprises and government agencies have a growing desire to protect their communications across many remote locations

AWS is offering Wickr services effective immediately and Wickr customers, channel, and business partners can continue to use Wickr’s services as they do today.

The Swedish SaaS company CheckProof has just announced a new funding of $2,5 million. CheckProof started as a reporting app, mainly aimed at machine contracting and aggregates processes. By now however, the product has developed into a digital platform for all industries requiring systematic work in Maintenance, Quality, HSE, and Production.

The platform connects Frontline with Office Management to operate efficient workflows where the analysis part has become more extensive. CheckProof has now secured a new funding round of $2,5 million, led by Midroc Invest, and is now enabled to a more intensive upscaling.

It also says they have some news product developments ahead of what was originally expected. opportunity to release earlier.